Whose Schools? Our Schools! 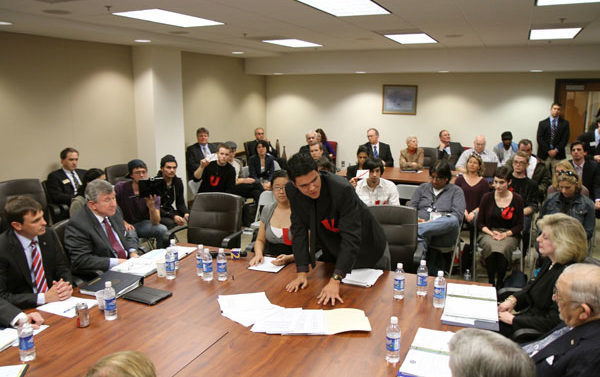 The regents of the University System of Georgia are rarely seen with any of the 311,000 students whose lives are directly influenced by their policies. Browsing the regents’ glamour shots and bios, it seems that only one of the 18 board members has a background in education—the rest are mega-successful corporate types with tons of experience in things like alcohol distribution, pulp and paper production, and financial and lending services.

But on Tuesday, Nov. 8, two students were permitted seats at the boardroom table to petition the regents to re-address a policy that bans undocumented students from attending the state’s five most selective public colleges and universities.

The policy, approved by the Board of Regents in October 2010, was implemented this fall. It forbids undocumented students from attending any public college or university that has had to reject a qualified Georgia resident during the previous two years. Only three states—Georgia, South Carolina and Alabama—formally ban undocumented immigrants from attending public institutions of higher education.

Juan Carlos Cardoza-Oquendo, a senior Foundation Fellow at the University of Georgia, and Keish Kim, a student at Athens-based Freedom University, formally addressed a Board of Regents subcommittee in a room packed with dozens more—students, professors and concerned community members—in opposition to the ban. 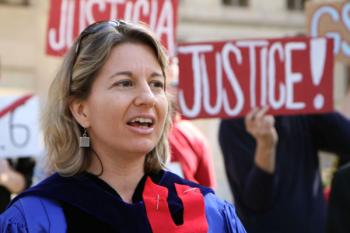 Although in recent years the Board of Regents has made several unpopular decisions regarding tuition and fees, the board’s secretary had never seen an outside individual or group request to speak at one of their infrequent meetings. Calling themselves the November Coalition, members of the Georgia Undocumented Youth Alliance (GUYA) used Board of Regents bylaws to petition to address the regents at their November meeting, with the endorsements of 16 other organizations. Those included national groups like the ACLU and the Southern Poverty Law Center, but also Athens-based organizations like the UGA chapter of Georgia Students for Public Higher Education, UGA GLOBES, Freedom University and the Athens Immigrant Rights Coalition.

The November Coalition called for the board to revisit its stance on undocumented students in light of two separate resolutions passed by UGA’s Franklin College Faculty Senate and Student Government Association, which condemned the ban and urged the regents to rescind the policy. (Since then, the UGA Graduate Student Association has passed a similar resolution.) Kim and Cardoza-Oquendo presented a petition of 2,000 signatures to the board, further substantiating the outrage of the governing bodies of the students and faculty at the state’s flagship institution, and the disapproval from many other outspoken groups. The petition calls for the repeal of the ban and for in-state tuition for undocumented students.

In his testimony to the board, Cardoza-Oquendo explained that the ban contradicts the board’s own mission statement, telling undocumented students that they are not allowed the same “intellectual growth and personal enrichment” that their peers are granted through higher education. He explained that Georgia has a lot to lose if the ban stays in effect, including the millions of dollars already invested in undocumented students who have gone to primary and secondary school here and call Georgia their home.

“I, and we as a coalition, believe that the policy is a step in a dangerous direction of exclusion and xenophobia, going against this state’s principles of fairness and everyone’s equal shot at success,” Cardoza-Oquendo stated. 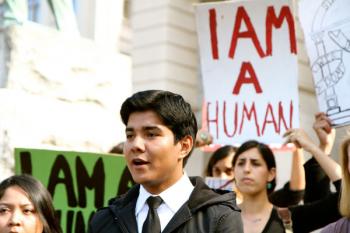 Kim, a student at Freedom University, which currently offers a free college-level course to academically qualified students regardless of immigration status [see Flagpole, Oct. 26], presented an emotional statement to the board. She “came out” to the board as an undocumented immigrant, forcing the BOR to confront an actual student whom the policy attacks.

“What will be the legacy of this body?” Cardoza-Oquendo asked. “Do you want it to be one of upholding the right of all people to the pursuit of happiness and equal opportunity, or one marked by the institution of a new era of segregation?”

Cardoza-Oquendo challenged the board to respond quickly and asked if they would take action in the coming month.

“That would be hard to predict at this time,” Regent Mansfield Jennings replied. “As you know, the board is not known for rapid decisions.”

Immediately following the students’ presentation, shouts interrupted the orderly meeting: a call-and-response “Mic check!” What followed was a statement to the Board of Regents, presented with what is known as the human microphone, the form of amplification used at the Occupy Wall Street protests. The voices condemned Policy 4.1.6 and questioned the legitimacy of the board, which is appointed by the governor and has no student representatives.

While Cardoza-Oquendo, Kim and several others left the room, the protesters unveiled a banner and chanted, “Whose schools? Our schools!” From the advocacy and activism at the Board of Regents meeting, it is clear that the grassroots movement to repeal the undocumented students ban, comprised of many different groups, is not afraid to use a diverse set of tactics to challenge the state’s most powerful institutions and their policies.