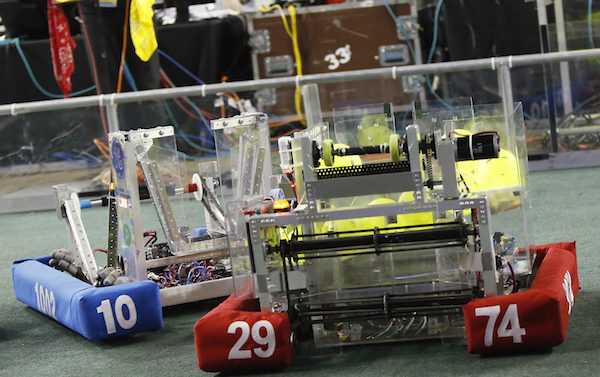 Teams were divided into two sides, red and blue. Each match consisted of three red and three blue teams—each with its own robot—competing to see which team could complete a series a tasks first.

Those teams, along with 12 others from Georgia, will participate in the national championship in Houston, which kicks off Apr. 19.

Chase Porter, a freshmen at Forsyth Central High School, places a sprocket into alignment during a match. 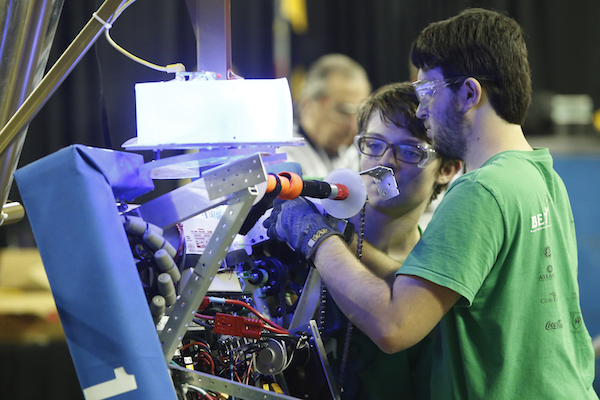 The defeated blue team removes one of their robots from the competition field after a match. 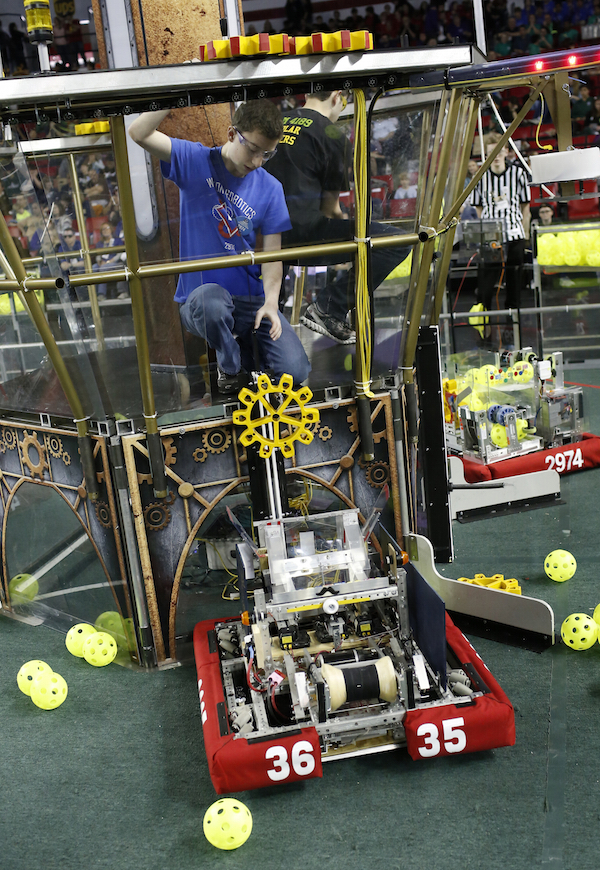 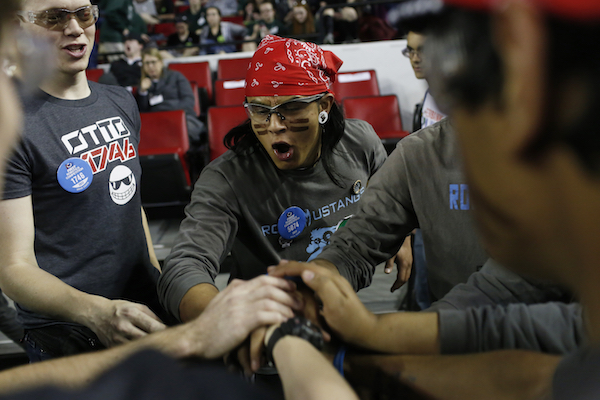 Jose Luna, a junior at Meadowcreek High School in Norcross, celebrates with teammates after winning the state championship match. Luna and his teammates camped out in Athens during the tournament because they lacked money for a hotel, but their sacrifice paid off. 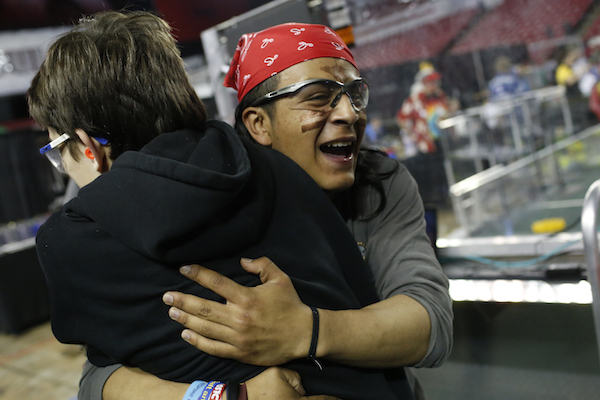 Win Tickets and Swag: All Them Witches Plays 40 Watt Thursday