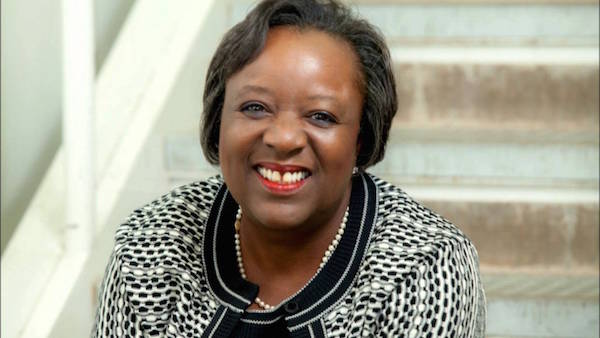 The Athens community’s support for the “Black Lives Matter” movement and protests against police brutality inspired Ricky Roberts, a local activist, to host an event to foster dialogue about these issues and unify the community on Saturday.

This event could also serve as the foundation of a support mechanism if an incident does happen in Athens, Roberts said.

“I don’t think that what happened in Ferguson is unique to Ferguson, that could happen anywhere,” she said.

Authors of the book Justice While Black, Robbin Shipp and Nick Chiles, delivered the keynote address.

The idea to write the book was catalyzed by the acquittal of Georgia Zimmerman, they said, and it focuses on why African Americans seem to be targets of the criminal justice system and how they can avoid becoming a victim.

Shipp recalled hearing the verdict for the Trayvon Martin case and being in a state of shock. She mourned the fact that they were in 2013, not 1956, when a young boy, Emmett Till, was lynched for allegedly flirting with a white woman, said Shipp, an attorney and former member of the Georgia House of Representatives.

Chiles, a Pulitzer Prize-winning journalist and New York Times bestselling author, has personal experience with the police’s greater focus on African Americans, he said, describing how his son was stopped by the police weekly when driving home to their Atlanta subdivision.

African Americans’ oppression is a cycle, Chiles said, and violence towards them decades ago resonates still today. The lynching and threatening of blacks in Forsyth County—once a majority—until they became a minute portion of the population is one example, he said, and that trend has continued. According to the 2010 census, 95 percent of the former Ku Klux Klan hotbed‘s population is white and only 0.7 percent black.

This cycle of oppression is the same in policing, Chiles said, and this could be a cause for the violence consistently making headlines recently. Some police officers today could have the same mindset of police from the early 1900s that were members of the KKK.

“Those cops who were trained by a guy who was a cop in 1905, they are still cops in 1970 and they trained new cops who are cops today,” he said.

There is also evidence that the criminal justice system has become a business, Chiles said. Incarceration rates do not have a connection to crime, but rather to money, he said.

Private contractors operating prisons exploit African Americans’ vulnerability in the criminal justice system to fill prisons for profit. This is how a sharp decrease in crime rates since the 1990s has coincided with incarceration rates  sharply increasing during that same time, he said.

“Don’t think that this explosion of incarceration of African Americans is an accident,” he said.

The authors offered solutions and tools to reduce violence toward blacks: People need to be well-informed on their rights to avoid implicating themselves or becoming a victim.

“The Constitution and its protections apply to all of us for a reason,” Shipp said.

Lack of knowledge about rights, especially for young people, could be caused by an inadequate education, plagued by spending cuts, Shipp said.

Voting for officials that can represent the African American community is important, Chiles said, but even in Baltimore, where several officials are black, Freddie Gray died while in custody under mysterious circumstances.

Using the power of money by boycotting can change situations drastically, such as the Montgomery, AL bus boycotts in the 1950s.

“I can’t even imagine attempting to get the black community collectively to do something for a year that is going to inconvenience them in incredible ways,” Shipp joked, but said these types of boycotts can be effective.

A member of the audience suggested the use of lawsuits against police after being abused, but Shipp reminded them that they still need solutions for intra-racial crime.

The African American community demonstrates a lack of respect for themselves, Shipp said, by killing people of their own race. But Shipp said she doesn’t believe this should be blamed for police’s focus on them. However, black-on-black crime should be protested as much as police brutality, she said.

“I do not want you to think that I believe that we have caused our own victimization by our failure to demonstrate our respect for ourselves,” she said, “But I do believe, and I am saying here today, that we cannot march and protest the death by a police officer of a young person of African descent and not march and protest the death of a young person by someone of the same race.”

At the event, Roberts also announced her establishment of the Community Empowerment Fund of Athens, which will help support low wage workers by using donations from the community.