Beyond the Bike: Why Complete Streets Are Good for Everyone 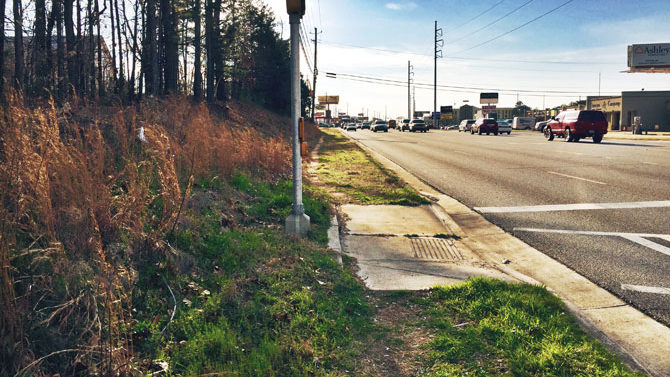 “Complete streets” to some feels like a loaded term, at risk of even being politicized, but in reality it is an elegant phrase used worldwide by city planners to describe streets that accommodate and encourage safe access for people who walk, bike, drive or ride transit. Perhaps the spirit of complete streets is better described by Canada-based international advocacy group 8 80 Cities: “If you create a great city for an 8-year-old and an 80-year-old, you will create a successful city for all people.”

Athenians interested in complete streets packed the Cine Lab on Mar. 21 to hear from special guest speaker Becky Katz, Atlanta’s newly appointed chief bicycle officer, who was invited to town by Complete Streets Athens. She was joined on a panel by Tyler Dewey, executive director of BikeAthens, and Elliott Caldwell, complete streets coordinator for Georgia Bikes.

A highlight of Katz’s presentation was the relatively subtle transformation of Ponce de Leon Avenue near Ponce City Market, where six and seven motor vehicle lanes were converted to two in each direction, a center turn lane and buffered bike lanes. Crosswalks were added and bus stops relocated to provide better, safer access to transit riders. The magical part is, motor vehicle crashes and congestion went down since this was implemented, highlighting how even relatively small changes can have big benefits.

“Transportation is personal,” Katz pointed out after showing a photo of the windshield her bike helmet smashed into last year, meaning that whatever mode we’re using at the moment is the one we feel is most important. Dewey later expanded on that thought, saying that people walking, people on bikes, people driving—we’re all just people who sometimes bend or break the rules in our own interests.

The key to good behavior, continued Dewey, is design that encourages predictability and provides visibility for all road users. An example of this is the mid-block crossing on Baxter Street near West Hancock Avenue, where shade trees in a central island draw attention and encourage walkers to cross there, while a raised crosswalk with bright outlines enhances visibility to drivers. On Lumpkin Street just south of Baxter, bright green paint in the bike lane creates contrast to help drivers notice people on bikes at one of the most bike/car crash-prone intersections in the state.

Interestingly, Ponce and our own Broad Street are the same road: U.S. Highway 78. At our end we have a road that—using the 8 80 Cities criteria—you certainly wouldn’t let an 8-year-old cross by himself, though there are areas where residents do need to cross on foot, whether it’s safe or not. Athens missed an opportunity in 2013 when our section of 78 was resurfaced by the Georgia Department of Transportation, a process that happens about every 10 years. The standing policy is to replace road markings as they were, but municipalities have the option to incorporate design changes if they are willing to cover any additional costs. The trouble is that unless county staff are actively watching the GDOT schedule, they get 30 days notice before the crews start to tear asphalt. It will take some community encouragement for the county to have a plan in place ahead of time when the next opportunity comes around in 2023.

It could be that GDOT will be more proactive by then in light of their adoption of a complete streets policy, which Caldwell said puts Georgia well ahead of other states in the Southeast. GDOT’s chief engineer and director of engineering wrote of the policy, “And we are a different, wiser department now—we no longer see our mission as highways always; rather highways all ways.”

And it seems there is growing support among Georgians for complete streets. Caldwell previewed data from a statewide poll conducted by Georgia Bikes (a report will be published this spring), highlighting that there is support across the board for complete streets policies and funding for infrastructure, even though there is low name recognition. Athens in particular showed very high support, “especially as it relates to safe routes to schools for children as well as connecting currently isolated communities to the rest of the city with sidewalks, bike lanes and multi-use paths.”