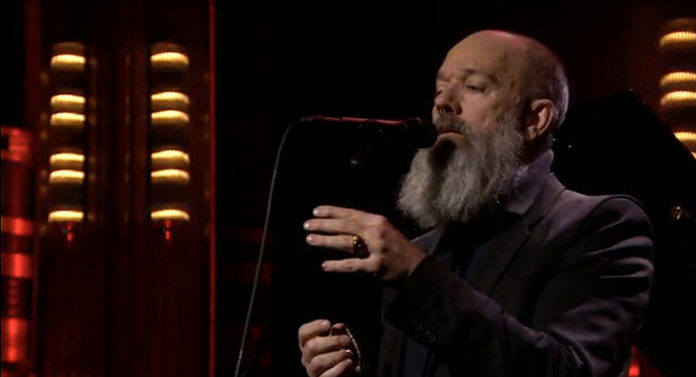 Former R.E.M. frontman Michael Stipe—who appears to be modeling his look after Luke in The Force Awakens these days—performed a spare, piano-driven rendition of David Bowie’s “The Man Who Sold the World” on “The Tonight Show” last night.

Stipe has rarely performed as a solo artist since R.E.M. broke up in 2011, but he’s also slated to sing at two Bowie memorial concerts Thursday and Friday in New York, along with Blondie, the Pixies, the Roots, Dinosaur Jr.’s J. Mascis, The Flaming Lips, Perry Farrell and other artists. The concerts can be live-streamed in exchange for a $5 donation to music education programs.

Stipe also paid tribute to Bowie in a statement to Flagpole after Bowie died in January.