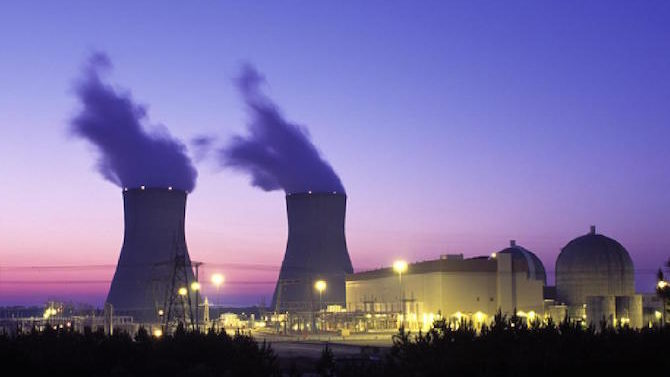 The executives of Southern Co. have been involved in two of the biggest boondoggles in U.S. industrial history. Georgia Power, the largest of Southern’s subsidiaries, is bogged down with the construction of two nuclear reactors at Plant Vogtle that are about $3.6 billion over budget and nearly four years behind schedule.

Mississippi Power, a smaller subsidiary of Southern Co., can top that. The company started construction of an experimental coal gasification plant in Kemper County seven years ago that was supposed to cost $2.9 billion and start generating electricity by the end of 2015. The facility instead is clocking in at $7.3 billion in construction costs—a number that is still going up.

I once worked for a utility holding company similar in size to Southern Co. If I had been responsible for a project that ran billions of dollars over budget and years behind schedule, I can guarantee you they would not have given me a pay raise. They would have fired me.

The subject of executive pay hikes is obviously an embarrassing one for Southern Co. Their media spokesmen declined to comment when I asked about the rationale for giving such large pay increases in the face of mounting problems at the corporation’s two largest projects.

In Southern’s recent filing with the Securities and Exchange Commission, you’ll see a sentence that claims the executives were given those handsome pay increases because they “demonstrated significant progress in the major construction projects, Kemper IGCC and Vogtle Units 3 and 4.” Both of these projects fell farther behind schedule and over budget last year. In what alternate universe would that be considered “significant progress”?

As with everything else associated with Vogtle’s cost overruns, Georgia Power’s customers are the ones who will ultimately pay for this in the form of higher bills. That’s because the Public Service Commission has declined to exercise any real oversight of the project. But the situation may be changing next year.

Atlanta business owner and former Democratic legislator John Noel has announced that he’ll run for the PSC seat currently held by Chuck Eaton. Noel said the massive cost overruns at Plant Vogtle will be one of the defining issues in the race.

“There has been a lack of proper oversight for certain recent projects and it’s time for that to change,” Noel said. “There is no excuse for something that is paid for by Georgia ratepayers, that’s billions of dollars over budget, and that’s years behind schedule and is at risk of never providing benefit for the little guys and everyday people who’ve footed the bill.”

I think you’ll also see a credible opponent step up and take on Stan Wise, if Wise should decide to run again next year.

As mentioned before, the Vogtle cost overruns affect not only the customers of Georgia Power, but also the customers of the other partners in the nuclear project: Oglethorpe Power, MEAG Power and the City of Dalton.

PSC members have steadfastly refused to hold Georgia Power accountable for the boondoggle that is enriching its executives at the same time it is draining its customers’ pocketbooks. Voters may have something to say about that in next year’s elections.