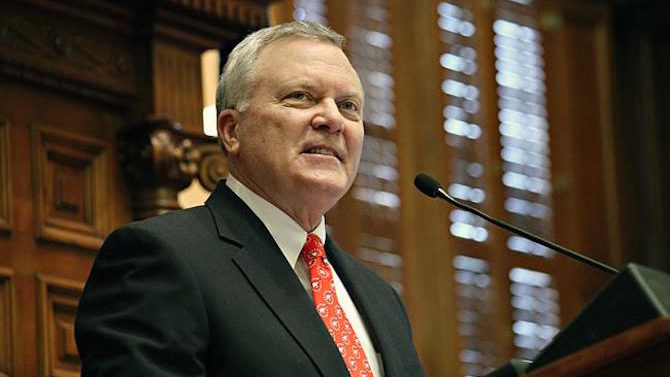 We have seen this all before, many times. Gov. Nathan Deal staged an event at the capitol to sign yet another bill that will supposedly be the magic solution to improving the state’s low-rated public schools.

This is a scene that has played out often over the last two decades as governors trot out their latest proposals for making schools better. They have yet to succeed.

Seventeen years ago, Gov. Roy Barnes persuaded the legislature to pass an education reform bill that, among other things, would have made it easier for local school systems to get rid of “bad teachers.” Teachers didn’t appreciate being made the scapegoat for the state’s educational ills and in the 2002 election, they played a major role in voting Barnes out of office.

Gov. Sonny Perdue tossed aside the Barnes plan before it had a chance to really get started. His bright idea was to appoint a citizens commission that would develop an “Investing in Educational Excellence” scheme. Perdue vowed that his new commission would overhaul and modernize the state’s funding formula for local schools. Somehow, the commission never got around to doing that and accomplished very little else.

Perdue also rolled out a “65 percent plan” that required schools to spend that proportion of their money on loosely defined classroom activities. This proposal was also abandoned.

Deal was next up, and he appointed two different commissions that were charged with devising a way to modernize the state’s funding formula for local schools. The first commission never produced a new formula. The second commission actually did recommend some changes in the formula, but Deal never submitted it to the General Assembly for action.

Deal’s next big idea was to create an “Opportunity School District” in which the state would seize control of the lowest-performing schools and place them under the control of a superintendent appointed by the governor. That proposal required voter approval in a statewide referendum. It turned out that voters in Republican and Democratic counties alike hated the idea of the state rolling over local school boards and seizing their tax funds. Deal’s district went down in flames on election day.

That brings us to HB 338, which will be a kinder and gentler version of the Opportunity School District. The key figure in this plan will be a “Chief Turnaround Officer” who will be appointed by the members of the State Board of Education. Those members are all appointed by the governor, so Deal will have a lot to say about who gets the job. Rather than shove the local school board aside, the chief turnaround officer will work with local boards to review the operations of low-ranked schools and develop a plan for upgrading them.  The chief turnaround officer will also hire “turnaround coaches” to assist in these efforts.

If Georgia’s schools do improve over the next few years, it might be less because of Deal’s new idea and more because the state is putting additional money in the budget for local schools. During the Perdue and Deal administrations, legislators balanced the budget by making “austerity cuts” in the state funds that should have gone to local schools. From fiscal year 2010 through fiscal year 2014, these cutbacks in education funding totaled more than $1 billion every year. That situation has improved markedly over the past two years. We’re now at the point where cutbacks to local schools have been reduced to only $166 million a year.

If our elected leaders could restore full state funding to local schools, that would do them more good than a dozen chief turnaround officers.