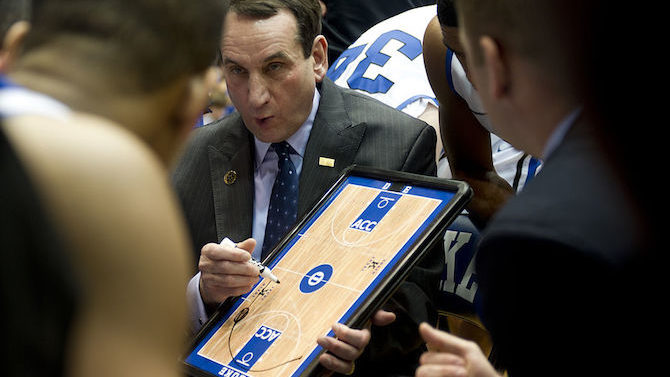 We are now in that period called March Madness, when basketball teams fight their way through a  three-week tournament to determine an NCAA national champion. For college basketball fans in 49 states, this is surely the best time of the year. For fans in North Carolina, it’s not such a great time.

The NCAA snub is part of the price North Carolina is paying for last year’s passage of HB 2, a law that eliminates anti-discrimination protections for LGBT people and prohibits transgender persons from using public bathrooms they identify with. This law has cost North Carolina the opportunity to host NCAA tournament games, the NBA all-star game and the Atlantic Coast Conference football championship game, among other athletic and cultural events. The law has also resulted in the loss of hundreds of millions of dollars for the state’s economy from businesses that refused to expand or locate in North Carolina. Even Duke Coach Mike Krzyzewski, a well-known Republican, has called the law “a stupid thing.”

The disaster in North Carolina is the latest reminder of how Georgia took the right path on this issue. A few weeks after the Republican-controlled North Carolina legislature passed HB 2 last year, Gov. Nathan Deal vetoed a “religious freedom” bill that also could have discriminated against LGBT people.

“If indeed our religious liberty is conferred by God and not by man-made government, we should heed the ‘hands-off’ admonition of the First Amendment to our Constitution,” Deal said in his veto message. “When legislative bodies attempt to do otherwise, the inclusions and omissions in their statutes can lead to discrimination, even though it may be unintentional. That is too great a risk to take.”

As we entered this year’s legislative session, both Deal and House Speaker David Ralston sent signals that they didn’t want to deal with the controversial issue anymore. “I’m not sure we want to model ourselves after North Carolina and Indiana and some other states like that,” Ralston said.

Only one religious freedom bill was introduced this session, from Sen. Marty Harbin (R-Tyrone). Harbin’s bill was sent to committee, but it has not receive a hearing.

It looked like the religious freedom issue had finally been put to rest, but some legislators are evidently determined to repeat North Carolina’s mistake. Late last week, a Senate committee was considering a bill that would revise the state’s adoption code. Sen. William Ligon (R-Brunswick) amended the bill so that it would allow faith-based adoption agencies to refuse to place a child with same-sex couples. The Republicans on the committee approved the bill, which means it could move to a vote by the full Senate.

As the legislative session heads into its final days, Georgia lawmakers once again face the question of whether they will pass a law that legalizes discrimination against LGBT people. The events in North Carolina should have been a clear lesson to everyone. It appears that some people still refuse to learn that lesson.