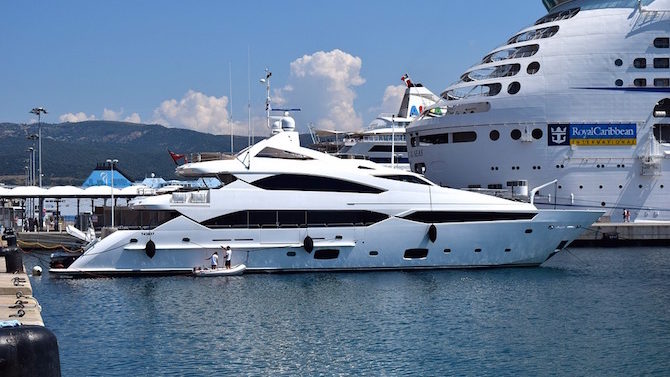 The legislative session was supposed to be about legalized gambling. The casino operators showered many dollars upon lawmakers, and retained an army of lobbyists to get the roulette wheels spinning. But the bills couldn’t get out of committee, and their sponsors are already talking about next year. How could that happen?

The answer to that question lies in an old legislative practice called “shaking the money tree.”

A lot of money has been flowing to legislators while the casino issue is on the table. Five of the major players—MGM Resorts, Boyd Gaming, Elite Casinos, Pinnacle Entertainment and Isle of Capri Casinos—have shelled out about $175,000 combined over the last couple of years in the form of campaign contributions to individual lawmakers. If legislators were to pass the casino bills this year, then these big-money players would have no reason to keep giving them more contributions. By keeping the issue alive for another year—and maybe more—legislators ensure that the campaign contributions don’t stop. They can keep shaking that money tree.

Even though lawmakers weren’t quite ready to pass casino legislation this year, they were more than happy to do what they do every session: pass tax breaks for the state’s wealthiest individuals and corporations.

The House passed a bill sponsored by Rep. Ron Stephens (R-Savannah) that would give a tax break to the owners of fancy yachts if they have to repair or overhaul their vessels. We’re not talking about someone on Lake Lanier trying to fix their outboard. This sales tax exemption on parts and equipment only takes effect when more than $500,000 is spent on the boat project.

Rep. John Carson (R-Marietta) sponsored another bill that would restore a sales tax exemption on the purchase of jet fuel by Delta Air Lines. This tax break would be worth anywhere from $16 million to $33 million a year.

Less than two weeks before Carson introduced the bill, Delta reported it had earned a net income of nearly $4.4 billion for calendar year 2016. This is a well-established corporation making gobs of money, so why should the General Assembly give it a tax break?

“This is really a jobs bill,” Carson said.

That is one of the oldest political hustles in the book, to justify a tax giveaway by claiming that it will “create jobs.”  Some of these incentives may actually result in a few jobs being added here and there, but most of them don’t. It’s just a lame excuse for giving some favored business a tax break.

This argument was offered again last week when the House was debating a bill from the aptly named Rep. Matt Dollar (R-Marietta) that would give musicians a state income tax exemption on the royalties they earn from their musical compositions. Dollar, of course, claimed that this would give Georgia a bigger share of the music industry and create jobs. The problem with this argument is that the music industry is in rapid decline, with sales and profits dropping sharply for various technological and cultural reasons. How does Georgia’s economy grow when you give away tax money to an industry that’s almost on its death bed? It doesn’t.

Rep. Sam Teasley (R-Marietta) had the good sense to see through this bogus reasoning. If we’re going to be granting tax breaks, Teasley said, why not give them to people like firefighters, police officers and teachers?

For a moment there, the House of Representatives actually displayed some common sense and resoundingly voted down Dollar’s bill. But the measure was taken back to committee, some arms were twisted, and the bill returned to the House floor several hours later. This time it passed by a narrow margin.