Connections Are All That Count in Georgia Politics 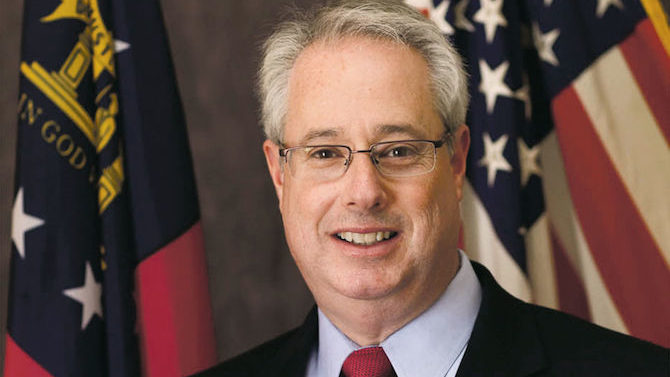 If you learned you had cancer, what would you do? You wouldn’t see a plumber or an insurance adjuster. You would see an oncologist who knows what they are doing.

If you were charged with a serious criminal offense that might mean jail time, what would you do? You wouldn’t hire an insurance salesman or a short order cook. You would hire someone who is licensed to practice law.

That’s what people do in the real world, anyway. In the world of Georgia politics, experience and professional credentials often don’t mean much of anything.

For example, there was the decision by the Board of Regents to appoint Attorney General Sam Olens as the new president of Kennesaw State University. Olens has been a county commissioner and the state’s highest legal officer, but he has never held any type of administrative position at any campus.

In appointing Olens, the Regents violated several of their own longstanding policies. In other cases where a college needs a president, the Regents appoint a search committee that spends several weeks interviewing and assessing candidates from across the country. The search committee typically forwards the names of three finalists to the board, whose members then vote on the one they want for the job. None of that was done in this instance: no search committee, no national search, no list of three finalists to choose from. Olens was the only name considered.

That did not sit well with either the faculty or the students at Kennesaw State. They held campus protests and gathered thousands of petition signatures urging the Regents to conduct a nationwide search.

Students and faculty also objected to Olens’ actions as attorney general, where he opposed same-sex marriage and tried to keep transgender students out of public bathrooms. There are some LGBT students at KSU who don’t think their own president should be discriminating against them.

When asked why a person with so few qualifications for the job was being picked, the best that Chancellor Hank Huckaby could come up with was this: “He knows Cobb County so well, and he’s been a very dedicated citizen of this community.”

The real reasons for Olens’ appointment became clear a few minutes after the Regents confirmed him as the new president. Gov. Nathan Deal—who appoints all the members of the Board of Regents—announced the appointment of Chris Carr, the state’s economic development commissioner, as the new attorney general.

The title of Carr’s new job implies that the person is at least a practicing attorney. The Georgia Constitution also has something to say about this: “No person shall be Attorney General unless such person shall have been an active status member of the State Bar of Georgia for seven years.” Until the day before his appointment was announced, Carr had been on inactive status with the State Bar and hadn’t practiced law since 2007. During that long-ago period when he did practice law, Carr was an attorney who never saw the inside of a courtroom. “No, I’ve never tried a case,” he admitted in response to a reporter’s question. But not to worry, Deal assured everybody. “We checked with the State Bar,” the governor said. “The State Bar verified that he did [meet the constitutional requirement].”

Carr may not be exactly up to date on the practice of law, but he meets two very important qualifications: He was a loyal Deal department head and was formerly chief of staff to Sen. Johnny Isakson. In the world of politics, things like experience and education and ability don’t count for very much. Connections are really all that matter.