Southerners Are Fighting a Losing Battle over Bathroom Access 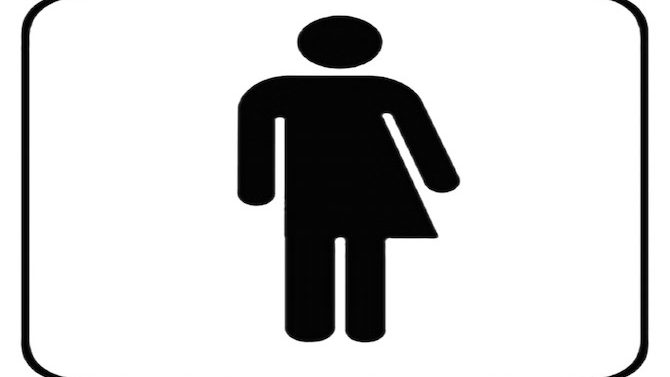 This is one of those times when I feel like I’m watching the movie Groundhog Day. The same things keep happening over and over, with the same ending. Once again, conservative Georgians are urging their friends and colleagues to defy the directives of an evil federal government determined to ram its liberal way of life down everyone’s throat.

The battle this time is about transgender students and their ability to use bathrooms in public schools. North Carolina enacted a law that would restrict such students to using only the bathroom that matches the sex listed on their birth certificate.

The Obama administration told North Carolina officials that their new law amounted to illegal sexual discrimination, which put the state in peril of losing federal funds for education. Letters were sent to school systems in Georgia and other states advising them to allow equal bathroom access for transgender students. That triggered the latest battle of a civil war that should have ended in 1865, but never will.

A group of Republican state senators fired off a letter to Gov. Nathan Deal and Attorney General Sam Olens demanding that they sue the federal government for this “overreach” in authority. “As we should know by now, the social engineering goals of the Left are designed to destroy our constitutional system of federalism in order to grow the power of the federal government in all aspects of our lives,” the letter said.

A similar letter was signed by several conservative activists, including a lobbyist for the Georgia Baptist Mission Board: “While it is true that policy about transgender accommodations can certainly be handled by local schools, the Governor should also encourage local school systems to defy the directive… We also call on local superintendents and local school boards to protect their students from this harmful social engineering by refusing to comply with the unlawful decree.”

Deal and Olens are both lawyers who are smart enough to know that filing such a lawsuit would be a legal battle the state is surely destined to lose. They expressed sympathy with the outraged citizens, but carefully avoided making any commitment to actually file litigation. “Until Congress acts, I assure the citizens of Georgia that the offices of the governor, attorney general and state school superintendent will work cooperatively to protect the interests of Georgia’s children from this abuse of federal executive authority,” Deal said.

“As the state’s chief law enforcement officer, I will take steps, when appropriate under the law, to ensure that these decisions are being made at the appropriate level, as demanded by principles of separation of powers and federalism under our Constitution,” was all Olens would say about a possible lawsuit.

Georgia officials have already fought a war over transgender discrimination in federal court and lost decisively. Eleven years ago, an employee in the General Assembly’s Office of Legislative Counsel was in the process of transitioning from male to female after being diagnosed as having gender identity disorder. Sewell Brumby, who was in charge of the counsel’s office, met with the employee, now named Vandy Beth Glenn, and asked if she intended to become a woman. When Glenn said that she did, Brumby fired her. Glenn then sued the state for discrimination.

In the course of that lawsuit, Brumby testified that “some members of the legislature would view that taking place within our office as perhaps immoral, perhaps unnatural and perhaps, if you will, liberal or ultra-liberal.”

One of the federal judges remarked: “You can’t discriminate against someone because they don’t behave the way you expect them to behave because of their sex.” The court ruled in Glenn’s favor.

Southerners have a long history of fighting for these kinds of lost causes. They started a civil war over slavery, put up massive resistance to school integration and civil rights, tried to keep gays from getting married, and are now demanding that we shut the bathroom door to transgender students. They lost all of those battles, and they will lose this one. You would think that at some point they’d realize the futility of it and agree to let non-white and non-heterosexual people exercise the same rights as everyone else. I guess that’s expecting too much.

Athens for Everyone Is Picketing Wendy’s

Athens Power Rankings for the Week of May 23