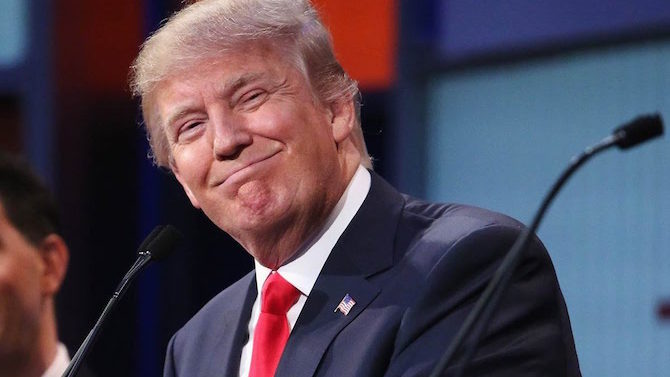 In every election cycle, political pundits will spend a lot of time talking about why endorsements are so important. Endorsements can enhance a political candidate’s image with the party faithful. They can create a sense of momentum for a campaign. They can help bring in more contributions. At least, that’s what the political experts tell us.

But here’s the dirty little secret of politics: Endorsements don’t amount to very much.

Endorsements have really become the political equivalent of fax machines, carbon paper, and manual typewriters. At one time, they were an important part of the process. Now, they’ve become obsolete.

Georgia voters saw in the 2014 Senate race just how meaningless endorsements can be. In that GOP primary, U.S. Rep. Jack Kingston and businessman David Perdue were the two candidates who emerged from the first round of balloting. Kingston was a highly regarded veteran of Congress who was known and liked by practically everybody in the Republican Party establishment. Perdue, a newcomer to elective politics, had the support of almost nobody of note outside of his cousin, former Gov. Sonny Perdue. In the weeks between the primary election and the runoff, Kingston rolled out a string of endorsements from nearly every elected Republican official, along with the support of some people active in the tea party movement.

If endorsements really had any effect on solidifying voter support, then Kingston should have demolished Perdue in the runoff and been crowned as Georgia’s junior senator. So tell me—how is Sen. Kingston doing these days?

With the primaries for president this year, we see candidates maneuver to line up impressive lists of endorsements. But you have to wonder whether all these endorsements really have an impact.

Here in Georgia, U.S. Rep. Doug Collins of Gainesville was an early endorser of Wisconsin Gov. Scott Walker. Collins’ endorsement didn’t help Walker very much—he was one of the first candidates to be bounced out of the race.

House Speaker David Ralston is one of the most powerful men at the state Capitol. Ralston’s pick in the presidential race was New Jersey Gov. Chris Christie, who didn’t survive the New Hampshire primary.

Gov. Nathan Deal is also a very powerful politician whose endorsement should be worth something. Deal initially said he would support whichever governor or former governor moved ahead in the Republican primary: Walker, Christie, Bobby Jindal or Jeb Bush. They’ve all dropped out. (Bush, by the way, also was endorsed by Sonny Perdue and Lt. Gov. Casey Cagle. A lot of good that did him.)

In the days leading up to the South Carolina primary, there was extensive media coverage of endorsements that Marco Rubio secured from Sen. Tim Scott and Gov. Nikki Haley, two influential figures in Palmetto State politics. Judging from the tone of the news coverage, you would have thought that the endorsements Rubio obtained were going to push him across the finish line to victory. All it got him was a second-place finish, 10 points behind winner Donald Trump.

Trump’s campaign doesn’t depend on getting endorsements from influential politicians. His only endorsement in Georgia from an elected official, as near as I can tell, is state Sen. Burt Jones (R-Jackson). Trump instead spends his time attacking opponents, posting derogatory comments on social media and vilifying Pope Francis. So far, it seems to be working.