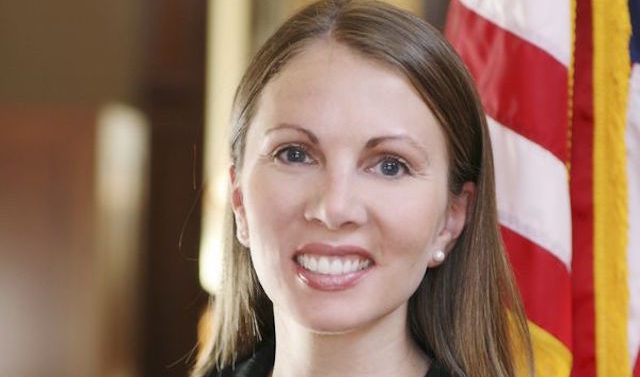 If you tried to find a state legislator who opposed the HOPE scholarship, you couldn’t do it. The lottery-funded program that pays college tuition for Georgia students is one of the most popular laws ever enacted. Everybody loves HOPE and no one would think of eliminating it.

Rep. Stacey Evans (D-Smyrna) is a major supporter of HOPE, but she did an extraordinary thing this summer to demonstrate that support. She donated $500,000 to the University of Georgia to set up the Stacey Godfrey Evans Scholarship for law school students who are first-generation college graduates—the first member of their family to get a college degree.

Evans was one of those students, raised in Ringgold by working-class parents who couldn’t afford to pay their daughter’s way through college. She was able to attend the University of Georgia, where she earned economics and law degrees, by pooling money from a HOPE scholarship, a federal Pell Grant and other sources of financial aid.

“My parents didn’t go to college, they worked in carpet mills when I was growing up,” she said.  “There simply wasn’t a savings account for college, and there wasn’t disposable income available for tuition.

“It was HOPE, it was Pell, I had loans. Every kind of financial aid that’s available, I think I had a piece of it,” Evans recounted. “I also worked. I just knew how much I struggled and how hard it was, and how many times I thought I wouldn’t be able to stay in school.”

Evans is an attorney still in the early stages of her career. She graduated from law school in 2003 and was first elected to the Georgia House in 2010.

The money for the scholarship fund came from her work on a whistle-blower lawsuit against DaVita HealthCare, which operates kidney dialysis clinics. DaVita was accused of overbilling Medicaid and Medicare and agreed to settle the lawsuit by paying $495 million, most of which went to the federal government. “That’s pretty much what I did for four years—that was more or less a full-time job,” she said.

Evans, along with other legislators, is trying to restore HOPE scholarship assistance to the level where it once again covers the full cost of tuition, rather than just a percentage of it. The legislature revised HOPE in 2011 by reducing tuition coverage to try to make the program more financially stable. One of the changes increased the grade point average requirement for technical college students to get HOPE Grants, which subsequently caused enrollment to plummet by 45,000. Evans proposed, and Gov. Nathan Deal later signed, a bill that returned the grade point average to its former level and enabled more technical college students to become eligible for HOPE assistance.

It’s an interesting coincidence that another $500,000 gift involving the university system was bestowed earlier this year. The Board of Regents approved that amount as a bonus payment to Georgia State University President Mark Becker, whose compensation already exceeded $570,000 a year. The $500,000 for Becker will nearly double his yearly pay. There’s nothing wrong with that, of course. Every person has the right to make whatever the market is willing to pay for their services. That money, however, could have been used to help financially struggling college students.

Evans’ scholarship fund, on the other hand, will enable bright, hard-working students to continue their college studies and earn an advanced degree. Which of those financial gifts will provide the most benefits for Georgians? I don’t think it’s even a close call.