Politicians Are Only Human; Will Voters Forgive Them? 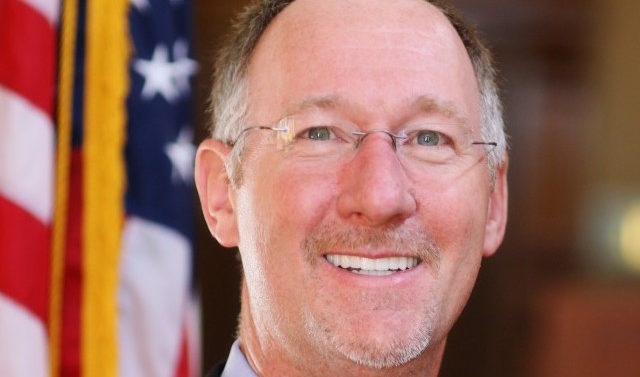 Rep. Allen Peake (R-Macon) is a politician who’s had a lot of things going his way. He’s a popular legislator who worked successfully to legalize medical cannabis as a means to ease the suffering of chronically ill children. He is the chairman of a blue-ribbon commission exploring the possibility of cultivating marijuana in-state so that people who need cannabis oil for medical treatments can more easily obtain it. He was exploring the possibility of running for lieutenant governor in 2018.

Those political plans will be reassessed, however, after the recent disclosure that Peake once had an account with the Ashley Madison website, which helps married people have extramarital affairs. After hackers stole data about Ashley Madison clients and posted the information online, Peake sent an email to friends and family members explaining his situation. The email soon leaked to the media.

“Several years ago,” he wrote, “I was on this site during a very difficult period in my marriage. It was stupid and I was an idiot for going on there. Two-and-a-half years ago I told her [his wife] about every detail of my involvement on this site.”

Peake said he and his wife have been able to save their marriage. He will decide by early next year whether to run for another term in office.

The incident is another reminder that elected officials are human beings, just as susceptible to temptation as anyone else. Sometimes the voters can be very forgiving. Sometimes they are not.

When Mike Bowers ran for the Republican nomination for governor in 1998, he acknowledged having a long-term affair with his secretary. Voters in the GOP primary chose Guy Millner over Bowers as the nominee.

Glenn Richardson, the first modern-day Republican to serve as speaker of the Georgia House, was ruined in 2009 when his former wife told a TV reporter that Richardson had an affair with a lobbyist. Richardson was forced to give up the speaker’s job and resigned from the legislature. When he tried for a comeback, he finished third, with less than 15 percent of the vote.

Two other legislators, by contrast, didn’t suffer any political damage from an embarrassing lawsuit their bank filed against them. Tom Graves, who was then a member of the Georgia House, and state Sen. Chip Rogers borrowed $2.25 million in 2009 from the Bartow County Bank to purchase and renovate a dilapidated motel in North Georgia that had the nickname of the “Methamphetamine Six.” Their business project did not go well, however, and in 2010 the bank sued both of them for allegedly defaulting on the loan. The Bartow County Bank subsequently collapsed and was closed by regulators. The bank chairman later told a reporter that the money loaned to Graves and Rogers “was one of the larger loans, and it contributed significantly [to the bank’s failure].”

The media coverage of this financial controversy did not end the political careers of either legislator, however. Rogers was reelected to the Georgia Senate (though he later resigned for unrelated reasons), and Graves won a special election for a congressional seat that he still holds.

Peake is a very likable person who has accomplished some positive things for Georgians in the political arena. If he should decide he wants to continue in politics, perhaps the voters will agree to let him stay. It has happened before.