Don’t Believe Everything You Read on the Internet 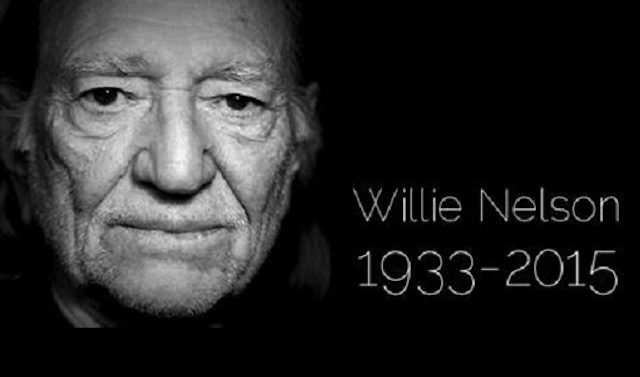 There are millions of people who primarily receive their news and information through items that are posted on the Internet or sent to them via email or text message. I’m one of those who gets a lot of information this way, as happened the other day when I saw a report online that said country singer Willie Nelson had died at the age of 81. One of my favorite albums is Red Headed Stranger, so it saddened me to read that Willie was no longer among the living.

There was just one hitch: The information wasn’t correct. There is a fake news site that at least three times this year has posted the same bogus item about the death of Willie Nelson, who remains very much alive. I became the latest victim of this ongoing Internet hoax.

Another Internet hoax that attracted public attention this summer has been a campaign by an anti-abortion organization that calls itself the “Center for Medical Progress.” Members of this group shot undercover videos of conversations with employees of Planned Parenthood about the potential sale of fetal tissue. The videos were then edited to misrepresent what was actually said in the conversations.

Anti-abortion groups ignited a national controversy when they posted misleading excerpts from those videos online and accused Planned Parenthood of illegally “harvesting” body parts from abortions and selling them at a profit to medical research labs. Politicians like Sens. Johnny Isakson and David Perdue, along with Lt. Gov. Casey Cagle, jumped to the conclusion that the accusations were accurate and demanded that government funding to Planned Parenthood be terminated.

One politician who tried to determine the truth of the matter was Gov. Nathan Deal. He instructed officials at the Department of Public Health and the Department of Community Health to review the activities at Planned Parenthood clinics and see if anything illegal was being done.

The governor’s instructions were promptly carried out. DPH Commissioner Brenda Fitzgerald had her staff look at medical clinics operated by Planned Parenthood and other entities. “After conducting an investigation into the five licensed abortion facilities in our state, I have concluded that each has proper procedures in place for burial or internment of remains,” Fitzgerald said in a letter to Deal.

It’s important to know that Fitzgerald is not some radical abortionist. She is a politically conservative obstetrician-gynecologist who was formerly a policy advisor to Newt Gingrich.

DCH Commissioner Clyde Reese assigned several of his staffers to make unannounced visits to clinics operated by Planned Parenthood and other organizations. “The allegation that the facility was not following regulations regarding the handling of products of conception receiving compensation could not be substantiated,” Reese said in his report to Deal. Reese added that each clinic was complying with the rules that govern the medical procedure.

This was the case with other states that looked into Planned Parenthood’s operations. Indiana Republican Gov. Mike Pence asked his state health department to investigate. South Dakota Republican Attorney General Marty Jackley made a similar request. The U.S. Department of Health and Human Services looked into the allegations, as did the Democratic attorney general of Massachusetts, Maura Healey. These officials reported that their investigations turned up no evidence that any fetal tissue was being “harvested” and sold to medical labs. Republican and Democratic officials alike have looked into the charges and determined that Planned Parenthood is providing legal medical services in a legal manner.

This incident is a reminder to heed the wise words of former president Abraham Lincoln, who once proclaimed, “Don’t believe everything you see on Facebook.”