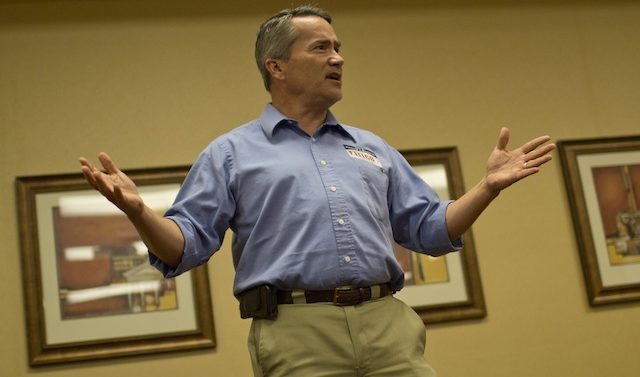 When Jody Hice and Barry Loudermilk went to Washington last week, they left Georgia with the adulation of tea party activists who had voted to elect them as the new representatives for the 10th and 11th Congressional Districts. Hice and Loudermilk discovered quickly that those good feelings don’t last long.

On their first official day as members of Congress, the duo angered many of their constituents and provoked the folks back home into seeking opposition for them when they run again in two years. What did they do that was so awful? They voted with a majority of their Republican colleagues to re-elect John Boehner, a veteran congressman from Ohio with a peculiar orange complexion, as the speaker of the House.

Judging from the reaction in Georgia, you would have thought that Hice and Loudermilk had been caught stealing from the collection plate in church. The same tea partiers who had been so happy to elect them were now calling for them to be ousted before they had even been in office for 24 hours. That might be an all-time speed record for ideological backlash.

• “Jody Hice outright lied on the campaign trail in his pledge not to vote for Boehner. He voted for Boehner. He turned his back on his supporters and embraced Boehner and the Republican Establishment. We need to start recruiting primary opposition.”

• “I SMELL RECALL AND THE JAIL TRAITOR”

Hice and Loudermilk made one of the most basic mistakes in politics: They broke a campaign promise. As they ran in the primaries and then the general election last year, they both pledged to the voters they would vote against Boehner for another term as speaker. That was the message their supporters wanted to hear. Tea partiers in Georgia and across the nation abhor Boehner because they believe he’s too willing to cut deals with the president they love to hate, Barack Obama.

Tea partiers think Boehner and the House Republicans should be impeaching Obama, not cutting deals with him. They also yearn to see House members follow the advice of Texas Sen. Ted Cruz and shut down the federal government until Congress repeals Obamacare and virtually every other government program enacted since 1789.

The congressmen attempted to justify their actions by referring to arcane House procedures. “When the Republican Conference met in November to elect our leadership for the 114th Congress, I voted against nominating John Boehner to be the Republican nominee for speaker,” Hice said. Hice voted last week to reelect Boehner, he said, because an opponent (Texas Rep. Louie Gohmert) only surfaced two days prior to the floor election. “There was zero possibility of Louie, or any other Republican, being elected speaker over John Boehner,” Hice said, so he voted for Boehner.

There’s an old saying in politics:  “If you’re explaining, you’re losing.” Hice and Loudermilk would have been better off just admitting their mistake and telling constituents it wouldn’t happen again, rather than trying to explain it away in such a lame fashion. It wasn’t exactly the best way to start a first term in Congress.