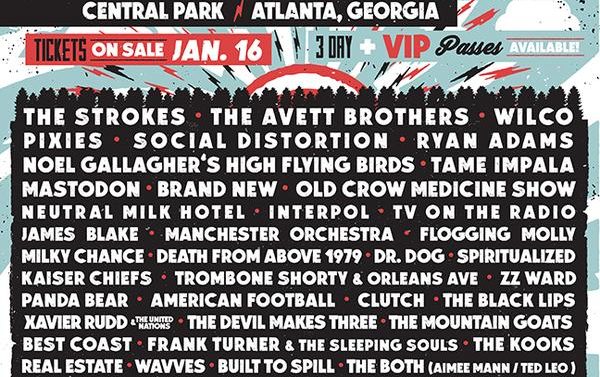 The lineup for this year’s installment of Atlanta’s Shaky Knees Festival has been announced, and it’s a doozy. Along with festival faves The Strokes, the list features reunited indie titans Pixies, alt-folk godfathers Wilco and our own Neutral Milk Hotel.

The Avett Brothers, Interpol, Tame Impala, Social Distortion, Ryan Adams, Mastadon, James Blake, American Football, The Mountain Goats, Built to Spill and many more standouts also populate this year’s lineup, which you can peep here or via the poster above.

In addition to the expanded lineup, this year’s event will be held in a new location, moving from the sterile environs of Atlantic Station to the Old Fourth Ward’s Central Park.

Tickets are on sale now. Check out our past coverage of Shaky Knees here.

Vote For Your Favorite Athens-Music Beard