This was an election for people who enjoy watching reruns on TV. I’ll admit that I am one of those people. If I really like something the first time around, I’ll watch it a second time when it is broadcast again.

So it is with Georgia’s voters. Despite the speculation about changing demographics that might make the state more politically competitive, last week’s election turned out to be basically a rerun of the 2010 election. Republicans swept every statewide office, maintained their control of the Legislature, and retained a U.S. Senate seat. Gov. Nathan Deal won a second term, this time over Jason Carter, and David Perdue defeated Michelle Nunn to replace Saxby Chambliss in the Senate. The polls had indicated closer contests, with runoffs projected in one or both of the races for governor and the Senate.

The Democrats raised impressive amounts of money for those races and party activists worked hard to register more minority voters. With Carter and Nunn at the top of the ticket, Democrats thought they had found two attractive candidates who would energize the voters. Carter and Nunn energized the voters—but they turned out to be Republican voters. In Georgia, as in the rest of the nation, conservatives turned out in droves to express their dislike of President Barack Obama.

Deal and Perdue were only too happy to link an unpopular president with their opponents at every opportunity, whether in debates or attack ads. Perdue criticized Nunn relentlessly as someone who would be a “rubber stamp” for Obama and Senate Majority Leader Harry Reid if she were elected, a strategy that proved to be highly effective. In his debates with Nunn, Perdue probably uttered the names Obama and Reid more often than he said Nunn’s name. “You’re running against me, David,” Nunn reminded him at one point.

While Nunn seemed to gain some traction by emphasizing Perdue’s record of outsourcing jobs to overseas countries during his career as a corporate executive, in the end the charges didn’t do much damage.

Deal pounded away at Carter for his lack of experience as an elected official—Carter served just four years in the state Senate—and mocked Carter’s support of Medicaid expansion by calling it “Cartercare,” a reminder to voters of the president and Obamacare.

The governor easily withstood Carter’s criticisms of Republicans for the massive reductions in state formula funding to public school systems over the past decade.

The GOP tactics worked, as undecided voters swung to the Republicans in the final days of the campaign. While many of the late polls showed Perdue and Deal running just a few points ahead of their opponents, both of them won easily by margins of about 53-45 percent. For all the talk about the state’s increases in black and Latino residents, the results showed that Georgia is still a ruby-red state.

On the day after the election, Deal held a media briefing in his capitol office to answer reporters’ questions. Deal’s campaign against Carter often went beyond political differences and took on a bitterly personal nature. It seemed that these were two politicians who really disliked each other. After the votes were in, however, Deal was a little more gracious about his vanquished opponent. He recounted the concession call he received from Carter on election night: “He simply congratulated me on the win and we parted as friends.

“He obviously has a bright political future,” Deal said. “He may have been a little ahead of himself in this election cycle.”

It was a classic example of a status quo election. A majority of the voters were happy to keep the current power arrangement in place for another term. Like a TV rerun, it may not give you anything new to watch, but it’s familiar and comfortable. 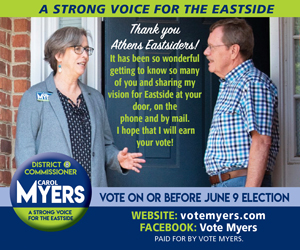 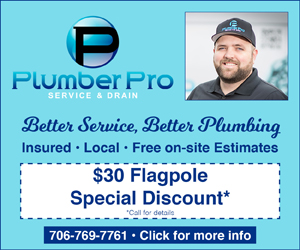