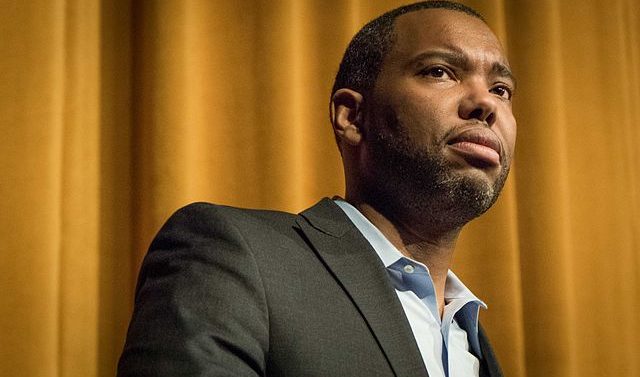 In his 2014 article in The Atlantic urging reparations for African Americans because of the nation’s history of slavery, Ta-Nehisi Coates expected the idea to be dismissed as a loony left fever dream. But when conservatives like New York Times columnist David Brooks get on board, the focus might be shifting from fantasy toward implementation. Operationally, two broad approaches suggest themselves.

According to one, daily assaults on their very humanity gave enslaved people an unimpeachable claim against their owners for some form of redress. And that claim has been passed down through time, like their DNA, to the current descendants of slaves.

Thinking of the issue that way calls for moral accounting of such complexity and uncertainty as to stop any redress in its tracks. If the now-living descendants of slaves inherited, along with their skin color, a claim for reparations based on their ancestors’ treatment at the hands of their owners, then the reparations must be owed by the now-living descendants of the slave owners and myriad others who provided slavery’s “infrastructure,” such as traffickers, traders, brokers, etc.

So, unless we can persuade Henry Louis Gates Jr., the country’s most celebrated genealogist, to spend the rest of his life tracing out the relevant personal histories, there’s no prospect of correctly matching up the moral creditors and debtors. I don’t think many people believe that moral claims pass down through the ages like this, or, even if they do, that we could ever hope to figure out the transmission routes with enough assurance to square all the accounts.

Even Gates may not be up to the job. Harvard University, where he’s on the faculty, has acknowledged four slaves who were active at the university in the 18th Century, but hasn’t been able to uncover much more about them than their first names.

Reparations skeptics, like conservative syndicated columnist Walter E. Williams, echo the sentiments of many people who believe that framing this as a giant intergenerational tort action makes it a non-starter. “So, which white Americans,” he asks rhetorically, “owe which black Americans how much? Are the millions of European, Asian and Latin Americans who immigrated to the U.S. in the 20th Century responsible for slavery? What about the descendants of Northern whites who fought and died in the War of 1861 in the name of freeing slaves…? What about nonslave-owning Southern whites, who were a majority of Southern whites—should their descendants be made to pay?”

But focusing not on the slaves but on slavery’s ideological underpinnings dramatically changes the moral calculus. The “peculiar institution”’s justifying principle was white supremacy, and expressions of it from the era abound, like one by Confederate Vice-President Alexander H. Stephens. In an address a few weeks before the shelling of Fort Sumter, Stephens said that the Confederacy’s “corner-stone” was the “great truth that the negro is not equal to the white man; that slavery subordination to the superior race is his natural and normal condition,” a principle, he went on to say, “in strict conformity to nature, and the ordination of Providence… With us, all of the white race, however high or low, rich or poor, are equal in the eye of the law. Not so with the negro. Subordination is his place.”

To the degree that the toxic effects of slavery linger in our public institutions and policies, claims for reparations have nothing to do with descent from slaves or slave holders, and everything to do with who among us is hobbled by the enduring legacy of white supremacy, and who benefits from it.

In a majoritarian democracy like ours, government at all levels acts in our name, whether we favor or oppose this or that policy. That imposes collective, not individual, responsibility for the effects of public policy infected by the remnants of Stephens’ view of “the ordination of Providence.” Casting the issue in these terms renders questions like Williams’ utterly irrelevant.

As for how we establish whether white supremacy remains a corrosive-enough factor in American life to give rise to any such collective debt, Coates and others point to House Resolution 40 as the vehicle for finding out. Titled the Commission to Study and Develop Reparation Proposals for African-Americans Act, it was introduced into the U.S. House of Representatives by Rep. John Conyers (D-Michigan) from 1989 until 2017, when he retired. Other House members have reintroduced it since.

As the title suggests, it doesn’t award reparations to anybody. The only funding it provides is $12 million in support of a high-level commission to wrestle with the question of whether redress is owed and, if so, in what form. The commission’s findings would be reported to Congress for appropriate action.

Overlooked in discussions of HR 40 is that there’s a precedent for a commission like this. In 1967, President Lyndon Johnson, responding to widespread disorder in several major cities, appointed the National Advisory Commission on Civil Disorders, which came to be known as the Kerner Commission after its chairman, Illinois Gov. Otto Kerner Jr. Over 2 million Americans bought the commission’s 426-page report, the product of a seven-month study.

If there’s ever going to be redress and reconciliation for America’s “original sin,” it can’t come from sifting through genealogical records in often vain quests to expose who did what to whom. All the more so since there’s absolutely no mystery about the white supremacist belief system that condemned enslaved people to that condition. If the baleful effects of those beliefs are still being felt in our public life, there can be no healing without a great national accounting, whose proper venue is the United States Congress. Anything less is just well-meaning hit-or-miss improvising.