Why the 25th Amendment Won’t Save Us From Trump 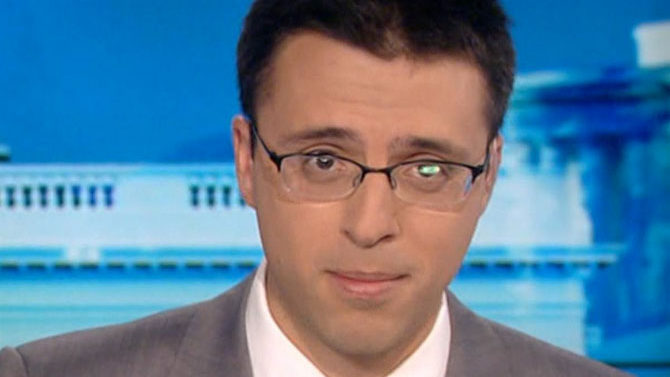 But in the course of a recent article calling for President Trump’s impeachment, Klein stumbles into a misreading of the 25th Amendment to the Constitution. In fairness to Klein, he’s just repeating the mistake made by other media heavyweights who’ve written about this.

A very early adopter of the 25th Amendment “solution” to the Trump “problem” was conservative New York Times columnist Ross Douthat. In a column last May, Douthat, despairing of Trump being impeached, proposed, apparently as a “kindler, gentler” version of impeachment—impeachment without any actual impeaching—resorting to the 25th Amendment, which, Douthat assured us, “allows for the removal of the president.”

And the opening sentence of a column titled “Let’s be clear about what the 25th Amendment does and doesn’t do” by the Washington Post’s Jennifer Rubin reads, “The 25th Amendment sets forth a procedure for removing a president…”

Also in the Washington Post, Paul Waldman, sharing Douthat’s despair, writes, “There is, however, another and perhaps even more likely way that Trump might be removed from office: the 25th Amendment.”

So Klein is trodding a well-worn path when he says that if the authorized parties run the 25th Amendment script, “Trump is removed from office.”

I’m not a lawyer or a media star, but as just your average PhD, I don’t see how these people are getting this impeachment-lite reading out of what Section 4 of the 25th Amendment actually says. Section 4 is the part that deals with the situation where presidential disability prevents the voluntary transfer of the president’s powers and duties to the vice president. And the script goes like this.

It takes a two-thirds majority in each house of Congress to keep the president sidelined. But even in that case, the president isn’t “removed from office” as the media types have it. That can’t be the story, because the vice president would still be acting president, according to the amendment, not having succeeded to the presidency in his or her own right.

So this scenario isn’t impeachment “lite” or any other kind of impeachment. If the president is impeached by the House and convicted in the Senate, he’s gone. He vacates the office and has to vacate the premises. If he refuses, as I can easily imagine Trump doing (“Fake impeachment! The Senate is a bunch of losers! So unfair!”), presumably he can be escorted out of the White House by the Capitol Police, the Secret Service, U.S. Marshals or whoever the authorized law enforcement agency is.

But if Congress votes not to restore the presidential powers to the president, nothing in the 25th Amendment suggests that the president is out on the street. On the contrary, for all the amendment provides, even prolonged disability such as befell Woodrow Wilson wouldn’t bar the ailing president from holing up in the White House residence for the remainder of his or her term.

People who know more about this than I do have suggested that medical advances able to prop more and more of us up through advanced old age argue for updating the 25th Amendment to address a Woodrow Wilson-type situation. For example, it could be revised to limit how long a disabled president could cling to the presidency before having to resign. However sensible that would be, as things stand now, there is no such limit.

So Rubin, promising to tell us what the amendment does and doesn’t do, said in her very first sentence that it does exactly what it doesn’t do. And even getting straight about what it does do, it’s still, contrary to Waldman, a heavier lift than impeachment. To impeach a president, it takes just a simple majority in the House to send articles of impeachment on to the Senate. It’s only in the Senate that a two-thirds vote is required to convict. But under the 25th Amendment, it takes two-thirds in each chamber just to keep the president on the disabled list.

If Klein and his high-voltage colleagues spent as much time in the social media funhouse as I do, they’d see why it matters to get stuff like this right. When their shaky 25th Amendment commentary filters down to where the rest of us live, it encourages the fantasy that we’re just a couple more crazy Trump tweets away from being shed of him, when the reality is that the only “solution” to the country’s Trump “problem,” barring actual impeachment, is a long, arduous slog through the political thickets and brambles.