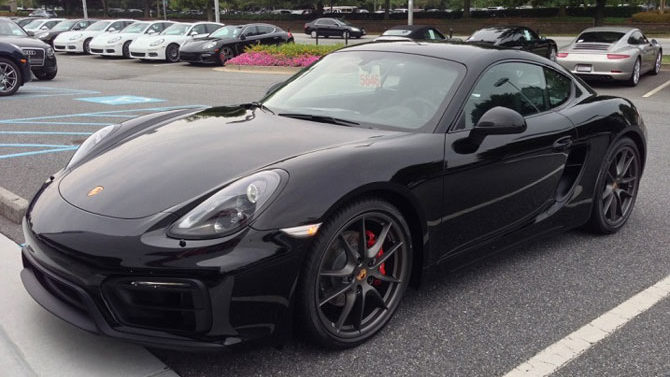 Yes I am a pirate, two hundred years too lateThe cannons don’t thunder, there’s nothing to plunderI’m an over-40 victim of fateArriving too late, arriving too late

The Ol’ Bloviator was getting along toward 40 himself when he first heard Jimmy Buffet’s wistful reflection on a raucously misspent youth that had dragged on far too long and washed him up on the front stoop of middle age with a résumé decidedly short on profound achievements. It’s hardly surprising that “A Pirate Looks at Forty” resonated with the O.B. when he was looking ahead to the fateful Four-Oh, but it has stuck with him even as the birthday ante rose to Five-Oh, Six-Oh, and now, alas, the fateful Seven-Oh. Though the O.B. can’t exactly claim to have sustained his own piratehood over the last three decades, he does like to think that he at least continued to be, a la Mr. Buffet once more, one of “the people our parents warned us about.” Like everybody else who has made it thus far, the O.B. acknowledges the irony of his long-ago angst about turning forty in light of his current fantasies of being 40, 50 or even 60 again.

The accretion of benchmark birthdays takes on added heft when it finally brings us to the point where we decide that it is time to put aside the labors that have kept the family fed and clothed and largely (often too largely) defined the meanings of our lives over more decades than truly seems possible. Though the O.B. is still in the adjustment phase, he can report that he has reached the stage of retirement where he doesn’t get paid, but the part where he no longer works as hard as he did when he was still seems a faint and distant prospect.

For many people who have managed to surrender gainful employment without having to subsist on day-old bread and Spam casseroles, the sharpest pang attendant to their change in circumstances is the sense of free-falling into irrelevance. Since one’s relevance is always determined by others, and an ever-changing population of them at that, it is a status whose maintenance is likely to demand an increasingly whorish dedication as time passes. Still, accepting the reality of being yesterday’s news professionally is for most of us the extremely rough equivalent of a dog passing a peach pit, the difference being that once that agony is past, Fido need not concern himself with the intimidating question of how he is to make the remainder of his life meaningful. In his case, being a constant source of unconditional love and an occasional fall guy for somebody else’s flatulence gets it done nicely. For us septuagenarians, however, it’s not quite so simple.

The O.B. has tried to read dozens of advice columns on how to find happiness and satisfaction in retirement only to feel gravity working on his eyelids in a matter of a few paragraphs. Here a while back though, he ran into one he could not only finish but do so with profit. The gist of the writer’s advice was that rather than contenting ourselves with familiar, long-mastered activities and pursuits, we should defy our old-goat-hood by taking up something new and edgy, not with the idea of becoming the best there is at it, but with the goal of registering progressive improvement, not necessarily competing with others, but definitely with ourselves. Like much of the advice we cherish, this was particularly welcome for the O.B. because he realized first that he was already following it and second ,that he realized why what he was doing was so satisfying.

As a wide-eyed college freshman, the O.B. had been instructed in physical education by a guy whose uber-coolness was further embellished by his ride, a classic Porsche 356. In what was truly a ridiculous fantasy for a kid surviving on a numbingly steady diet of beanie weenies and peanut butter-and-jelly sandwiches, the O.B., right then and there, vowed and declared that one day he would own one of them sweet-lookin’, even sweeter soundin’ Porsche automobiles. That dream spent some 40 years on hold, yet as the years pile up, there comes a point when “You ain’t getting’ any younger” simply cannot be taken as an admonition that if you actually aspire to amount to anything you’d best be getting to it and can only be interpreted as not simply a suggestion but an absolute mandate to do something unprecedentedly irresponsible and self-indulgent. The O.B. reached that point a little over a decade ago when he was still pondering the implication of his impending sixtieth when he spied a newspaper classified offering a mint-condition, low-mileage 1986 Porsche Carrera at, by Porsche standards, a responsible price, and as quick as that, he made good on his ancient vow.

Porsche 911s of that vintage embody the iconic look and design that generations of car enthusiasts have associated with the brand. Boasting the indestructible air-cooled, 200-or-so horsepower rear-mounted engine, amazing low-end torque and classic Porsche indifference to niceties like air conditioning and power steering, it was, in short, a pure delight to drive, so much so that the O.B. eventually felt an irresistible urge to take it to the track at least once to see what it could do.

It could do quite a bit, as it turned out, though it was clearly no match for the newer, better-handling, higher-powered, more expertly engineered (for both performance and safety) upstarts of more recent vintage Though he did so with much the same feelings that come with putting down a beloved old pooch, the O.B. moved on from his precious, hard-realized vehicular dream to a newer P-car of a different design, in that unlike the 911, its engine was in front of the axle.

Therefore, the Porsche Cayman was less likely than its venerable predecessor to emerge from a tight corner with its rear wheels where its front wheels were supposed to be. Fearful of diminishing the attractiveness of its bread-and-butter vehicle, the 911, the boys and girls in Stuttgart deliberately held back on the Cayman’s horsepower. Yet, although the number of ponies propelling the Cayman crept up only incrementally, the superiority of its handling soon cut into its big brother’s advantage on any sublimely curvy track like Road Atlanta, where speed and balance through the crooks can cancel out a lot of horsepower advantage on the straights.

Thus, it was that having become a track rat of the first order, in the most protracted and non-linear process imaginable, the O.B. managed in the teensiest of many, many steps to get a little better each time out. There is a reason after all why the old adage about the difficulties of teaching an old dog new tricks has been around so long. By the same token, though, there is a difference between difficult and impossible, and it was in precisely that zone where it’s all about concentration and self-discipline that the O.B. found his special personal groove. Even at moderate speed, keeping a vehicle on the asphalt at tracks like Road Atlanta demands close attention, and as the miles per hour climb (to say nothing of the “pucker” factor) nothing less than total mental and sensory commitment is required to send you home with your paint job undisturbed and all your wheels attached. Even a fleeting thought about how good a cool one will taste when the day’s driving is done, raises the prospect of a happy hour spoiled by the sight of your precious toy strapped in contorted agony to a flatbed truck.

There are places approaching every corner where appropriate braking must begin, and an equally critical spot, which always comes later than you think, where the turn-in must be executed lest you run out of track before achieving the necessary turning radius. The eager beaver first-timer might well see taking his car to the track as nothing more than a chance to show off how fast it is on the straightaways, but if he arrives with that attitude, a wizened old gearhead is certain to tell him that most any fool can stomp the pedal to the floor while moving in a straight line. It’s what you can do when the line ain’t straight that really counts.

The O.B. has been reminded of this when he checks out his futuristic whizomatic lap recorder and sees his fastest times on laps where his average speed is the same as a slower lap, but he has minimized the distance he traveled by hitting the corners just about right. It is precisely this demand for precision and focus that pushes literally everything else out of his head that has the O.B. so addicted to the track experience. Of course, he’d be fibbin’ just a bit to tell you that he doesn’t find just a tad of satisfaction in pushing his car to ever greater velocities as he did on this most recent track visit when he saw the needle actually tickle 140 mph for the first time. This figure, you might note, precisely doubles the O.B.’s official coming of old age. Coincidence? The O.B. thinks not, although he hastens to add that compared to his seasoned fellow drivers, he is still the equivalent of an old duffer in a ’53 Plymouth, puttering along in the left lane with his blinkers on all the time. This would come as no surprise whatsoever to the decidedly downbeat Psalmist who reminded us that:

The days of our years are threescore years and ten; and if by reason of strength they be fourscore years, yet is their strength labour and sorrow; for it is soon cut off, and we fly away. (Psalm 90:10)

We might be inclined to hope that the writer went a little overboard in reminding us to make the most of our precious time on the mortal coil when he not only set our checkout date at 70, but made it seem that trying to hang around any longer simply wasn’t worth the effort.  Yet for all the rah-rah, effluence about 70 being the new 50, the current life expectancy figures for males of 76.3 show the old boy’s actuarials were not too shabby, particularly for a goatherd.

The O.B. would have no kick coming if, in the next few days, “buon compleanno” gave way to “riposare in pace” His three-score-and-ten have been filled with the constant and boundless love afforded him by his precious family, and the deep and abiding loyalty of his dear friends and so many of his students. There have been a lot more laughs than sobs, but if it’s all the same to the Psalmist, instead of fixing his gaze on 70, the O.B. plans to double down on 140, mindful all the while that if he is still around five years hence and means to do symmetrical justice to the occasion, his driving still needs a lot of work.