Tom Watson, Donald Trump and the Dark Side of Populism 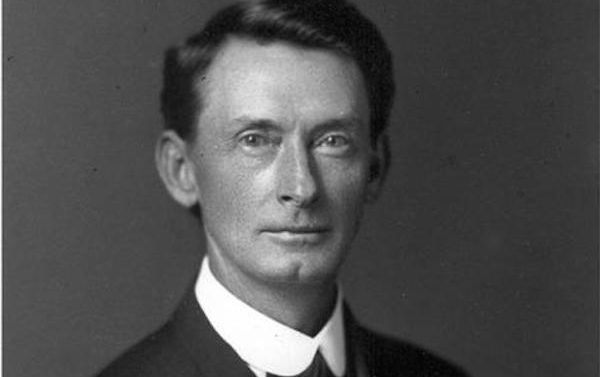 When Georgia Senator Thomas E. Watson died in September 1922, a New York Times writer described a “violent career” marked by “a certain mental instability, and over excitability of temperament, even the presence of actual delusions, such as the hallucination of persecution.” It should not be surprising to pick up more than a whiff of many current appraisals of President Donald J. Trump in this long-ago assessment of Watson, whose troubled life suggests many striking and ultimately disturbing similarities in the traits, temperament and personalities of two men who came to symbolize the darker side of populism.

Born in Georgia in 1856, Tom Watson transcended his impoverished childhood to establish a thriving legal practice before emerging in the 1890s as the most prominent and perceptive spokesman for the downtrodden rural masses of the South, daring even to advocate political cooperation between the races as the best strategy for combating their corporate and financial oppressors (whose hand, of course, President Trump now undertakes to strengthen).

Elected to Congress in 1890, Watson authored the congressional resolution that paved the way for the Rural Free Delivery system, only to see three consecutive re-election bids thwarted by outright fraud, including the coercion and bribery of the black constituents whose votes he courted. When his fellow Populists were scammed into co-endorsing Democratic presidential candidate William Jennings Bryan in 1896, Watson was left with the futile and humiliating task of running unaccompanied as the party’s vice-presidential nominee.

Watson withdrew from the active political scene in the wake of this debacle only to re-emerge in less than a decade calling not for interracial cooperation but brutal political and social repression of black Americans. Not only did Watson now want to disenfranchise the black Georgians who votes he once courted and reduce them to a “recognized peasantry,” but the man who once urged that lynching be made “odious” to whites was now insisting that “lynch law is a good sign… that a sense of justice yet lives among the people.”

Not content simply with persecuting black people, by 1910 he was using his weekly newspaper and monthly magazine to foment scorn and suspicion of the Roman Catholic “Hierarchy” and the “fat Dago” atop it and reveal how “The Confessional Is Used by Priests to Ruin Women.”

A few years later, Watson locked on to another vulnerable target, unloosing an incendiary anti-Semitic torrent that figured critically in inciting the infamous 1915 lynching of Leo Frank, the “young libertine Jew” dubiously convicted of murdering Mary Phagan, a young girl worker in the Atlanta pencil factory he supervised. When the governor commuted Frank’s death sentence, Watson declared that Georgia “HAS BEEN RAPED!” by a conspiracy of “rich Jews” determined that “no aristocrat of their race should die for the death of a working-class Gentile.”

When Frank was seized by a mob and hung, Watson praised the lynchers and defiantly warned outraged northerners that their “vilification” might prompt the resurrection of the Ku Klux Klan in order to defend the South’s right to “HOME RULE.” Watson’s prophecy was fulfilled a few months later, and, as his biographer C. Vann Woodward noted, that if “any mortal man” were responsible for “releasing the forces of human malice and ignorance and prejudice, which the Klan merely mobilized that man was Thomas E. Watson.”

Writing in 1938, Woodward left the impression that Watson’s seemingly abrupt embrace of bigotry and intolerance was the mark of a man ultimately driven mad by the incessant frustrations of his earlier career. Yet, he also presented considerable evidence of Watson’s mental illness that surfaced well before he burst on the political scene. It is here that, despite their disparate backgrounds, certain critical similarities between Thomas E. Watson and Donald J. Trump become more apparent.

Unlike the born-on-third base Trump, the poverty-stricken young Watson was unable to swing more than a couple of years of college education. Yet Watson was nearly nine when the Civil War ended, old enough to recall the much cushier circumstances he enjoyed until emancipation took his wealthy grandfather’s slaves, and his own drunken and dissolute father quickly squandered what remained of the family’s land and financial resources. Gripped by an indelible and at times self-destructive nostalgia for the near-idyllic comfort and security of his early childhood, as a young collegian, Tom compensated for his shabby clothing with intimidating displays of oratorical prowess and a boisterous, often bullying campus persona that screamed “chip on my shoulder.”

Even as a practicing attorney, Watson’s thin skin and combustive pride had triggered altercations with colleagues and verbal abuse of those close to him. “The better part of me is poisoned,” he lamented at age 26. He had “imagined enemies where there were none, [and] been tortured by indignities which were the creatures of my own fancy.” The same might well be said about Donald Trump, though it is a virtual certainty that it will never be said by him.

There is no scarcity of references to a youthful Donald Trump as combatively “headstrong “and an aggressive “loudmouth bully.” Banished to military school in the eighth grade, he was given to exaggerating the earnings from his father’s real estate deals for the benefit of his classmates. Driven “to be number one,” fond of “compliments,” and eager “to be noticed,” he made sure of the latter as a senior by ostentatiously strolling the campus in the company of “gorgeous women, dressed out of Saks Fifth Avenue.”

Whatever their ages, both men revealed an insatiable hunger, at once pathetic and pathological, for vindication and acclaim, cloaked in an ego every bit as oversized as the deep-seated inferiority complex that fueled it. No accomplishment, however exalted, seemed to offer either of them more than the most fleeting satisfaction. Neither of Tom Watson’s respective elections to the Georgia legislature and both houses of Congress gave him more than ephemeral happiness before giving way to perpetual agitation and discontent.  Even after capturing a U.S. Senate seat in 1920 at age 65, Watson spent the final 18 months of his life in that traditionally august body lashing out at colleagues, largely for perceived personal slights. What vitriol he had left was directed at mysterious conspirators, like the Iowa-born Secretary of Commerce Herbert Hoover, whom Watson dubbed an “Englishman” while demanding to know “the secret influence which suddenly put him at the head of things in this country.”

In Trump’s case, the warm afterglow of his inauguration as president of the United States lasted scarcely 12 hours before he was complaining of a vengeful media conspiracy to underrepresent turnout for his big moment, only to move quickly to charging that it took several million “illegal” ballots to deny him a popular vote majority. As columnist Maureen Dowd observed, “Those who go into the Oval Office with chips on their shoulders and deep wells of insecurity… are not suddenly aglow with self-assurance.” Clearly, like Watson entering the Senate, Trump did not check “the tantrums, the delusions, the deceptions, the self-doubts and overcompensation,” that comprise his not inconsiderable emotional baggage at the White House door.

There is no concrete evidence that Donald Trump’s sustained and ill-concealed appeals to prejudices, fears and frustrations has yet led directly to anything so horrific as the lynching of Leo Frank. Yet the sharp spike in reports of gratuitous verbal and emotional abuse of racial, ethnic and religious minorities that accompanied his campaign and ascent to the Oval Office fairly reek of sulfurous portent.

Woodward thought Tom Watson’s scurrilous sensationalism gained purchase primarily among increasingly marginalized whites “frustrated in their age-long, and eternally losing struggle against a hostile industrial economy” and thus eager for new, “more exciting crusades against more vulnerable antagonists [especially] anything strange and therefore evil.” This characterization is surely more than moderately evocative of Donald Trump’s malleable core constituency of white voters whose economic status and prospects, not to mention social and political standing, have been on the decline for some two generations.

Trump’s reliance on what he calls “truthful exaggeration” is amply documented in a good-sized and still-accreting mountain of grossly exaggerated claims about his popularity, wealth, influence, philanthropy, etc. Tom Watson was not exactly a slouch in this department either. Disseminated strictly at his direction, a mere “rumor” that an angry mob was threatening his life was sufficient to draw hundreds of followers to stand guard at his home around the clock.

Like our current president, Watson also gloried is his near-dictatorial sway over his supporters, routinely ordering them to vote for a certain candidate in one election and, often as not, against him in the next, or commanding them to show up whenever and wherever he wanted to make a grand entrance to a thunderous welcome akin, one journalist thought, to what might have greeted “proud Caesar” upon entering the gates of “Imperial Rome.”

It is not difficult to see in Watson the “anti-social behavior, sadism, aggressiveness, paranoia and grandiosity” that underlie some psychotherapists’ drive-by diagnoses of the President’s “malignant narcissism,” a condition they deem “incurable.” This unfortunate prognosis may explain why, instead of being elevated by the high offices they attained, both Watson and, thus far, Trump, managed to reduce the dignity and stature of their respective positions. In the end, the critical difference between those positions simply underscores the ominous implications of the similarities in psychological makeup between the two men, one a lone, ineffectual outlier hemmed in by ninety-five bored and dismissive peers, and the other, also delusional, but uniquely empowered to destroy national and global stability whenever it serves his purpose, or, one suspects, simply tickles his fancy.

James C. Cobb is the B. Phinizy Spalding Professor of History Emeritus at the University of Georgia. This is an expanded version of a piece first posted on the History News Network.

Stipe vs. Letterman: Who Wore the Retirement Beard Best?

Dead Neighbors Had Their Gear Stolen at SXSW