On Today’s Campuses, Speech Is Neither Free Nor Easy 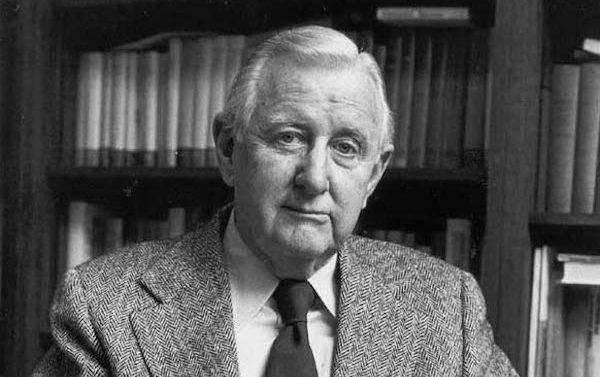 A lot has happened since the Ol Bloviator was called away from these cyber-pages to attend to numerous loose ends, attending both to his research, and to the rules and regs pertaining both to his imminent retirement from his longsuffering employer and alma mater (three times) and to the utterly chaotic foreplay leading up to getting laid low by the USG’s default on its health care promises to its employees. (More to follow on this soon.)

Among the things that have been crying out for his unsolicited commentary is the raging controversy within the academic realm over whether freedom of expression in practically any form must be restricted to avoid giving offense various racial, ethnic, cultural and sexual orientation groupings within the student population. The following is the O.B’s take on this matter as it might be viewed through the eyes of one of the nation’s leading champions of free speech in the 20th Century, the late historian C. Vann Woodward. It is a slightly updated version of a piece posted on The History News Network.

When it appeared in 1975, Yale’s Free Speech Policy made such a forceful case for the absolute necessity of protecting free expression on campus that it was quickly adopted as a model for a number of other universities. Forty years later, however, events at Yale and elsewhere demonstrate that many of the old certainties about the nature and primary importance of free speech in the academic arena are anything but certain. Yale’s policy was once better known as “The Woodward Report,” in reference to C. Vann Woodward, the distinguished historian and public intellectual who chaired the committee charged with drafting the report. The association was indisputably fitting, for in addition to his role as an early and ardent crusader against racial injustice and exclusion, Woodward had been a champion of free speech and dissent since his young adulthood. In 1930, at age 21, fresh out of Emory University and teaching English at Georgia Tech, he became one of 62 signatories to a petition protesting arbitrary arrests and police harassment of communist spokespersons in Atlanta and demanding they “should be protected in their constitutional rights of free speech and assemblage.” Two years later, he had helped to mount a defense effort for Angelo Herndon, a young black communist organizer who was arrested and imprisoned on charges of “inciting insurrection” under an obscure Georgia law dredged up from the Reconstruction era. Woodward would again risk his job and reputation by stoutly affirming the loyalty of embattled German-born faculty at Scripps College, where he was teaching at the beginning of World War II.

These and other such activities presaged Woodward’s prominent role in supporting his Johns Hopkins colleague, international affairs expert Owen Lattimore, whose tolerant views on the Soviet Union led Senator Joseph R. McCarthy to condemn him as “the top Soviet espionage agent in the United States” in 1950. Though McCarthy and countless others urged Johns Hopkins administrators to fire Lattimore, Woodward was in the front ranks of a faculty cohort who succeeded in persuading the Hopkins higher-ups to retain him even after he was indicted by the Justice Department in 1952 and up until he was finally cleared of all charges in 1955.

Like many others born of the Cold War anxieties of the 1950s, Lattimore’s case fell into a general pattern stretching back to the Early National Era in which individuals or groups who challenged the prevailing verities or the practices of the reigning political majority, provoked determined efforts to silence them either through the resources of government or by any other coercive means available. The next decade, however, would bring a striking new twist to free-speech debates and conflicts, in the academic realm especially, where it would frequently be those bent on fundamental alteration of the system who sought to silence its increasingly outmanned defenders.

Even as a champion of free speech and dissent, Woodward drew the line at what he saw as the unreasonable demands and bullying tactics of militant black students and anti-Vietnam war activists who succeeded in shutting down some universities for days at a time in the 1960s and early 1970s. On the other hand, rather than damaging, he thought periodic disagreements, even potentially volatile ones, sparked by the expression of controversial or unpopular views were vital to maintaining a vibrant, energized campus intellectual environment. He was more than a little dismayed, then, in September 1963, when then-provost and acting president Kingman Brewster persuaded a student organization to rescind its invitation to Alabama Governor George Wallace to speak at Yale. Brewster would later be named president in his own right, but he was clearly chastened by the backlash against his use of his office to restrict free speech on a campus where it was supposed to have been such a hallowed tradition. Though Woodward had been at Yale barely a year at that point, he had not hesitated to let Brewster know of his disapproval. Nearly a decade later, he would be, if anything, even more upset when student protestors were allowed to physically prevent Gen. William Westmoreland from taking the podium in 1972 and two years later when they succeeded in shouting down a debate featuring physicist and black-inferiority theorist William A. Shockley. In the wake of the Shockley debacle, Brewster asked Woodward to chair a committee to draft a policy that would reaffirm “the principles of free speech” at Yale.

Unlike many documents constructed by committee, the Woodward Report would have both an immediate and a lasting impact, owing in no small measure to its eloquent and compelling argument for free speech as the absolute and inviolable principle by which all universities worthy of the name must abide: “The history of intellectual growth and discovery clearly demonstrates the need for unfettered freedom, the right to think the unthinkable, discuss the unmentionable, and challenge the unchallengeable… We value freedom of expression precisely because it provides a forum for the new, the provocative, the disturbing, and the unorthodox.”

Such assertions seemed very much in tune with the spirit of an era of zealously composed and just as zealously ripped down bulletin–board treatises and competing bullhorns echoing across college campuses. Although the report’s authors conceded that “if a university is a place for knowledge, it is also a special kind of small society,” they ultimately concluded that “it cannot make its primary and dominant value the fostering of friendship, solidarity, harmony, civility, or mutual respect” and remain true to its central purpose.” Indeed, they added for good measure, “It may sometimes be necessary in a university for civility and mutual respect to be superseded by the need to guarantee free expression.”

Woodward remained true to this principle in 1986, when he took up the cause of Wayne Dick, a student who had been placed on probation for posting flyers that mocked “Gay and Lesbian Awareness Days” by announcing “Bestiality Awareness Days.” Dick had cited the Woodward Report in his defense, and his new champion explained that “certainly I don’t agree with his ideas, but they all come under the protection of free speech.” Yale’s executive committee agreed to a re-hearing of his case and cleared Dick after Woodward recruited several influential witnesses to testify in his behalf, including Yale’s Law School dean, who conceded that Dick’s actions were “tasteless, even disgusting” but allowed “that’s beside the point. Free expression is more important than civility in a university.”

This point of view did not go unchallenged at Yale or elsewhere, even in 1986, and, needless to say, it can hardly be said to hold sway today, when protestors at Amherst are demanding “extensive training for racial and cultural competency” and possible disciplinary action against fellow students who had posted placards upholding “Free Speech” and declaring “All Lives Matter.” Likewise, it is difficult to imagine anything farther from the ideals expressed in the Woodward Report, than the recent viral video from Yale itself, in which a student berates Professor Nicholas Kristakis, master of Silliman residential college—and implicitly, his wife, the associate master—for failing to endorse the campus intercultural affairs committee’s call for students to avoid potentially offensive Halloween costumes. Their job, the student insists, is not to create “intellectual space” but “a place of comfort and home.” Student demands for the couple’s ouster at Silliman have yet to bear fruit, but it seems a fair bet that Christakis’s decision to take a sabbatical next term and Ms. Kristakis’s plan to step away from her role as a lecturer at Yale represent something more than your old everyday, garden-variety coincidence.

Woodward himself seemed to anticipate some of the current conflicts as early as 1989, when he observed that, while it was “majority opinion” that had been offended by Shockley’s appearance at Yale in 1974, 15 years later it was “mainly minority groups that fe[lt] offended by unrestricted free speech.” In condemning “opinions and speech held repugnant or offensive” as “harassment,” Woodward thought, minority spokesmen were resorting to “much the same rhetoric of shock and anger” once leveled at “the public sentiments of Professor Shockley and General Westmoreland.”

The problem with Woodward’s ironic observation was that he was comparing the feelings of an undifferentiated campus majority in the Westmoreland-Shockley cases of the early 1970s to the feelings of a sharply defined racial minority at the end of the 1980s. This discrepancy reveals much about the aims and expectations of the dedicated liberal crusaders of Woodward’s generation. Speaking out forcefully against racial injustice at a time when it really meant something to do so, their goal was integration rather than racial or cultural diversity, which, rather than an end in itself, was for them, more of a stage in a larger process of assimilation. Intellectual diversity was another matter entirely, however, for they had dedicated much of their lives to toppling the tyranny of majority opinion and defending its victims. It was hardly surprising, then, that their ideal campus was one where the free expression of ideas mattered above all and racial or cultural distinctions and the attendant sensitivities mattered progressively less.

To say the least, Woodward and others of his cohort failed to account for such possibilities as racial, ethnic, cultural, and sexual-preference minorities actually embracing and demanding respect for identities that they had been expected to lose to the swift currents of the social mainstream. At any rate, the Woodward Report’s insistence that freedom of speech on college campuses is not a debatable proposition rings true these days only because, as Shockley learned at Yale, it is impossible to debate anything in the midst of a shouting match, in this case, between those seeking to bolster old protections for free expression, and those (currently enjoying the decibel advantage) demanding new protections from it.