What Does a Tuna Melt Have in Common With a Nissan Sentra? 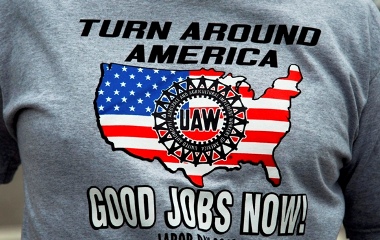 Just in case anyone in these parts might have missed the Ol’ Bloviator lately, he has been held hostage by his egregiously unwise agreement to deliver two major expostulations, one exploring the national and international economic influences on southern racial practices and the other comparing economic development strategies in the American South to those of the European Union. In making the transition between them, he has stubbed his toe on what he hopes is an interesting historical comparison.

Prior to the sit-ins of the early 1960s, national commercial chains like Woolworth’s blithely allowed their southern outlets to adhere strictly to local racial norms in their treatment of black customers. “Dime-store” discount chains like Woolworth’s and S.H. Kress offered their patrons the quintessential cheap dining experience in their snack bars and lunch counters. A classic offering was a “tuna melt,” a toasted white-bread sandwich sporting a glob of canned Chicken of the Sea tuna and a half- melted slice of effectively odorless and tasteless processed American cheese. The thing was, if you were a black shopper at Woolworth’s who was suddenly overwhelmed by an intense craving for this utterly delectable offering, you might be able to order it at the lunch counter, but certainly not to eat it there, because the counter dining space was strictly for whites only. Black customers’ money was as green as white customers’, it seems, everywhere except at the lunch counter.

In most cases, the decisions of national chains to allow their southern outlets to discriminate so blatantly were simply about the bottom line. White customers spent more money in their southern stores than did black ones, and thus there was more to lose by offending the former than the latter. In the big picture, however, the old bottom line shifted sharply after black protestors began their sit-ins and picketing at southern lunch counters in earnest, and the accompanying ugly scenes of violence and vitriol became steady fare on the national news. Suddenly, national retail operations like Woolworth’s were facing organized boycotts of their stores north of the Mason-Dixon line from both white and black customers. At this point, the lunch counter proceeds from a few stores down South didn’t seem much of a consideration anymore. (As to the fears of losing white customers by desegregating lunch counters or integrating sales forces, in his new book, Sharing the Prize: The Economics of the Civil Rights Movement, the brilliant Stanford economist Gavin Wright shows that in city after city, de-Jim Crowing department stores triggered a steady ascent in sales figures.) The overall point here—just in case you had wondered if one was really ever going to materialize—was that for most major firms with a large footprint outside the South, once their adherence to Jim Crow practices in their southern outlets and facilities was dramatically, almost theatrically exposed by protests and the attendant media coverage, these policies quickly became unsustainable.

A half-century later, there is a move afoot to break down another ossified and oft-lamented southern tradition, that of diehard, down-and-dirty resistance to any and all efforts to unionize southern workers. Willie Morris exaggerated but little when he observed that the only thing protecting labor organizers in Mississippi were the game laws. This resistance, by the way, was anything but an underground movement. Its loud and proud champions were governors, senators, mayors, and law enforcement and development officials intent on protecting established employers lured south by promises of cheap, non-union labor. There were also concerns about the impact on a state’s perceived “business climate” of allowing a large, unionized plant (forget the improved wages and worker benefits that might come with it) to set up shop in your state. A while back, for example, development leaders in Spartanburg, South Carolina, wanted nothing to do with a proposed Mazda assembly plant, which despite its huge payroll bulging with well-above-average wages, promised to employ “3,000 card-carrying, hymn-singing” UAW members, and thereby, one local official thought, “bring an abrupt halt to future industrial prospects in the area.”

Back in the 1970s, when the southern states plunged headlong into recruiting European and other multinational industrial employers, many thought this shift might well be the death-knell for the South’s reputation as a bastion of anti-unionism. After all, weren’t these firms thoroughly accustomed to negotiating with aggressive worker organizations back home? As it turned out, though, firms like Michelin, Mercedes and BMW had enjoyed about all they could stand of such negotiations and looked forward to setting up shop in a region that union representatives entered solely under cover of darkness, and even then, with their life insurance premiums all paid up. Throw in its proximity to major concentrations of car buyers, and the American South quickly became a haven for foreign automakers, ranging from flashy yuppie-mobile specialists like Mercedes and BMW to the down-market but determined makers of the humble Hyundai and Kia.

With the sharp downturn in the American auto industry during the last few decades, the fortunes of the United Auto Workers had also taken an epic plummet, and despite some modest rebounds recently, its current membership of some 382,000 is a far cry from its peak enrollment in 1979 of 1.5 million. The tendency of Detroit’s Big Three automakers to shift a number of their operations down South contributed to this massive decline, and now with many foreign car producers enjoying that vaunted southern hospitality (notably absent when it comes to unions), the U.A.W.’s back is to the wall, and its leaders have little choice but to embrace the notion that the best defense is a good offense. To that end, the union has launched major organizing efforts armed at, among others, Nissan’s huge production facility in Canton, Mississippi, which currently employs 5,200 workers, a number of whom have complained recently about a lengthy wage freeze, production line speed ups, and a lack of communication with plant officials. This is not the first dust-up between Nissan and the U.A.W. A similar U.A.W. assault at Nissan’s plant in Smyrna, Tennessee, in 2001 met with a crushing defeat, and the company has not exactly laid out a welcome mat in Canton, either. There is also the fact that although an estimated 35 percent of the workforce are temporary hires earning $12.00 per hour or less, the annual wage for remaining full-time plant employees is some $11,000 north of the state’s (and the nation’s lowest) median household income of $37,500.

Despite these concerns, the official U.A.W. take on its prospects in Canton is notably upbeat. Some 80 percent of the workers at the Canton plant are black, and the union has welcomed civil rights leaders onto their team. Not only has the U.A.W. rallied its decimated rank-and-file membership elsewhere in the U.S. to get up in Nissan’s grille, but it has sic’ed sympathetic foreign labor organizations on Nissan in places like Brazil, France and Japan, charging that plant officials have threatened a shutdown if the union drive succeeds. Such an international campaign, including heavy pressure from the powerful I.G. Metall metal workers union in Germany, appears to have boosted the U.A.W.’s chances of gaining a foothold at a new Volkswagen plant in Chattanooga.

Hopefully the similarities with the desegregation campaigns of the early 1960s are clear. Whether the results will be comparable remains very much up in the air right now. The matter hinges in part on Nissan’s plans for the future in Mississippi, but the issues reach well beyond the simple question of whether, in the interest of hushing up the global hullaboo, the company will simply choose to absorb higher labor costs in that state going forward. Mississippi has been extremely generous and cooperative with Nissan thus far, providing a reported cumulative subsidy amounting to a bank-breaking $1.3 billion, presumed to be the most lucrative corporate fork over to an automobile maker to date. Whether Nissan’s huge payroll at Canton will suffice to maintain this cordial relationship should the company succumb to union pressure depends primarily on how state and local leaders react to seeing their state lose its virtual virginity where organized labor (currently accounting for less than 6 percent of the workforce) is concerned. With so much of the Magnolia State’s economic development effort still grounded in promises of low-wage, non-union labor, even in Mississippi, a U.A.W. victory in Canton at this point is likely to be every bit as hard to swallow as a tuna melt at an integrated lunch counter might have been 50 years ago.