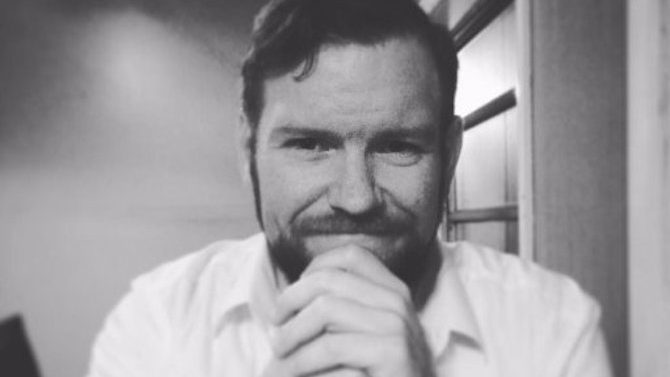 In its second year, Athens Startup Week, a part of the official Techstars startup program and happening during the first Acropolis: Athens’ Innovation Festival, is a way to show talent, find talent or just see what’s going on in Athens.

“In fact, we encourage folks to come out and check out the different events that are going on, just see what we’re doing. And that ties into the whole Acropolis Festival. We want people who aren’t normally associated with these entities to come out and see what’s going on in Athens, particularly in the realm of innovation,” said Jordan Burke, executive director of local tech incubator Four Athens.

Athens is a town dense with creative folks, and Burke said they use the term “innovation” in a very broad manner. “Athens is a very eclectic town, and I think trying to pigeonhole one particular thing… would be short-sighted of us.”

Five main events will take place during the week, and anyone can register online—it’s not limited to tech wizards.

The Athens Game Jam—a 48-hour hack-a-thon at the Center for Community Design and Preservation (CCDP) at 225 W. Broad St., sponsored by the Georgia Game Developers Association—begins Friday evening and runs through Sunday, Apr. 9. Teams will build a game with only a theme to go on, with the winner receiving a cash prize. The mix of musicians, artists, software developers and designers allows for a creative and inclusive competition.

A twice-annual event, the Students2Startups spring job fair Apr. 11 at the Tate Center, sponsored by Four Athens and the UGA Entrepreneurship Fund, is the place to hire or be hired. According to Burke, over 20 startups and local businesses have representation and often find junior developers, marketing interns and other talent through the fair.

On Apr. 12, eight teams, four from UGA and four from across the nation, will have the chance to give pitches on either their existing business or a new business idea at Hotel Indigo. The winner will receive $10,000. Reservoir, a Four Athens company, is hoping to add a win here to its list of accolades.

Idea Accelerator Demo Day, the showcase for the spring Idea Accelerator, which started in February with 35 teams and is now down to its final 10, will award $5,000 to whichever team has the winning presentation Apr. 13 at CCDP. Students and community members are involved in the teams, and last year’s winner, Joe Nedza, will be there serving up treats from his business, Nedza’s Waffles.

Life’s a Pitch on Apr. 14 gives participants the experience of coming up with a pitch as a team, with the purpose of solving a particular problem. The event is a vehicle to learn how to develop a pitch and give public speeches. Participants will compete for audience favorite or a prize.

Athens Startup Week is one of many efforts by Four Athens to integrate the multitude of entrepreneurial and startup brainpower in Athens-Clarke County. Burke said the week is “a good platform for cross-pollination across all the sectors.”

That’s also the thinking behind Acropolis, the monthlong event that debuted Apr. 1. The initiative was created by a group of like-minded innovators, including Burke, who saw a need for communication and collaboration in Athens among startups and other small businesses.

“This collaborative effort showcases innovation, but is a testament to the solidarity of the various entities engaged in promoting Athens as the best location in the Southeast to exist as an entrepreneur or creator,” said ACC Economic Development Director Ryan Moore. “Having this kind of buy-in from the community has been truly inspiring.”

Over 20 innovation-based events will be hosted throughout the month by multiple organizations.

“[We want] to showcase the innovative stuff that we’re doing in Athens and get eyes on it that normally wouldn’t see what we’re doing,” Burke said of the plan to integrate some events with the popular Twilight Criterium bike race the last weekend in April. “Because they’re here for Twilight, and they only see that. This year’s goal is to reach Athens and one network node away from Athens.”