More Rules for Uber, Fewer Rules for Taxis in the Works 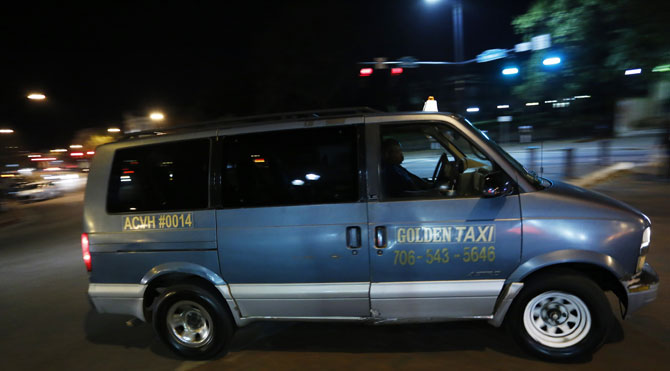 House Bill 225, which at press time had passed the Georgia House and received a favorable report from a Senate committee, would require insurance and background checks for Uber and Lyft drivers statewide but would also prevent local governments from regulating the services. Presently, local taxis are regulated by ACC police, and that would not change. However, Uber and Lyft are not considered taxis under HB 225, and the legislation would also block any future regulation of cab companies by Georgia cities that do not already regulate them.

Athens cab drivers must pass background checks, display ID, keep ride logs (but sometimes don’t, especially when drivers don’t report fares to dispatchers) and maintain insurance. Taxis must be inspected and have two-way radios. Cab companies also must provide service 24/7 (not just during times of high demand, like Uber). And taxis are required to take a passenger anywhere in ACC, although drivers sometimes resist that requirement, preferring shorter trips.

Athens-Clarke County Commissioner Kelly Girtz told Flagpole that Uber and Lyft “may be in violation” of the taxicab ordinance, “but knowing that state action is underway, we haven’t pursued action against them.”

Girtz chairs the commission’s Legislative Review Committee, and he wants to rewrite the local ordinance to end the “chaotic environment” and frequent complaints about cabs. Conflicts between drivers and students are common and occasionally serious, and taxicab enforcement presents more problems for local police than alcohol enforcement does, interim Police Chief Carter Greene told the committee.

More frequent are disputes over fare amounts. “There’s just that constant battle with fees I see all the time,” Sgt. Laura Lusk told the committee. Taxi meters might solve that, she said; Commissioner Jared Bailey suggested that cameras could help, too. And Lusk said age or mileage limits on vehicles might reduce complaints that “the vehicles are horrible.”

But students behave badly too, she said, “especially now that we have a lot of drivers from other countries.” There are racial insults, “they tear up the vehicles; they puke in them.”

If HB 225 passes, local cab companies will still be regulated, but not individual drivers, “which we think is going to be a public safety issue,” ACC Attorney Bill Berryman said. Both Lusk and Greene were skeptical about the state’s ability to regulate drivers meaningfully, since it barely has staff to regulate bus and shuttle drivers now.

A spokesperson for the Georgia Municipal Association, which advocates for local governments, said the group is “neutral” on HB 225. “There hasn’t been an outcry from our cities that the bill will have a negative impact,” she said.

Taxi discussions will continue next month. Girtz suggested possibly dropping the requirement for all cab companies to offer 24/7 service at all times, and also suggested again considering late night bus service. (A “drunk bus” was tried over a decade ago but had low ridership and didn’t break even.)

No one from local cab companies attended last week’s meeting. They probably didn’t know about it, Girtz told Flagpole.