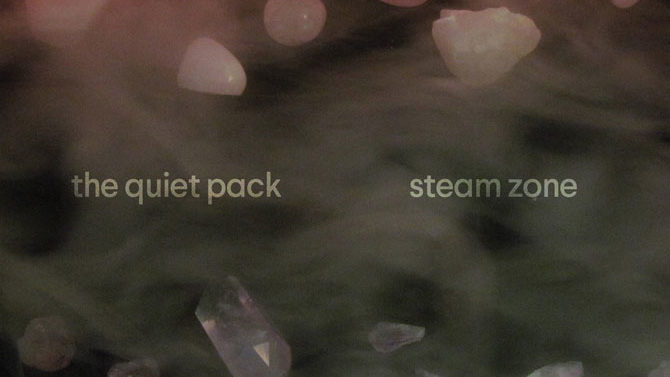 Steam Zone introduces its persona in the opening bedroom-pop track “Flexing Heavily By the Scenic Overlook,” and carries the “let me romance you” vibe over into “Construction Materials.” “Meet Me on the Astral Plane” was released as a single in April, and is Steam Zone’s most ambitious portion, using recordings of astral projection seminars and other samples to layer the track into a surreal, jazzy dream.

The curiosity of the album is the robo-voiced “We Love Hangin’ Out.” The track is different vocally than the rest of the album, and the hook is reminiscent of the “We Like to Party” intro from the Six Flags commercials, minus the dancing old guy and the aggressive techno-dance beat. It’s strategic, it’s fun, and it fits the album while bringing something new to the table.