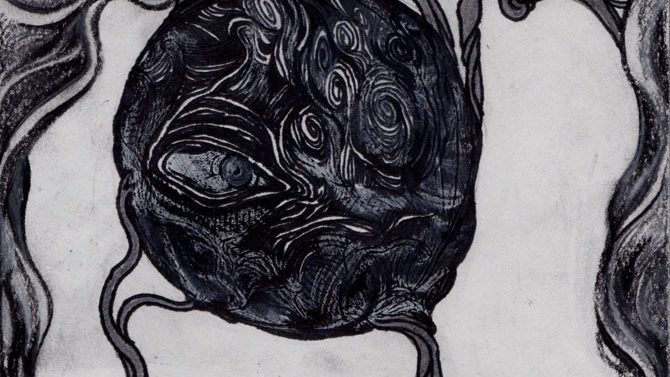 (Illuminated Paths) Athens-based project The Electric Nature’s fourth proper album is about as Southern-psychedelic as you can get, which is saying a lot given the album’s birthplace. The six-track effort, released on cassette by Cape Canaveral, FL imprint Illuminated Paths, starts with a subdued field recording of a cricket symphony—perhaps the ultimate in aural Southern naturalism—before imploding into a series of blinding highs and lethargic lows that crash into organic waves of possessed guitars and distant drones that riff into oblivion.

To tackle the album’s fried sprawl, Michael Potter, the project’s ringleader, corralled a stunning array of 12 musicians and noisemakers. While the presence of so many hired hands might make for a disorganized din of electrified noodling, Potter selected the perfect assortment of players, including Thom Strickland and Thomas Valadez of Future Ape Tapes, Elephant 6’s John Fernandes and Leisure Service’s Michael Pierce.

“Alienation I,” “The Death of July” and “The Ghost of August” drift through spacious, Acid Mothers-style guitar jams, while the bright, optimistic “Alienation Jam” could be a Bardo Pond demo. The 13-minute closer “Alienation II/Outro” meanders through a scorched Earth littered with castaway amplifiers broadcasting tectonic sheets of feedback into the air. It’s an obliterated scene that haunts and seduces at the same time.