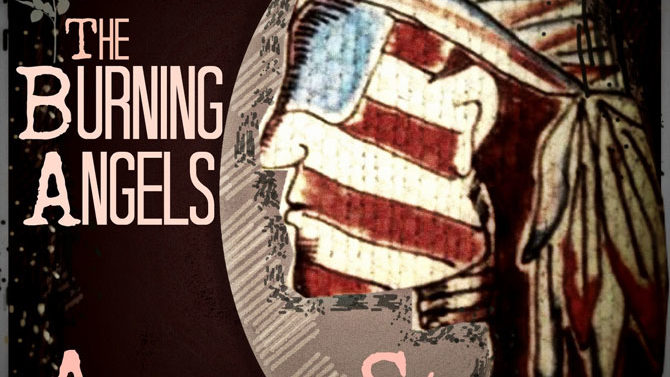 The Burning Angels follow up last year’s Beautiful Scars LP with an album of mostly acoustic numbers. American Stranger may seem like a country affair, and indeed, many of the old tropes about small-town living and drinking your sorrows away stand present and accounted for. However, the Angels have stripped these tracks clean of bells and whistles; songs like “Leaving Town,” “Lovingood” and “Good As It Can Get” are sparse, sorrowful tunes, featuring only Mark Cunningham’s grit-rich voice and his guitar.

Extra kudos are due for the gentle slide-guitar work laced throughout (especially on “Smoke & Sin”), which sounds far less twangy than usual and lends some lovely enigma. One wild card stands out, and it’s fabulous: “Waterslide” could be a Dinosaur Jr. B-side, but instead of a wall of distortion we hear some faint, twisted riff swirling like a far-off smoke signal.

Elsewhere, the Angels retreat to safer havens, perhaps last-second attempts to lighten up the mood: “Natchez” and “Nazareth Song” find Cunningham treading the well-beaten trail of the cheery country duet, replete with down-home fiddlin’ and the utterly ordinary Southern-belle singing partner. And the title track, in spite of its intriguing, hazy vibe, also sits cozy in friendly waters, at odds with the mystery and sorrow that makes the middle part of the LP so fascinating. Overall, though, American Stranger provides a pleasant space for one to brood, and should appeal to all the Cowboy Junkies junkies out there. 3 out of 5.