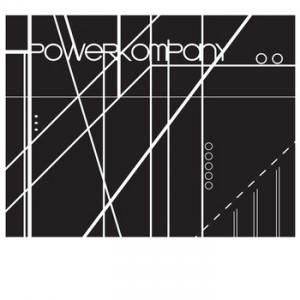 Thank God for Athensâ€™ powerkompany. This fast-rising new act has crafted a slight, but muscular 7-song album that stacks up brilliantly against 2011â€™s onslaught of dreampop bands, bringing something new and exciting to a subgenre that is fast becoming overcrowded. A duo in many senses, guitarist/violist Marie Davon (Venice is Sinking) and guitarist/violinist Andrew Heaton (Packway Handle Band) are a married couple, also marrying their love for acoustic instrumentation with some beautifully understated production. On the title track, a mysterious, intricately arranged series of sonic vignettes guides Davonâ€™s steady vocals down a windy, unfamiliar path and lends the entire piece a fluid, shifty sensation akin to that of sleepwalking. â€œWalking Awayâ€ is a haunting lamentation; a collage of words, strings, and sighs in which Davon despairingly repeats â€œI give upâ€ with a striking vulnerability, almost as though she were singing a dirge at her own funeral. The magisterial â€œMermaidâ€ finds her repeating the words â€œYou look better in the sunlight,â€ almost mantra-like, and at times nearly acapella, in between gorgeous passages in which her voice takes on an ethereal presence not unlike that of Julianna Barwick, and intertwines with her husbandâ€™s violin in a celestial dance amongst the heavens.

powerkompany have tapped into something real, honest, and powerfully original here, and my only complaint is that thereâ€™s not more of it. If this Athenian power couple can craft seven more songs as lovely and brave as those found on Comfort, it may not be long before all theyâ€™ll need is their music to keep the lights on.