With Sailors and Ships, Jeremy Wheatley Steps Out From Behind the Drum Kit 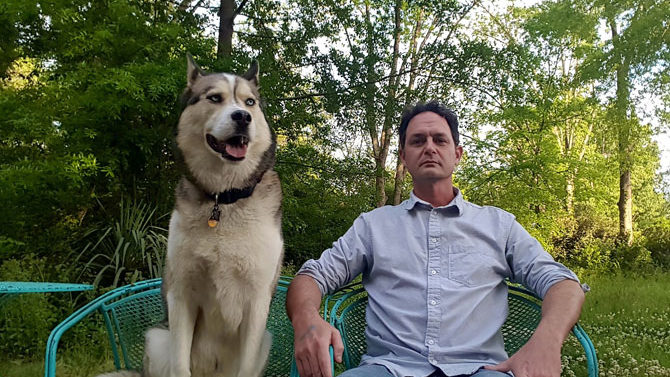 Here’s a little lesson in rock and roll economics: Pretty much everyone wants to play the guitar. Everyone has their own reasons, but whatever the case, this imbalance in instrumentation choice creates a dire demand for reliably solid drummers. As a case in point, see longtime Athenian drummer Jeremy Wheatley. Wheatley’s kept time for a wide variety of acts over the roughly 20 years he’s lived in town, recording and performing with the likes of Blue Blood, Cracker, Crooked Fingers, Ruby the Rabbitfoot, Palace Doctor, Purses… you get the picture.

When you position yourself as the go-to town drummer, your own songwriting tends to take a backseat. Yet after years of carving out time to write and self-record, Wheatley has managed to prepare the first full-length album of his solo career, for his project Sailors and Ships.

“It feels good to not play drums,” Wheatley says with a laugh, in between sips at The Old Pal. He’s just walked over from his house in Normaltown, where he was testing out a guitar pedal that North Carolina transplant and Crooked Fingers bandmate Eric Bachmann had brought over. “We talk about music stuff a lot when we travel together,” he says, before providing some backstory for his new musical outlet.

The idea for Sailors and Ships came to Wheatley about 10 years ago. As a songwriter, he played sporadically in town, either solo or as a trio with Thayer Sarrano and pedal steel aficionado Matt “Pistol” Stoessel, but it wasn’t until last year, when he experienced a creative burst and started to get more comfortable with home recording, that the project began to take focus.

“I had all these old songs, and I would frequently go back and listen to them,” Wheatley recalls. “Then, I just kind of hit a little bit of a burst of writing, where the other half, or the other three quarters, of this record just kind of started happening pretty fast, and I liked them.”

Wheatley grew more and more excited about the material he was working on, often wanting to come straight home from work at UGA’s College of Engineering to plug into his interface and hit record. With new songs coming along quickly, Wheatley took another listen to those he wrote at the advent of Sailors and Ships to develop a framework for the album.

“I kind of culled back through some older stuff,” Wheatley explains. “There’s probably three on there that are around that old, and then this other stuff on [the album], some of it was written [in 2018],” he says.

With the exception of two tracks recorded with his old friend, Ken Hinsley—“All Is Undone” and “Pass the Nickel,” the only two songs on the album featuring a full drum kit—Wheatley recorded the album on his own, with additional backing vocals from Avery Leigh Draut and mixing assistance from Andy LeMaster.

On an album of 11 songs written over almost as many years, there is a lot of ground covered. Movement and water imagery are a bedrock of the self-titled record, as evidenced clearly in the name of the project, its title track and the deceptively sunny “Mass Migration,” which finds Wheatley crooning, “It’s feeling like a mass migration/ Everyone’s leaving town,” with a mild drawl.

Elsewhere, the album is more overtly melancholic, grappling with anxiety (“Rooftop Sleeper”), loss and Wheatley’s own battle with oropharyngeal cancer (“Cave In”), which was diagnosed in 2013. “Fortunately, with excellent treatment, everything is fine now,” says Wheatley.

As Wheatley’s album-release house show approaches, where he’ll be playing as a trio with Phillip Brantley and Zack Milster, he expresses a pride and joy tempered in reality. He acknowledges how fortunate he’s been to get chunks of time off from his day job for touring, but doesn’t go so far as to indicate that happening with Sailors and Ships. For now, Wheatley says he will stick to playing around town, with an occasional regional performance in Atlanta or Charleston to round things out.

“This is the first thing for me, and I’m busy with other stuff. I take it seriously, obviously, but I see it more as, right now, a recording project,” says Wheatley. “There’s no reason for me to do a two-week tour somewhere where nobody knows who I am.”

In other words, fret not, guitarists in need: Though he’s likely not anywhere near done proving his chops as a songwriter, this in-demand drummer isn’t hanging up the sticks just yet.