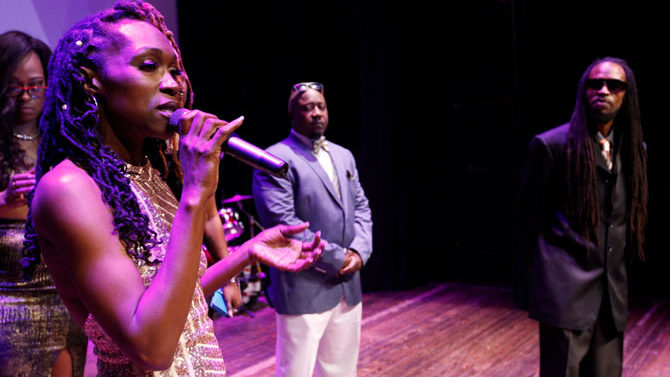 Since 2012, Knowa and Mokah Johnson have been doing all they can to bring together every aspect of Athens’ hip-hop culture, going beyond music and highlighting the food, style, art and language that connects everything from African-American churches to barber and beauty shops. Each year since 2013, they have presented the Athens Hip Hop Awards, an event aimed at recognizing the scene’s most significant players.

The couple have been in business together for over 10 years, running what is now known as United Group of Artists, a marketing and promotions company. Since moving to Athens from Orlando, the Johnsons have worked with artists from their hometown, Atlanta, Athens and surrounding areas. “We felt like we could live in Athens and still do the Atlanta life, and we completely went into the Athens life,” Mokah says.

Always busy, the Johnsons run their company independently, produce the Athens MLK Day Parade and Festival and the Athens Hip Hop Awards, and co-produce the Athens in Harmony concert series with local resident Pat Priest as a fundraiser for their nonprofit Athens Anti-Discrimination Movement (AADM). “We were part of a movement in our hometown, and we wanted to bring it to Athens,” Knowa says.

In their first year here, they worked on getting involved in the scene and hosted open-mic nights regularly. They saw the awards show as filling a need in the community. “When we first came, we thought it was more of a music market, but when we started to realize it was more of a rock [scene], we decided to start the Athens Hip Hop Awards,” Mokah says.

The Johnsons say Athens had a skewed perception of hip hop, and this event was a way to showcase the scene in new, positive ways. “We weren’t seeing urban music being represented, so we wanted to [do it] in a certain way with a certain presentation—so that’s why we do it on Sunday as a red carpet event,” Knowa says. The awards have been held at the Georgia Center, Morton Theatre and, since last year, The Foundry.

Each year, the ballot starts off blank for the community to fill in. The Johnsons chose that method because they wanted it to be a way to discover new artists, as well as see which ones were most recognized. After a first round of votes, it’s narrowed down to a select few, who are then voted on again, and winners are announced at the show.

The awards weekend features a few changes and additions this year, most notably an open mic and industry mixer Saturday evening at Max. The event will feature a panel presentation on how to market and get paid for your music, as well as a performance by DJ BlacqueStarr.

Featuring Misnomer—the 2018 Flagpole Athens Music Awards Artist of the Year—as a performer and backing band means jazz is going to be a larger part of the show than in the past. The Johnsons say that element will bring in something that’s been missing and reflect the rise of jazz influence in hip-hop music and vice versa, with artists like Robert Glasper blurring the lines and borrowing from the work of producers like J Dilla, DJ Premier and Nujabes.

The theme of the event this year is female empowerment, and all the presenters planned for the show are women. In fact, the empowerment theme has been a prominent facet of the awards show since its start.

“As African Americans, we feel connected to African Americans everywhere, and when there’s not a presence being represented in this particular place, we just felt like we should use the skills that we already have to try to bring people together, uplift and inspire them,” Knowa says.