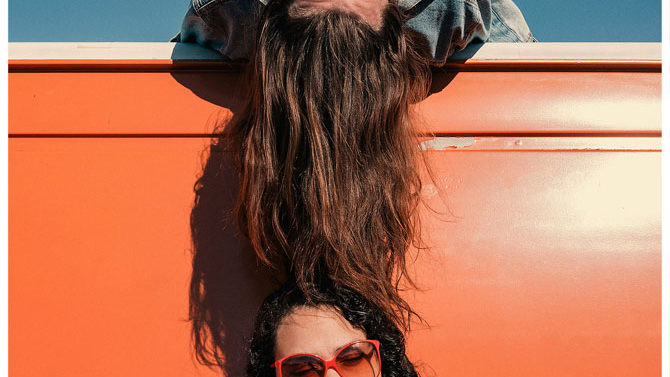 It’s both heartening and humbling to realize, compiling this annual list, just how many bright, creative, boundary-pushing musicians continue to call our small town home. Indeed, despite the lack of a marquee export, Athens music thrived in 2018. Here are Flagpole music contributors’ 10 favorite local albums of the year, in alphabetical order. Let this rundown serve as a reminder of how damn good we’ve got it in the Classic City. [Gabe Vodicka, music editor]

Cicada Rhythm’s harmonious core of bassist Andrea DeMarcus and guitarist Dave Kirslis left their geographic and creative comfort zones for their best release to date. Instead of recording in Athens with friends, the duo collaborated with Nashville producers Kenneth Pattengale (Milk Carton Kids) and Oliver Wood (The Wood Brothers). Higher ambitions went beyond rubbing shoulders with Music City’s Americana elite. From the whirring organ accompaniment on “America’s Open Roads” to the orchestral vibe of “Even in the Shallows,” the band spiffs up its formula. Fortunately, that added shine never overshadows the songs’ folk roots. [Bobby Moore]

Recorded in the aftermath of an unexpected family death, Dead Neighbors’ Less is an emotionally honest and cathartic post-punk record. Though it’s just over 30 minutes and only eight tracks long, Less feels expansive and varied. It has lengthy instrumental interludes, scream-along anthems and the occasional moment of quiet reflection. The album, which was completed almost a year before its early 2018 release, feels like a cementing moment for the young legacy of lead singer and guitarist Sebastian Marquez. After Less, it’s hard to argue that Marquez is anything other than one of Athens music’s MVPs. [Nathan Kerce]

Blending a familiar ’90s slacker sound with various indie-alt-rock influences collected over the past two decades, Eureka California has settled into its boppy niche with Roadrunners, which teems with surf-inspired guitar riffs and ferociously accented drums. The duo’s takes on personal isolation and political discord are concentrated into speedy tracks such as “Threads” and “Buffalo Bills 1990–1993,” each of which delivers the group’s signature breezy aggression in around two minutes or less. [Lily Guthrie]

The Glands spent nearly two decades being embraced by fans while confounding the industry. Although the group could have banked thousands of dollars on a regular basis by playing more shows, they would instead woodshed for years and then emerge to play tiny rooms. Now, in the still-waving wake of Ross Shapiro’s death, there’s this testament that engages listeners at the same pace and tone as previous releases. All the moments are here: beauty, humor, subtlety, melody, deceptive simplicity. Although the title is both a giggle and an epitaph, the music isn’t an endgame measure. It’s just more proof of how much work The Glands actually did—even when it seemed like they weren’t working. [Gordon Lamb]

On his debut for Normaltown Records, T. Hardy Morris turns down the upbeat garage and grunge influences that permeated his two prior albums. Aside from the relatively gleeful “Homemade Bliss,” this set of songs trudges through Morris’ internal dialogue about life, love and faith. “The Night Everything Changed,” “Cheating Life, Living Death,” “No Reason” and other selections add a poetic quality to the Southern Gothic storytelling Morris first explored with Dead Confederate. Beyond proving his talents as a lyricist, the new approach makes for quite the emotional roller-coaster when combined with prior material in a live setting. [BM]

After just a short time together, Neighbor Lady made a splash in Athens, Atlanta and beyond with Maybe Later. The four-piece is led by vocalist and guitarist Emily Braden, who is backed by seasoned rockers Merideth Hanscom (Semicircle) on bass, guitarist Jack Blauvelt (Dana Swimmer) and drummer Andrew McFarland (Reptar). The band seesaws between Southern rock and psychedelic indie sounds, and Braden’s strong but gentle vocals stroke the soul with candid and poetic lyrics. More now than ever, people need honesty, and Neighbor Lady has nothing but authenticity to share. [Lauren Leathers]

Flynne Collins’ mezzo voice cuts with chirpy poise through clangy punk melodies on Nihilist Cheerleader’s Riot, Right?, where you can hear the band’s Southern roots seep through its headbanging hits. The group’s sound is energetic and enjoyable, even as it aims to start a conversation about balances of power in societal structures. Staying true to retro roots amidst crunchy cacophony, Nihilist Cheerleader’s skill for blending rebellion and rapture is highlighted best in the songs “Drenched In,” “You’re Ur Uniform” and “Miss You Forever.” [LG]

The idea of transcendent communication is central to Partials’ debut EP, but in place of deity, one finds machine. With references to death ripping “out all the wire” and machines “absolving my soul” alongside hypnotic builds that layer repetitive, chant-like lyrics on top of funky instrumentation and Afrobeat rhythms, the EP effectively observes the worshipful and dependent relationship modern man has with technology. Apart from the vivid social commentary, Glossolalia is a relatable album to which almost anyone can get down—it could be the subject of a thesis, or it could be blasted at a dance party. [Abigail Sherrod]

Saline: You Did It to Yourself

Though the majority of the band has since skipped town, Saline’s long-gestating You Did It to Yourself was recorded in Athens and, at times, feels like a sprawling goodbye letter to the city written on a crumpled-up napkin. Incorporating elements of emo, post rock and synthpop, Saline forgoes formula in favor of unpredictability, and it pays off in spades. Though the nine-track album constantly flips between genres, lead singer Anna Staddon’s excellent lyrics and vocals serve as a connective tissue, tying everything together in a neat, easy-to-digest package. [NK]

The YOD: Checking In

The YOD has already proven to be a vital part of Athens’ hip-hop scene with its explosive and rowdy live shows. On its debut album, Checking In, the group of 10 artists from various backgrounds distills that energy into a vibrant collection of recordings. “Play With Y’all” and “Mr. T” are effortlessly catchy and hypnotic as they bounce along and blend in with “Sober” and “Blood Money,” thematically darker tracks that touch on some of the group’s demons. The record refines The YOD’s collective charisma and vision into a kinetic tour de force. [Tucker Pennington]