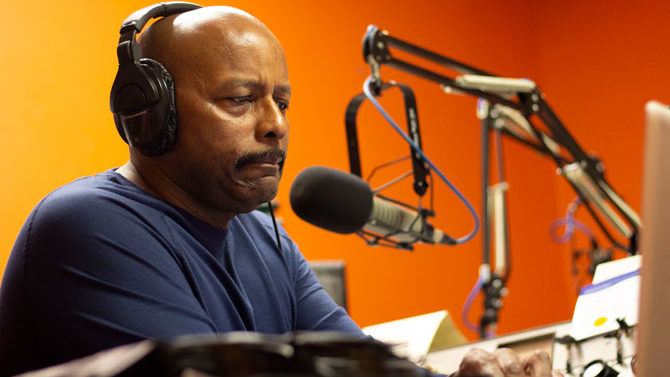 Since moving to Athens from New York eight years ago, DJ Dwain Segar has made it his mission to make smooth jazz a staple in the local music scene. Immediately after arriving in Athens, Segar approached local radio station WXAG 92.7 FM and 1470 AM about starting a smooth jazz show. They liked the idea, and he soon became the host of “The Segar Jazz Hour.” Later, the show became what it is today, “The Segar Jazz Affair,” broadcasting from 4–7 p.m. every Saturday.

“There were a lot of people here in Athens that knew of smooth jazz, but never had the listening ear for it, because they didn’t have it on radio,” Segar says.

About a month after launching the radio show, Segar decided he wanted to host a live smooth jazz series in town. The now-closed Aftermath was the first venue for his shows, which featured rotating guest artists. He then moved the performances to Omega Bar on Atlanta Highway for about three years before finding his current home at The Foundry. Segar has hosted the monthly series there for the past four years, and he says it’s the ideal place for his audience and performers.

On Dec. 16, Segar celebrates the concert’s 50th edition with a performance by saxophonist Tony Exum Jr. and his band. The show will also feature live poetry by Hazel Roach and artwork by Broderick Flanigan.

Segar hosts the show once a month. It’s “two sets, always on Sunday, always at The Foundry,” Segar says. At most shows, there’s also a poetry reading between the two sets. Segar says he enjoys meeting audience members, and whenever possible, he tries to interact with each of them personally. According to him, smooth jazz draws an older and more diverse crowd than is typically found downtown, giving them someplace to congregate and enjoy live entertainment.

Prior to starting the local series, Segar says he would drive to Atlanta every weekend to see live jazz. Later, he used connections made there to bring in guest musicians for his shows. Now, he says musicians from all over contact him to play in Athens. “Athens is on the map right now for smooth jazz, and we love it,” Segar says.

Segar also still hosts his popular radio show, and says his favorite part is the 5 o’clock hour, when he asks listeners to light candles and put out door signs that say, “Do not disturb,” since “DJ Segar’s on your radio,” he says.

His goal is to play mellow music that calms his listeners, offering them a “stress-free radio show.” He boasts, “If you listen to my show enough, you’ll become smooth—cooking smooth, driving smooth.” Segar says there’s a lot of overlap in his radio listeners and concertgoers, as he invites each crowd to experience the other.

The radio show is available online for live streaming, and Segar regularly streams it on Facebook Live. He also posts a weekly list of song picks on social media for his followers to listen to.

Even though Segar doesn’t personally play any instruments, his favorite is the saxophone, with some of his favorite contemporary musicians being Marion Meadows and Kim Waters. “Smooth jazz is just so relaxing—it’s very therapeutic,” Segar says.

When he’s not working his day job at J’s Bottle Shop, Segar is busy promoting all things smooth jazz. He plans for his radio show and concerts to grow and continue to bring in a variety of well-known jazz musicians as guests.

“It’s just so encouraging to know that I’m doing something positive for the community,” Segar says.