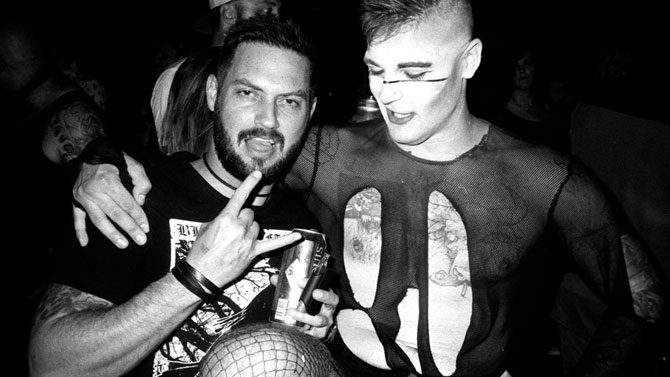 Childhood friends Dusty Gann and Steven Crowe teamed up to fill a musical void in Athens when they noticed the lack of a strong goth scene in town. Last year, the pair created Make America Goth Again, a recurring DJ night on the Georgia Theatre Rooftop.

Gann and Crowe, also known as DJ Wardaddy and DJ Crowe, work together at the Georgia Theatre and began discussing their shared love of goth music last year. They wanted to bring an event to Athens that would cater to those who love the genre, as well as those who are looking to experience it for the first time. The event has taken place eight times and is described by Gann and Crowe as a gothic dance party.

“It’s not just catering to an elite goth group,” Gann says. “It’s a dance party and celebration, and we want anyone who is even remotely interested to come try it out.”

The pair wanted to make an event that would cater to everyone, not just those who are already versed in goth tradition. For this reason, they make a point to include modern, upbeat music that one might not normally hear at a traditional goth event.

MAGA attendees might be surprised to know that neither Gann nor Crowe had ever DJed before starting the event. The first time they worked with any type of DJ equipment was when Crowe purchased a board and spent countless hours teaching himself, and later Gann, how to put songs together and curate a dance mix.

“I got some advice from other DJs on how to start out, and then I got to work,” Crowe says. “We put a lot of time and thought into this, and I think it shows.”

Crowe says the most important thing to him is that everyone feels welcome. Though most who attend MAGA are fans of goth and post-punk music, he says anyone who decides to go will have a good time, whether they’re familiar with the gloomy genre or not. “We don’t care if you’re all decked out or wearing a T-shirt and jeans,” Crowe says. “No one is judging anyone else, so come as you are and have a good time.” 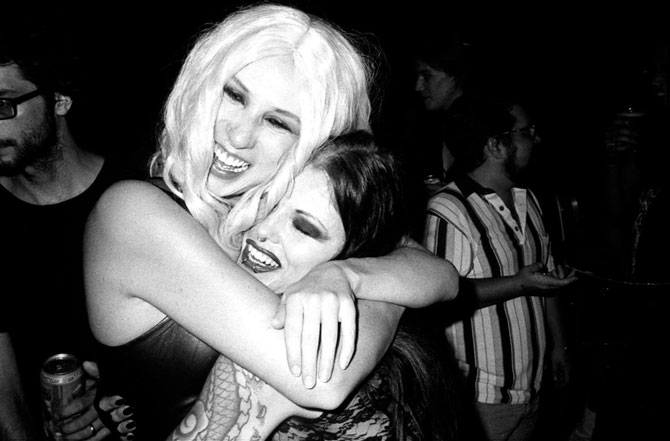 Gann agrees. He says his favorite aspect of the event is that he can introduce the people of Athens to something new. “Every time we have the event, I see people who have no idea what goth is come up to the roof and have an amazing time,” Gann says. “That’s absolutely my motivation to keep doing this.”

Since the first event, the pair has watched the goth scene in Athens grow. Established local goth bands like Tears for the Dying and newer acts like Vision Video have played before and after MAGA events. And Gann and Crowe are planning a showcase at Nowhere Bar in January that will exclusively feature local goth and post-punk bands.

“Before we started doing this, there wasn’t a concerted effort to put music like this in Athens,” Gann says. “I love the dance party we started, and I want to support musicians in the scene, as well to give them a platform.”