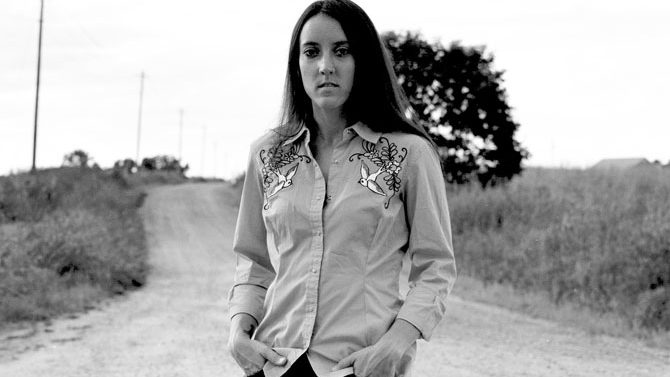 Originally from Opelika, AL and previously based in Birmingham, Novak moved to Athens in September 2017 and speaks highly of the music and character of the local community.

“This record isn’t the biggest reflection of my life as a whole—it’s pretty political,” Novak says. “I like being in Athens with the release of this album, because I feel like this community is really open-minded and really progressive. I’ve gotten nothing but intensely positive feedback at all of my live shows with these songs.”

From a young age, Novak showed musical talent. Piano and trombone lessons came first. Her dad bought her a bass guitar at age 12, and she fell in love. Music quickly became her passion, and she soon learned many other instruments, including violin, mandolin, banjo and pedal steel guitar.

Country musician Chris Posey brought Novak onstage for her first fiddling performance in 2013, and she credits Posey for inspiring the release of her first album, Chasing Ghosts, the very next year. Shortly after that, Novak joined Birmingham band Five Shot Jack as a vocalist, bassist and songwriter. She has been steadily releasing music since.

Novak produced the new record, which features her on fiddle and vocals, husband Kelen Rylee on guitar and longtime friend Blake Bolton and engineer Lester Nuby III switching instruments throughout. “They’re two very different players, stylistically,” says Novak. “If one of them sat down behind the drum kit and one of them grabbed the bass and I didn’t like what was happening, I would just say, ‘Change places.’”

The album’s title track was previously released as a single and is Novak’s personal favorite on the record. “I can always listen to that one and kind of ground myself to what I feel and… where I want to be,” Novak says.

Calling it an accidental concept album, Novak says Someone Else’s War reflects the world’s scary, seeming proximity to the brink of destruction.

“We are war-torn, we are interpersonally torn, everybody’s fighting all the time, social media is just a slew of arguments and hatred,” Novak says. “If we don’t do something about our climate, about our natural resources, about our attitudes toward other people—if we don’t just start being kind and conscious of what’s happening around us—we’re doomed, and soon.”

The first three songs on the album come from a poetry trilogy Novak wrote about the political and societal climate surrounding the 2016 election. “It’s a rallying cry—the record can either be taken at face value, or you can listen for something deeper.” Novak says. “There’s nothing insanely pointed unless you want it to be, but I, like a lot of Americans, was really scared in the fall of 2016, [so I] made a record about it.”

Even though the album often focuses on the darker side of human nature, the singer-songwriter emphasizes that most people have good in them, and we aren’t too far gone as a society. “I am perpetually saddened, but also perpetually really amazed by human nature,” Novak says. “It’s like, when I think we can’t get any more nasty, somebody does something really beautiful.”

Ultimately, Novak hopes her new album will inspire others to examine their place in an increasingly complex and combative world.

“At the end of the day, there are fights that occur within us and around us, and what are you gonna do about it?” Novak says. “Are you gonna let someone else deal with it, leave it up to chance, or are you gonna be proactive?”