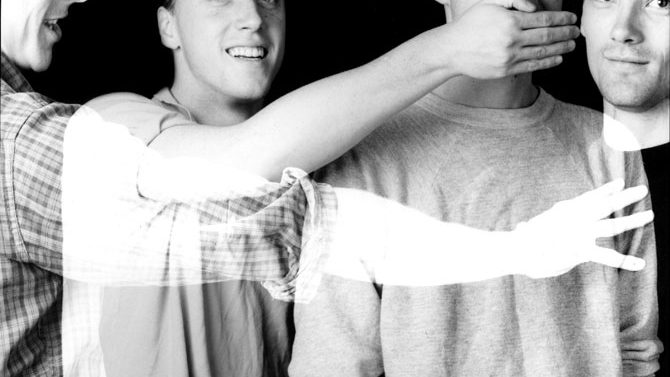 Welcome to Athens, kiddos! If you only know one cultural factoid about your adopted hometown, it’s probably that we’ve got a heck of a music scene. As the home of R.E.M., The B-52s, of Montreal, Pylon, Drive-By Truckers, Widespread Panic, Neutral Milk Hotel and other influential artists, the Classic City has birthed an outsized number of classic albums over the years. But beyond Automatic for the People, “Love Shack” and Southern Rock Opera, there’s a wealth of local music waiting to be discovered. Here are 15 of our writers’ favorite Athens albums from the past 35 years or so. Dig ’em up and get schooled. [Gabe Vodicka]

A key player in Athens’ early-’80s dance-rock renaissance, Love Tractor provided a brainy, measured counterbalance to Pylon’s wild-eyed groove. The group, led by guitarists Mike Richmond and Mark Cline and bassist Armistead Wellford—with various drummers, including R.E.M.’s Bill Berry, rounding out the lineup over the years—released a half-dozen LPs during its heyday (plus the solid 2001 comeback The Sky at Night), but it never quite topped its debut. The album can be playful (“Tropical”), poignant (“Seventeen Days”) and provocative (“Hairy Beat”)—sometimes all in the same two-minute song (“Sixty Degrees Below”). [GV]

Oh-OK was formed by Linda Hopper, Lynda Stipe (sister of R.E.M.’s Michael Stipe) and David Pierce in 1981, although Pierce and others, including power-pop star Matthew Sweet, came and went from the band over the years. The group combined proto-twee lyricism with catchy, post-punk guitar and bass lines paired with fast-paced drumming to create the indie-pop gems on its debut EP. After the band broke up, Stipe began recording with Hetch Hetchy, and Hopper formed Magnapop, but lately Oh-OK has been somewhat active again, even performing at last week’s Athens Popfest. [Frances Newton]

This 12-inch strikes a mysterious balance between early new wave and what millennials now call darkwave. The EP’s most memorable cut, “In Color,” lays out the blueprint for a propulsive sound that invokes Modern English’s early, goth-inspired post-punk and R.E.M.’s more austere moments—albeit in an underdeveloped way. But that sense of spontaneity, exploration and yearning, wrapped in a haze of silky black lo-fi production, make this an essential listen in the canon of Athens’ first golden era, right alongside Pylon, The B-52s and all the rest. [Chad Radford]

Perhaps the second-most influential album to emerge from the Elephant 6 collective (after Neutral Milk Hotel’s In the Aeroplane Over the Sea), Dusk at Cubist Castle acted as a sonic and spiritual mission statement for the then-budding recording company, which would inspire a generation of indie rockers with its high-minded, lo-fi approach. Will Cullen Hart and the late Bill Doss’ magnum opus owes a clear debt to ’60s psych-pop monoliths The Beatles and The Beach Boys, but the Olivias spotlight the music’s druggy underbelly, with the sprawling “Green Typewriters” suite serving as Dusk’s dissociative centerpiece. [GV] 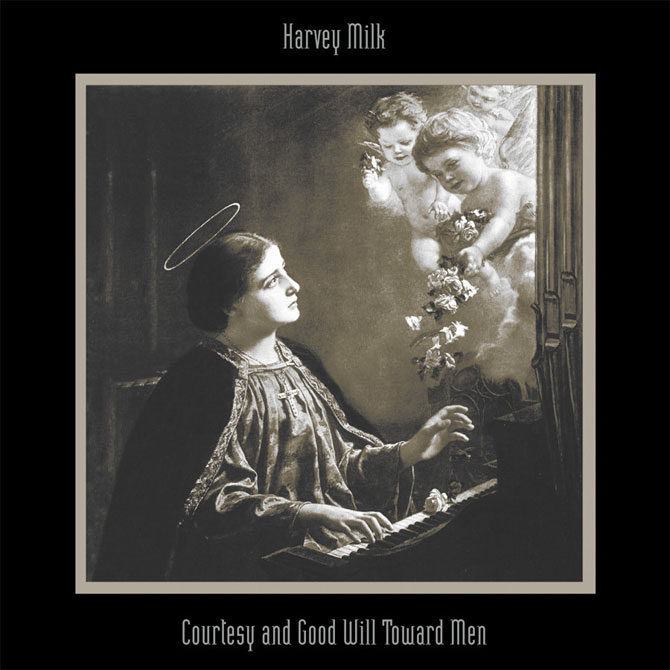 Harvey Milk: Courtesy and Good Will Toward Men (1996)

Providing a break from the lighthearted psychedelia of so many Athens groups, sludge-metal titan Harvey Milk specializes in punishing, heartbreaking walls of sound. Courtesy and Good Will was just the group’s second album, yet it finds the trio experimenting with styles and sounds in a way only an Athens band can. Tightly wound bursts of percussion clash with monstrous barrages of feedback and gnarled riffs, but there are also moments of tender introspection where folksy, melancholic ballads offset the heavier moments and their stunning anguish. It’s an album full of imposing pain, and an essential part of the local canon. [Tucker Pennington]

Led by vocalist and multi-instrumentalist Scott Spillane, The Gerbils are often left out of the discussion of Elephant 6’s greatest acts, and because of that, their debut never received a ton of love outside city limits. Released in the summer of 1998, Are You Sleepy? is a distillation of all of E6’s best elements, combining psych, twee and power pop in a way that is extremely accessible to new listeners. It may not have achieved the same international acclaim as Aeroplane or Cubist Castle, but Sleepy deserves to be reevaluated as one of the most definitive local records of the late ’90s. [Nathan Kerce]

Macha’s self-titled debut was a local anomaly in March of 1998. In Athens, E6 was flexing its muscles as Merge dropped Aeroplane. But on the national level, Tortoise’s TNT and June of 44’s Four Great Points had raised the bar for world and spiritual music that existed outside of indie rock’s tropes. With Macha, Josh McKay and Kai Riedl blended gamelan music and traditional Indonesian instruments with the American underground climate of the time. Aided by Athens’ finest musical sculptors, the group reached deeper and higher than any of its peers to turn out one of the definitive post-rock statements of the Clinton era. [CR] 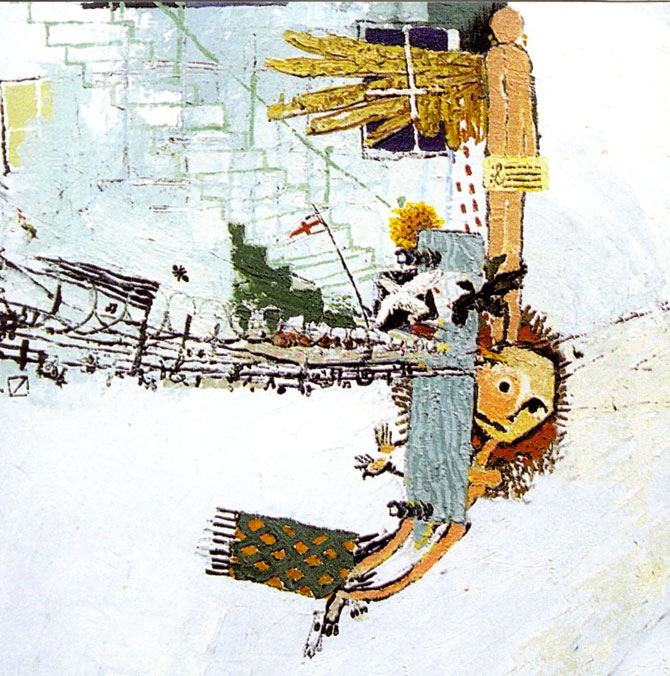 With its 1999 breakthrough, E6 cornerstone Elf Power took an unexpected turn, enlisting Mercury Rev bassist and Flaming Lips mentor Dave Fridmann to put his signature widescreen touch on the group’s unassuming psych-pop. The result was a warm, inviting LP that stands as a fascinating document of a band in transition, features some of frontman Andrew Rieger’s most evocative tunes—the lovely “Jane,” the wondrous “O What a Beautiful Dream”—and exposed the richly deserving Elves to their widest audience yet. [GV]

A layered confection of ambient alt-country enrobed in a rich, psychedelic glaze, Japancakes’ debut made an ideal capstone for a number of the decade’s musical trends—the DIY-meets-Danny Elfman spirit of pop-punk, the No Depression-era Americana revival and the genre-busting experimentalism of the band’s Kindercore brethren. The lush, swirling product of a group dedicated to orchestral improvisation—it started out as a 10-musician mission to perform a single, 45-minute chord onstage—Dallas is packed so full of melodies and textures—slide guitar atop violin atop vocoder atop a driving rock drumbeat—that it almost feels like too much dessert. [Marc Schultz] 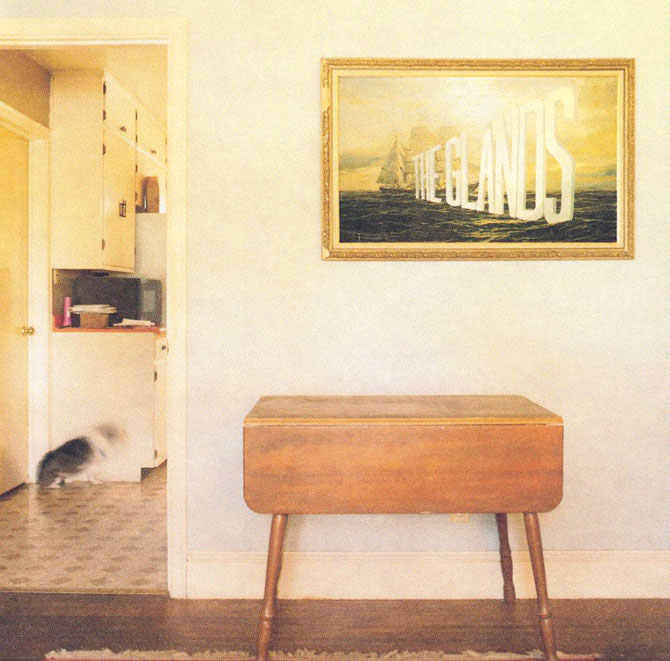 The Glands released two excellent full-lengths, with their effortless, intuitive 2000 outing standing as the consummate Athens album—your favorite local musician’s (or favorite local music journalist’s) favorite local record. The group surprised fans by teasing new material during a reunion earlier this decade, but the party was cut tragically short due to the death of frontman Ross Shapiro. Mercifully, we’ll always have The Glands and its perfectly sequenced, unforgettably melodic pop-rock. The album is still criminally overlooked by the wider listening public, though a reissue campaign is whispered to be in the works. [GV]

Formed during the early-2000s synthpop boom that also produced Mates of State and The Postal Service, I Am the World Trade Center had the high-quality dance tunes to make it big. Unfortunately, in the wake of 9/11, the duo’s name became a major roadblock, and it was never able to attain the superstar status its music deserved. The most enduring release from the band’s initial four-year run is its debut, on which Dan Geller provides New York City club-inspired beats to complement Amy Dykes’ smooth-as-silk vocals. NYC by way of Athens, the album’s major highlight is “Metro (Brooklyn Mix),” a stuttering, autotuned electro track. [NK]

In the early aughts, outsiders viewed the Classic City as the home of redneck rap, thanks to Bubba Sparxxx scoring a 2001 MTV hit with “Ugly.” In 2003, Herb and Skills set the record straight. Under the direction of producers Jorma Starratt and Hano Leathers, rappers Bird, Ishues, Jawz of Life, Fort Knox and more laid down stone-cold classics with a Wu-Tang sword style. For proof, look no further than Ishues’ razor-sharp verses on “The Saga Continues.” It’s forgotten history now, but press play on Spotify and the lyrical depth, full-bodied production and cinematic samples weave together a disarmingly profound time capsule from a sophisticated era of Southern hip hop. [CR]

Led by sisters Page and Claire Campbell and featuring multi-instrumentalist Suny Lyons, Hope for Agoldensummer gave Athens some beautifully emotional music over the years. The intentional construction of the band’s compositions is underlined by the confluence of standard folk instruments with unexpected tools, like bells and a singing saw, which gives the group’s music a unique, glowing humanity and tender warmth. The band’s 2007 LP falls somewhere between bluegrass and folk and makes a great soundtrack for any summer gathering of sad lovers and poets. [FN] 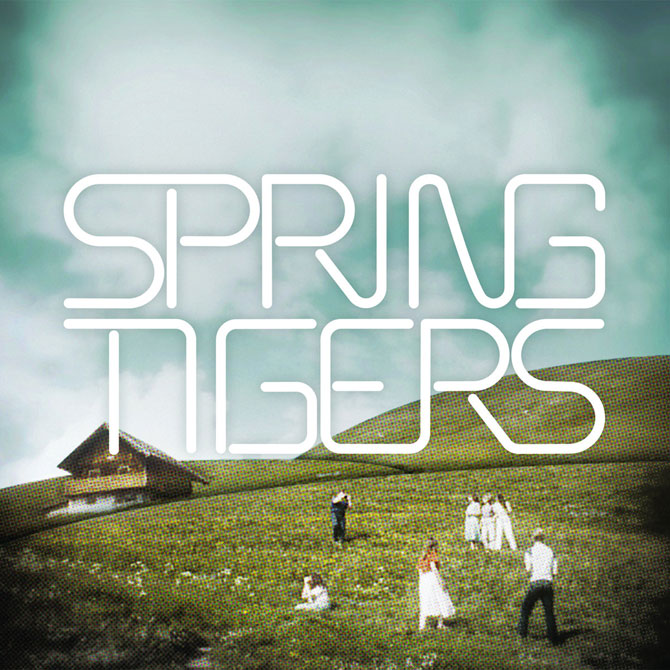 There’s no better case study in local-music serendipity than Spring Tigers’ origin story. With waning label support, frontman Kris Barratt and his band, The Capes, were left stranded in Athens while on tour in 2006. With no money to get back home to England, Barratt claimed the Classic City as his new residence and formed Spring Tigers, which released a self-titled EP in 2009. The mini-album closed out a golden age of peppy, melody-driven indie rock popularized in the wake of Britpop’s heyday, à la Razorlight and Boy Kill Boy. Following the dissolution of Spring Tigers, Barratt went on to lead the similarly styled Haints, but the earworm-laden EP would prove hard to top. [Andy Barton]

The late aughts were the Year(s) of the Tiger, with this great release from Twin Tigers arriving at the turn of the decade. The four-piece revolved around songwriters Matthew Rain and Aimee Morris and dwelled at the murkier end of the guitar-wielding spectrum, utilizing elements of post-punk, shoegaze and alt-rock fuzz to exhilarating effect. The soaring “Everyday” and “Sexless Love” are among a swath of tracks from the album that could hold their own against Interpol’s “PDA” or Snowden’s “Anti-Anti”—fitting, since Twin Tigers would end up touring with both before fading into the ether. [AB]