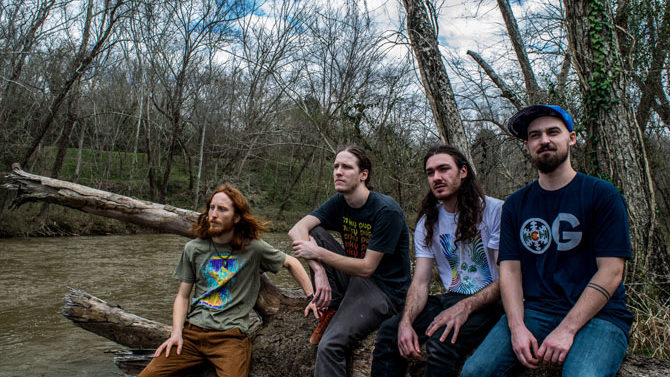 With three stages, 27 bands, nearly a dozen vendors and lots of art, the Sigh in July Music and Arts Festival returns this week. Eclectic Athens rock band Universal Sigh has hosted the festival at Live Wire for the past three years, bringing in a wide variety of musical talent—and now original art—for attendees to enjoy.

Sigh in July arose out of Universal Sigh’s members’ desire to showcase their favorite locals and out-of-town acts, with a focus on jam, funk, electronica and related genres. “It seems to fill a niche that we didn’t even quite understand was there,” says guitarist and vocalist Pace Maynard.

After a successful residency on the Georgia Theatre Rooftop in 2015, Universal Sigh approached the owners of Live Wire, the Robertson family, who liked the idea and agreed to host the two-day festival.

On the first day of this year’s fest, there will be two stages, one indoors and one outdoors. The second day will feature a third stage for the first time, in the parking lot of Dawg Gone Good BBQ down the street.

Headlining this year’s Sigh in July are Zach Deputy and Consider the Source, two nationally known bands appearing for the first time at the event. Other acts include Asheville, NC’s Third Nature, Atlanta’s The Yeti Trio, recent Flagpole Athens Music Award Artist and Album of the Year winner Misnomer and, of course, Universal Sigh playing both days, just to name a few.

“We absolutely would not be able to do anything like this if we didn’t have so many talented friends and people who really want to help contribute to make it,” Maynard says.

The festival is spearheaded by Maynard, Daniel Robertson of Live Wire and Erwin Schemankewitz of Ever Upward Entertainment. In hopes of drawing in a larger crowd, the focus will be shifted slightly this year to incorporate things other than music, such as performance art, a sculpture exhibit, a healing tent, mediation and yoga.

“I think this is going to be a step forward in a big way for the arts part [of the festival],” Maynard says.

A portion of proceeds will be donated to the Boys and Girls Club of Athens, as well as We’re hEAR for You, a local nonprofit that provides hearing and ear protection and education to musicians and concertgoers. Doors open at 3 p.m. both days, and two-day passes are available for $25 in advance or $35 at the door. Single-day passes are $20 each. The full passes also grant the buyer free admission to an official pre-party Thursday, July 19 at Live Wire featuring Animal Ace and Fux.

“Athens is known for music, and it was known for music way before any of us moved here,” Maynard says. “Part of the intention of the event is certainly to keep that flame alive in Athens.”