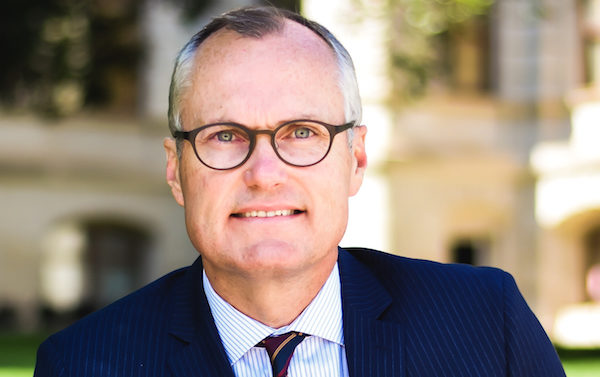 The endorsement could help stop Kemp’s momentum in the weeks leading up to the July 24 runoff. Cagle finished first out of five candidates with 39 percent of the vote on May 22, with Kemp trailing at 26 percent. Since then, though, Kemp has surged. A recent Atlanta Journal-Constitution poll gave Kemp a slight lead, 44 percent to 41 percent.

As his second term winds down, Deal remains popular, with an 85 percent approval rating among Republican voters—even higher than President Donald Trump.

The endorsement comes as little surprise, given that Deal and Cagle are both from Gainesville and have worked closely together over the past eight years to pass Deal’s agenda in the state Senate.

“In order to get those major changes through the General Assembly, I had two partners,” Deal said in a news release. “Because he has had a part in making these reforms happen, I think he is the best one to continue this tradition. My concern is let’s not undo or transform in a negative fashion the good reforms that have been put in place. For that reason, I believe that Casey Cagle will be the best candidate for that position as the next governor of our state.”

Cagle said in the news release that he would continue Deal’s legacy.

“Nathan Deal has few equals when it comes to visionary leadership and Christian character,” Cagle said. “He is a model I hope to follow not just as a governor but as a man, a husband and a father. Our state owes him a debt of gratitude we can’t repay because we’ll reap the benefit of his work for generations to come.

“I want to build on the foundation that Gov. Deal has created. We’ve partnered together to bring great success to this state, and I believe we’re in a position where—with the right leader—we can grow even stronger. Eight years ago, no one would have thought that we would grow by nearly 700,000 jobs and 40,000 businesses, become the No. 1 state in the nation for business, and cut taxes by billions. But, that’s what happens with rock-solid conservative leadership. I’m ready to be your next governor and I’m honored to have Gov. Nathan Deal’s support in that endeavor. Georgia voters strongly approve of Gov. Deal’s record of accomplishment. It’s one of the greatest honors of my life to have his support in this race.”

Read Wednesday’s Flagpole for a more in-depth take on the runoff.