Steve Earle Spits Fire on the State of Country Music 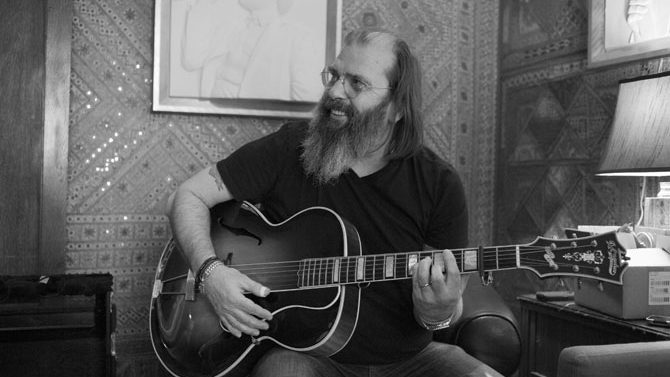 Like a lot of veteran artists more interested in writing great songs than chasing another hit, Steve Earle benefits from the ease of self-distribution afforded by the internet. But throughout the promotional cycle of his recent album, So You Wanna Be an Outlaw, it’s been another online staple that’s brought Earle a lot of attention—the hot take. In mid-June, he told the Guardian that many of today’s mainstream country singers are “just doing hip hop for people who are afraid of black people.”

The first half of that sadly accurate quote has mostly been left on the cutting room floor. Earle was comparing “bro-country” to the immensely talented women shunned by commercial radio.

“Right now, the best stuff that has been or could be played on country radio is being done by women, for the most part,” Earle says. “They have a harder time getting on radio. What’s happening in country music is sort of similar to what happened in the ’90s with what was left of rock and roll. I think there was a huge sexist reaction to Lilith Fair, and we had to put up with about 40 or 50 short-pants-guy rock bands in those several years.”

Earle cites Chris Stapleton as an exception to the rule—a male artist making art for art’s sake while gaining some mainstream traction. Yet Stapleton and Jason Isbell’s albums also back up Earle’s claims that the best modern country music involves women. After all, both men’s spouses help make their music great.

As its title implies, Earle’s new album revisits the Nashville he experienced in the ’70s, back when the likes of Townes Van Zandt and Guy and Susanna Clark brought a heightened sense of artistry to country music. Even then, commercial radio was not necessarily a viable means to discover the best young talent.

“Most of country radio was sort of a commercial for CB radio at the time, but you were hearing Waylon Jennings and Willie Nelson too,” Earle says. “Then that window closed before I could get a record deal, so I had to wait for another credibility scare in the 1980s. It just goes through cycles like that.” Despite first moving to Nashville in 1974, Earle did not enjoy the same success as some of his outlaw contemporaries until the title track of his 1986 solo debut Guitar Town cracked the Top 10.

“There’s a kid named Colter Wall. He’s from the middle of nowhere in Saskatchewan,” Earle says. “I think he’s the best young songwriter I’ve come across in a long, long time. He writes really, really great songs that are alliterated way past the decibel point. He’s the real deal. I thought the voice had to be put-on until I heard him talking. He just talks like that.”

Earle has made Athens a tour stop for well over 40 years, dating back to an opportunity to open for his songwriting idol Van Zandt at the Last Resort. “I followed Townes around Texas for a while, and then I figured out that he didn’t live anywhere, and I could see him a lot of places,” Earle says.

An early ’80s residency at a local place called Between the Hedges makes for a less touching story. Earle says a promoter pulled a gun on him after he asked for payment on the second night of a planned four-night residency.

Even without the added drama of living on the road with Van Zandt or encountering rogue promoters, Earle might just dial back the clock to those outlaw days when he takes the stage on Tuesday. As rappers—real ones, not those country radio imposters—might put it, this summer’s surprising master of musical hot takes might just spit fire about our country’s current state of affairs.