John Paul White Mines the Past to Find His Future 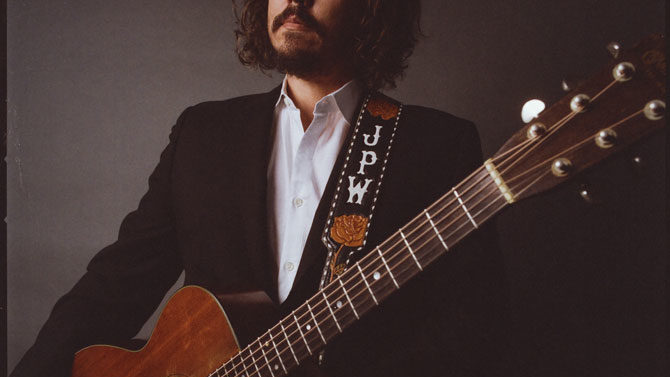 John Paul White’s new solo album, The Hurting Kind, beckons back to a simpler time in popular music. The lush arrangements and memorable melodies heard on “I Wish I Could Write You a Song” borrow heavily from such twangy teen idols as Roy Orbison and the Everly Brothers. Other songs—namely the Lee Ann Womack duet “This Isn’t Gonna End Well”—deal with country heartache with the same touch of class associated with Jim Reeves, Ray Price and other syrupy-smooth singers of the Nashville Sound.

Yet for White, a Music Row songwriter before he co-founded the Grammy-winning folk outfit The Civil Wars, the retro-leaning album represents a completely new approach to music-making and self-discovery.

“I’m in a weird place, in that I’ve been making music professionally for quite a while, but this record is the first time that I sat down with a blank sheet of paper and said, ‘Who are you? What do you sound like? What do you want to sing?’” White says. “For my first solo record for Capitol Records back in the 2000s, I had already written for like 10 or 12 years in the Music Row business, so I had all these songs to choose from… With The Civil Wars, everything’s 50/50 collaborative, so it’s not just 100 percent personal. Beulah, when I made that record a couple of years ago, it just kind of fell out without really thinking about it too much. Songs came to me, and I grabbed them as I could.”

After White settled on creating a ’60s-style country album from a modern perspective, he flipped through his publisher’s rolodex to identify possible collaborators and co-writers. He successfully lined up not just Womack but also legendary songwriter Bobby Braddock (“D-I-V-O-R-C-E,” “He Stopped Loving Her Today”) and proud University of Georgia alum “Whisperin’” Bill Anderson.

Braddock co-wrote the pessimistic “This Isn’t Gonna End Well,” which transformed from White wallowing in heartbreak alone to a duet featuring one of modern country’s greatest stylists.

“[I realized] this song would be so much more powerful if it’s not just one person saying, ‘Oh, I’ve been burned before, so I don’t want to do this again,’ or ‘You’re bad for me,’” White says. “I felt like it was more compelling if two people were saying, ‘This is stupid. We shouldn’t be doing it.’ It seemed like a much more powerful song—and it gave me an excuse to ask Lee Ann to sing for me.”

As for Anderson, White’s experiences back up every notion that the Country Music Hall of Famer’s Mr. Rogers-style positivity and charm isn’t a put-on.

“The first song we wrote was called ‘Dead to You,’ and he cut it on his record,” White says. “I started playing in 3/4 time, and he clapped his hands together and said, ‘Oh, we’re going to do a waltz!’ I just busted out laughing and was like, ‘Does nobody want to write a waltz around here?’ He said, ‘No, I can’t remember the last time I wrote a waltz.’ I said, ‘Man, I’m your guy! We are going to get along.’ From that point forward, I felt like I’d known him my whole life.”

White’s departure from modern Nashville’s norms goes beyond the use of stand-up bass and wire brush drumming. Last week, only one woman—Kelsea Ballerini—appeared in the top 10 of Billboard’s country radio chart. Fortunately, White doesn’t adhere to that unfair “Nashville number system.” His 10-song album features Third Man Records signee and white-hot fiddler Lillie Mae, as well as backup singers The Secret Sisters and Erin Rae, the latter of whom will join White on Thursday’s Foundry bill.

“I’d venture to say that all the best music being made in Nashville—maybe in the world—is made by women right now,” White said. “All the music I buy, all the music I listen to with my 16-year-old son, it’s always female singer-songwriters. I just feel like they’re crushing it right now, and I’m trying to pay attention and learn.”

White’s talented supporting cast, including a veteran backing band anchored by legendary bassist David Hood—the father of Drive-By Truckers’ Patterson Hood—is a case of real recognizing real. They’re all on board to create the best album possible—a concept often lost in a business built on hit singles and viral tracks.

“Records are so much different now,” White says. “It’s a singles-driven world, and I’m still stuck in that same format of wanting to make a full record. I’ll go down swinging, I guess.”