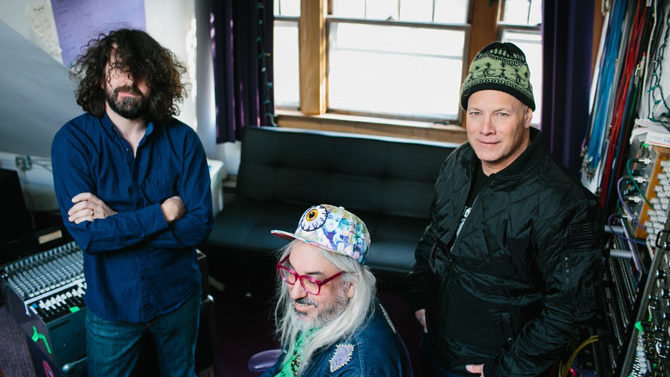 As Athens knows, there’s no better breeding ground for off-kilter rock music than a college campus. The Classic City’s claim to fame rests on the shoulders of bands from the late ’70s and early ’80s that took punk to interesting new places, ushering in the era of “alternative” music, or “college rock,” as it’s conveniently known. While we had our R.E.M. and B-52s, New England was an equally prominent hotbed for underground sounds, thrusting a slew of artists onto the national stage. Few of those were more significant than a noisy trio out of Amherst, MA called Dinosaur Jr.

Ahead of the band’s Georgia Theatre performance in support of its 11th studio album, last year’s Give a Glimpse of What Yer Not, here’s a look at five standout albums from the Dinosaur Jr. catalog that helped cement the group’s status as alt-rock heroes.

Dinosaur (1985) Before there was a Jr., there was simply Dinosaur, a young band that got loud. Its eponymous debut album covered much stylistic ground, drawing influence from hardcore, jangle-pop, metal and country. Although Dinosaur didn’t receive much commercial success, it opened the door for the New Englanders to perform more regularly throughout the Northeast in front of new audiences and influential indie artists like Sonic Youth.

You’re Living All Over Me (1987) The band joined the ranks of famed West Coast indie SST to release You’re Living All Over Me. Its sophomore album showcased a solidified sound, bringing each disparate influence together in a single song instead of spreading them out across the album. While the record boosted Dinosaur Jr.’s ascension in underground circles, testy band politics were becoming an issue. Two contributions from bassist Lou Barlow, “Lose” and “Poledo,” foreshadowed the advent of his equally influential indie-rock project, Sebadoh.

Green Mind (1991) The band’s major label debut for Sire Records was also its first without Barlow, who was kicked out of the band after touring behind its third album, Bug, wrapped. The majority of Green Mind was recorded by Mascis, who toned down the harsh distortion in favor of more layered arrangements featuring acoustic guitar and keyboard. The band enlisted a new bassist and toured heavily on the album with support from Nirvana, and overseas alongside Blur, My Bloody Valentine and the Jesus and Mary Chain.

Beyond (2007) Dinosaur Jr.’s long-awaited return, after a lengthy hiatus (over 15 years for the original lineup), came with the release of Beyond on Fat Possum. The album itself sounds like a time capsule of Dinosaur past, touching on most of the group’s cornerstones: Mascis’ slacker drawl; virtuosic, classic-rock inspired guitar solos; and a heavy-hitting rhythm section.

Farm (2009) Though Beyond was the band’s anticipated comeback, it was its 2009 follow-up, Farm, that packed the melodic, riff-filled punch expected of the alt-rock stalwarts. Recorded at Mascis’ home and released on Midwestern indie Jagjaguwar, the album captures the raw power of the trio’s original albums with more calculated precision. From the opening wallop of “Pieces” to the wah-wah accented “Over It” to the eight-and-a-half minute “I Don’t Wanna Go There,” Farm proved that the band was back in full force.