How to Book, Promote and Survive a Spring Tour 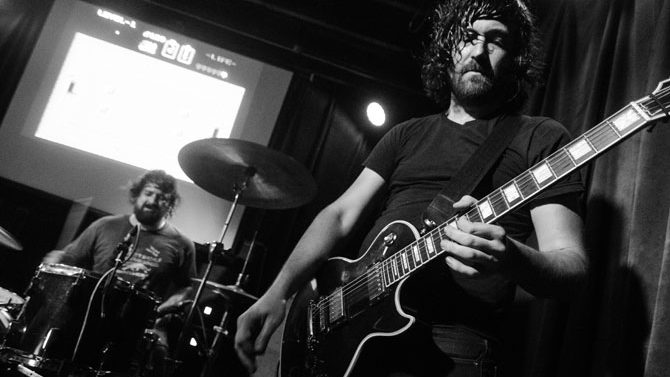 As we approach spring, Athens’ concert calendar also blossoms. Music venues have been hard at work booking shows throughout this unseasonably warm winter, as evidenced by the announcements that roll out with each passing day.

Just as we’ll start to see more touring acts swinging through town, spring is a time for local bands to branch out. Although the internet has made it easier to share music and information, many groups still feel the need to show face outside of their hometown—to increase their fanbase, connect with industry professionals and experience the ups and inevitable downs of life in the van.

Ahead of this touring season, Flagpole spoke to local-music experts of varying backgrounds and experiences to put together a dossier—with apologies to any former MI6 agents out there—on the ins and outs of playing out of town. This modest list of tips and tricks should help fledgling local acts hoping to hit the road, and give insight to outsiders on what it takes to go from hometown heroes to well-respected road warriors.

The bedrock of any tour is good booking. As a preliminary step to the tour itself, it can seem far less important—and less fun—than actually playing shows. However, if ample legwork and planning are done before hitting the road, the chance of hitting a snag along the way is greatly reduced.

After deciding on a general route—up and down the East Coast or throughout the Southeast are great places to start for a young band—start compiling lists of contacts for each city you hope to play in. Chances are, if you’re going on tour, you’ve shared bills in Athens and Atlanta with a bevy of out-of-town bands, so get back in touch with these folks first to see if they’re able to return the favor. At the very least, they’ll be able to point you in the direction of other bands that would make a good fit. 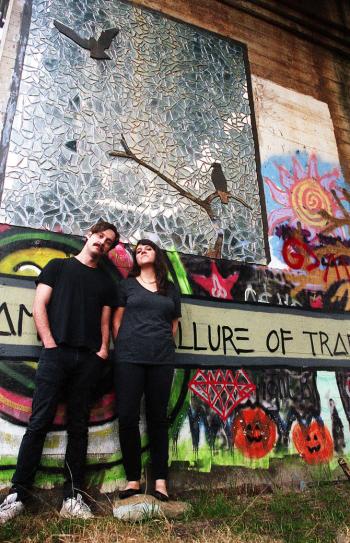 From there, don’t fear the cold contact. “We just start reaching out,” says Eureka California drummer Marie Uhler, “usually by email, to venues and promoters if we can find them, or bands we know in the area, and try to put things together.

“In the past, DoDIY has been a huge resource, but in the wake of DIY spaces being hunted and shut down, it’s not fully back online yet,” she adds. After the hugely popular Oakland, CA DIY venue The Ghost Ship tragically burned down late last year, underground spaces across the U.S. have been singled out by authorities and targeted by alt-right trolls online.

Owen Hunt, who keeps especially busy with booking and promoting shows locally, as well as playing in multiple projects like Dead Neighbors, Harlot Party and his own Swamp, echoes that sentiment, noting how DIY spaces he’s reached out to recently have either shut down or tightened their privacy settings.

Don’t let bigots rain on your touring parade, though. If there’s one thing music does best, it’s bring people together, and there are plenty of warm, welcoming scenesters out there looking to lend a helping hand. “The most rewarding [thing] is working really hard and finally locking in a show that you know is going to have a solid crowd, and play[ing] with some really cool bands,” says Hunt.

Keep in mind that more traditional venues, especially those in larger cities, need a few months’ notice in order to adequately promote the show. Bryant Williamson, local guitarist and operator of the Caledonia Lounge, usually likes to have three months’ notice when booking shows at his venue; clubs in Philadelphia, New York and Boston should be booked closer to five months out, he says. So, get bookin’, y’all!

After securing a solid string of shows, the next step is ensuring that each one receives ample attention. There are several avenues bands on a budget can take, but the major two are still traditional print media (and their accompanying online outlets) and social media, which has become a necessity for reaching current and prospective audiences.

The former, much like booking, requires a fair amount of lead time—close to two months in most cases, if not more. Take into account the fact that most writers need to pitch your story to an editor for coverage, do their own research, conduct an interview, write and submit the story for further edits and formatting before it prints.

To help make it as easy as possible for writers to understand why your band is important and deserves coverage as you stop through their city, Athens publicist Alyssa DeHayes recommends having a few key components ready: easy access to your music (a private Soundcloud or Bandcamp link if your record is unreleased, or a public link if it’s out already); an up-to-date band bio; album art, if applicable; and any relevant press quotes from other outlets.

“Press quotes can also show that a band is established, or building momentum, and help demonstrate that a band is noteworthy enough to be selected for coverage over the many other bands an editor is being pitched,” says DeHayes, who coordinates and carries out album-release and tour-promotion campaigns for Riot Act Media.

Social media, though an intrinsic part of human communication these days, can often get overlooked. Keep subtle aspects in mind, like posting to all your outlets regularly while on the road, and reminding Facebook event attendees when you’re nearing their city.

“[The] week of, share some videos or tracks on the event page so people who have RSVPed see notifications and are reminded,” suggests DeHayes. “People get busy and Facebook events get buried, so try texting your pals, and maybe they’ll bring more pals.”

You’ve made it. After weeks of emailing, practicing and saving up money, it’s time to hit the ol’ dusty trail. By all means, enjoy it, but keep a few things in mind while soldiering on and fighting for space in the van.

First off, as much as a tour can be viewed as an exciting adventure, you’re essentially working. For a short time, you may have managed to get away from whatever gig pays the bills, but being broke away from home is no fun, so take it seriously. If you’ve done your best with booking and promotion, it’s likely you’ll come away with a bit of coin from the door, on top of whatever you’re able to make from merchandise sales.

Be honest with yourselves, the venue and the promoter. Know what size audience you’re capable of drawing, and be professional at the venues you’re playing—they’ll take notice and look out for you. “We have very fair door deals, so if your band draws well, you don’t even need a guarantee,” says Williamson. “That’s how we see it at the Caledonia, at least.

“In my experience touring with Cinemechanica and Bit Brigade, this is also true of the venues we play,” Williamson continues. “We just set up door deals at venues, and I know the venues appreciate that. It’s fair. We make money based on the amount of people we draw into the room. If we don’t draw a good crowd into a room, I’m not interested in taking [money] out of the venue’s pocket.”

Finally, regardless of geography, music scenes are often close-knit, so maintaining rapport is essential to future success at home and on the road.

“If you are a band who gets along with everyone, is generally nice, shows up on time, doesn’t cause drama or trouble and just acts professionally—because it’s like going to work, it’s your job—then promoters and venues will try to help you build an audience,” says HHBTM Records head Mike Turner, highlighting the golden rule of touring. “Just being nice goes a long way. You’d think that wasn’t even a thing, but it is.”

“There are tons of ways to save money on the road, but I think folks need to figure that stuff out on their own. It’s different for everyone, and what works for some folks might not work for others. Don’t spend money on stuff you don’t need, and make a budget and stick to it. Check it each day, and adjust when you go over.” —Mike Turner

“Don’t make [the tour] too long. It doesn’t take very long to get into an on-tour mindset—sometimes a few hours, sometimes two days—but you find out pretty quick how you get along with people you have to spend 24 hours a day with.” —Marie Uhler

“I learned—as someone who was hosting touring bands at my house a ton at the time—that sometimes when you think you’re being a good host, the band wants to go to sleep.” —Alyssa DeHayes

“Skip the rider and just go for actual money. You can buy your own water, food, etc. No one really wants to have to run around getting stuff for a rider anyway.” —Mike Turner