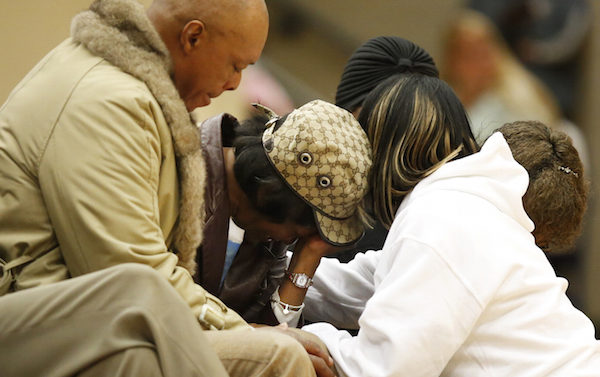 A crowd of over 300 people gathered at Cedar Shoals High School on Thursday for a vigil in remembrance of Athens native and former University of Georgia football player Quentin Moses, Andria Godard, and her daughter, Jasmine Godard, who died in a house fire Sept. 12.

The only people who talked ill of Moses were the players on the opposite side of the ball, who were faced with the challenge of getting by him, said Moses’ former high-school coach Scott Wilkins during the vigil. “On the field, he was a player that locked down the left side of the field defensively, and off the field he was a true gentleman,” Wilkins said, adding, “He was the best player I ever coached.”

After graduating from Cedar Shoals, Moses was a first-team All-SEC defensive end on Georgia’s SEC championship team in 2005. He went on to be drafted by the Oakland Raiders in 2006, and was cut that same year and picked up by the Miami Dolphins. In Miami, he came up with his first career sack on the Pittsburgh Steelers star quarterback Ben Roethlisberger, which just so happened to be showcased on Monday Night Football.

But the night of remembrance at his old high school was about so much more than his accolades as an athlete.

Thinking back on Moses’s life and time at Cedar Shoals brought smiles to a high school that recently suffered a black eye, said Ricky Smith, pastor of New Jerusalem Empowerment Ministry Church. “His work with the scholars and with the Boy and Girls Club set a great example, and I know him well, he was an awesome scholar,” said Smith, adding that Moses is going to be greatly missed in his community.

Athens Mayor Nancy Denson issued a resolution for a day of remembrance for all three lives lost.

“It was beautiful, and I thank the community, and I thank god for this vigil,” said Moses’ mother, Claudette Smith.