The Jesus and Mary Chain, Through the Years 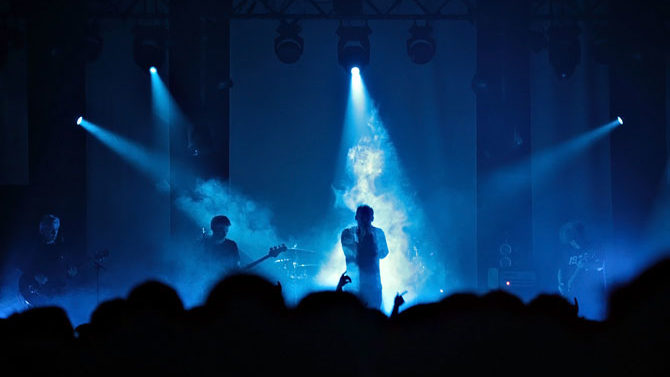 Believe it or not, there are musicians out there with no particular interest in shaking up the status quo. Instead of becoming the next big band, their intention is simply to play the kind of music they don’t hear enough of and think should exist. One such group, the Jesus and Mary Chain, falls into that category, but the band’s story differs from most artists with those same desires.

In fact, with the release of its debut, the Jesus and Mary Chain unknowingly set the precedent for alternative music for years to come, constructing the blueprint for shoegaze in the process and continuing to inspire bands with its inclination for both pop melodies and harsh distortion. We took a look at the band’s history and influence ahead of its performance at the Georgia Theatre.

1983: After years of planning, writing and recording, brothers Jim and William Reid form the Jesus and Mary Chain in East Kilbride, Scotland.

1984: Creation Records head Alan McGee gets ahold of the band’s demo, subsequently booking and promoting a Jesus and Mary Chain gig at The Living Room in London that summer. It lands the group a one-off signing to the legendary label. Its debut single, “Upside Down,” is released that fall.

1985: The band delivers its landmark debut, Psychocandy. Taking cues from seminal ’60s rock bands like the Velvet Underground and the Stooges and pop aficionados like the Beach Boys and Phil Spector, the album toys with two distinct sonic elements: bubblegum-sweet pop tunes and collages of extreme noise. The record’s feedback-laden guitar squall and catchy vocal melodies, coupled with the band’s notoriously raucous live shows, garners critical praise from music press; NME names Psychocandy the best album of the year. Drummer Bobby Gillespie leaves the group to focus on his band Primal Scream, which he had formed years before.

1987: After releasing another handful of singles, the band sets out on a UK tour, releasing its sophomore album, Darklands, along the way. The album sheds much of Psychocandy’s harshness, fine-tuning the group’s keen ear for melody and incorporating drum machines in place of live drums. That fall’s tour culminates dramatically when, after being heckled by fans throughout a gig at Toronto’s RPM Club, singer Jim Reid retaliates with his microphone stand. Charges are eventually dropped in exchange for a donation to the Salvation Army and an apology to those assaulted.

1992: Following the release of its generally overlooked third album, Automatic, and the Rollercoaster EP, the Jesus and Mary Chain makes a stunning comeback with Honey’s Dead. The album’s lead single, “Reverence,” tops the UK charts, and subsequent tour and promotional efforts focus heavily on cracking the American market. The Reids and their rotating cast of support musicians play David Letterman’s show that year and make an appearance at Perry Farrell’s burgeoning Lollapalooza festival.

1998: After re-joining Creation and signing to Sub Pop in America, the band releases Munki, its last album before disbanding.

2003–2013: The use of Psychocandy single “Just Like Honey” in Sofia Coppola’s 2003 film Lost in Translation reignites interest in the Jesus and Mary Chain, hipping a new generation of listeners to the band’s fuzzy, proto-shoegaze sound. The group reissues its first five albums on Rhino before playing Coachella in 2007, where it’s joined onstage by Lost in Translation star Scarlett Johansson. The band continues to release greatest-hits albums and box sets while touring off and on.

2014–2015: The band sets out on an expansive tour to celebrate the 30th anniversary of Psychocandy. Jim Reid also announces that the group has been recording its first album in nearly 17 years, reflecting a “more mature Mary Chain sound.”

2016: Ahead of a short North American tour, McGee announces that the band will release its new album in spring 2017.