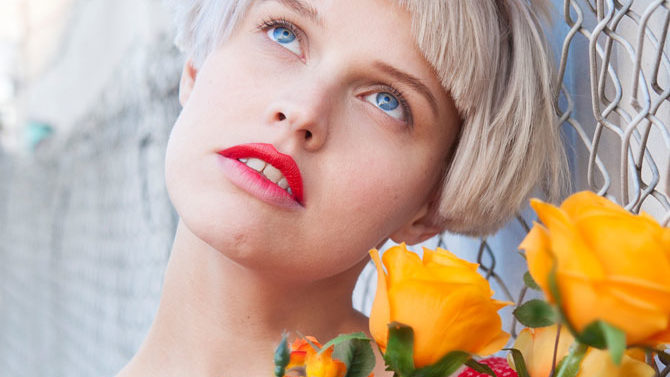 It’s been a little while since we last heard from folk-pop songstress and former Athenian Ruby Kendrick. Over the course of two albums, Kendrick carved out an unmistakable identity in the Classic City as Ruby the Rabbitfoot, injecting her gentle yet catchy ballads with flairs of rollicking Americana. By the time she left town, her songs and live show had developed the sort of pleasant nuance that often goes overlooked and under-appreciated in a town fixated on finding the next best college-rock band.

Since the release of her last album, New as Dew, on Normaltown Records in 2014, Kendrick has experienced her fair share of creative growth. Before New as Dew was even released, she shared the non-album track “Coffee & Honey” and its accompanying lo-fi music video; it was a misleading hint at the time, given the song’s slow-burning drum machine and wispy melody, but evidence that the gears were already turning and the songwriter was headed in a new direction.

Touring behind the album commenced, and Kendrick relocated to Los Angeles. While travel and a new setting can serve as the inspirational catalyst for an artist fixated on continuous growth, another development served as the biggest influence on Kendrick’s recently released third album, Divorce Party: a breakup.

“I want this to be a soundtrack for anyone going through a transition,” Kendrick says. “Having your heart broken is something that humans all experience. It’s how you learn and how you grow.”

Written at various points during the course of the relationship, Kendrick says Divorce Party’s nine tracks ultimately allowed her to process everything that transpired. To express those moments of total bliss and utter resentment, Kendrick opted for a completely new palette of sounds that pick up where “Coffee & Honey” left off; the live drums and twangy guitar of Ruby the Rabbitfoot’s past make way for beats and synths this time around.

“I’m a songwriter first and foremost, and I think in the past it’s been my nature to pick up the guitar,” says Kendrick. “But in my free time, I love pop music and rap music and R&B. So I had a heavier hand in the style I wanted this time.”

As Kendrick’s music changed, so did her process. “I believe all of these songs started off with vocal melody. The lyrics and melody would then inform the tempo, followed by the beat; then it would be a matter of figuring out the key and chord progressions,” she says.

To help bring her newfound sound and vision to life, Kendrick enlisted Athens producer Andy LeMaster, best known for his work with artists like Bright Eyes and Azure Ray. “It was primarily Andy and [me] off and on for a year,” she says. “I would go home and lay down my ideas and bring them to Andy, Andy would make edits, and I would take his ideas and go from there. It was very back and forth.”

Album opener “Beach Flowers” begins with an ocean wave of a synth as Kendrick declares, “I built you up into a castle in my brain/ And though it’s made of sand/ I like making plans just the same.” As rolling percussion pans from left to right and a simple bass line keeps the song grounded, she shares more: how she feels lonely, uncertain, let down. That makes way for a moment of self-empowerment in the chorus, as she belts, “I’m not afraid/ I’ve been torn to shreds, and I get up/ I do it again.”

Kendrick’s creative reinvention isn’t limited to just her music. Look to the goth-tinged video for that same standout track, with its oceanside choreography and makeshift seance, to see all that Ruby the Rabbitfoot has to offer. The video’s director, Natalie Neal, who has screened at Sundance, is an integral collaborator with Kendrick, rounding out the visual presentation of her art. “It’s been terrific. I love working with Natalie,” Kendrick says. “I feel like I can really surrender and know that I’m going to love the finished product. She taught me how to take flattering photos and ultimately feel comfortable in my body,” she adds.

Through the intense hardship of moving on from a relationship, Kendrick has found new life and a new direction for her art. Now, she says, she’s happy. “Even though there’s this connotation of disruption and heartbreak, divorce parties have a celebratory energy,” she says. “Every person that we love teaches us, so when it’s time to part ways, I think it’s beautiful to appreciate everything we’ve gained from the experience.”