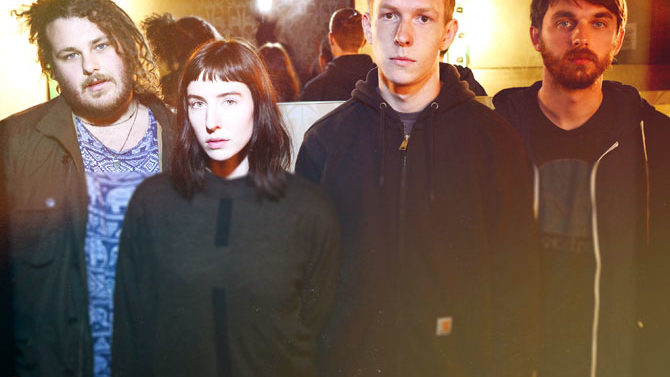 It seems impossible, but the first six months of 2016 are behind us. With summer’s swelter having slowed things to a crawl around these parts, we felt it would be a good chance to evaluate the Athens music scene based on its recorded output this year so far. Below, a few of Flagpole’s favorite local releases from 2016’s front half:

Arbor Labor Union: I Hear You

(Sub Pop) Despite a name change, the core of the band formerly known as Pinecones’ identity remains intact on the band’s sophomore album. As primal and ferocious as its debut, with a heavy emphasis on twang-inflected guitar and rhythmic groove, I Hear You channels Emerson, Thoreau and Whitman to create an inclusive listening experience. Singer Bo Orr’s voice is more tempered than on Sings For You Now—those titles alone should give listeners an indication that the band’s focus has shifted towards the shared experience—taking on the role of storyteller across engrossing, poetic vignettes. Songs like the chug-a-lugging “Radiant Mountain Road” and the slow-burning “Silent Oath” shirk structural changes, favoring repetitive figures that progressively build and find new footing along the way. They’re rides to be taken, ideas to be shared, songs to be heard. [Andy Barton]

(Independent Release) Singer/producer Ivano Milo’s debut EP under the Brother Mary moniker features five tracks of sad-sack dream-pop with a slight tinge of R&B influence. Though Milo is not exactly a strong vocalist, his lyrics about lost love and attempts to mend that broken bond are strong enough to make up for any shortcomings. In addition to the lyrical content, the production on Immolate! is a highlight. Every song is covered in a distinct haze that accentuates the dreamy, forlorn tone of the EP and transforms Brother Mary from a sad dude singing about being sad into something noteworthy. [Nathan Kerce]

Claire Cronin: Came Down a Storm

(Ba Da Bing) New Athens resident Claire Cronin turned many local heads with her first full-length of all-new material for New York indie Ba Da Bing. The six-track album, a collaboration with Deerhoof guitarist John Dieterich, features poet and songwriter Cronin’s most expressive lyrical work yet, paired perfectly with a rich but understated tapestry of studio sounds courtesy of the inventive Dieterich. As singer-songwriter records go, Came Down a Storm is one of the finest of the year so far—not only locally, but in a much wider context. [Gabe Vodicka]

(HHBTM) The lyrics on Eureka California’s third album display the same brainy wit that’s helped Speedy Ortiz stand out from the indie rock pack. Guitarist and vocalist Jake Ward punctuates a biting critique on social drinking called “Sober Sister” with an unexpected send-up of Martha and the Vandellas: “Summer’s here and the time is right/ For getting blackout drunk in the street.” Musically, Ward and drummer Marie Uhler rely more on melodic, breakneck garage-pop than indie-folk serenity. These seemingly contradictory influences—heartfelt storytelling and carefree party-punk—fit like a glove on Versus. [Bobby Moore]

(Independent Release) On Welcome to Earth, Erin Lovett sheds the extra layers of her recent full-band work, allowing her literary songwriting and idiosyncratic voice to carry this collection of emotionally hefty songs. The album’s title, taken from a baptismal address in Kurt Vonnegut’s God Bless You, Mr. Rosewater, reflects Lovett’s pivot; her focus has shifted towards a weathered and wise form of reflection. There are traces of whimsy—like the creature checklist on “Monsters (I Am Scared)” and the daydreamy “Old Sedan”—but this is a record to hold close when life’s turns require heavy evaluation, rather than crank up to drown out the noise. Lovett gracefully straddles the line between intimacy and detachment. The album ends with “All Year I Did Nothing But Think of You,” which encapsulates that moment in a relationship when insecurities make way for contentment. After all, babies, you’ve got to be kind. [AB]

(Independent Release) Lo-fi garage-punks Meth Wax are sadly calling it quits this summer, with their July 1 appearance at the Caledonia Lounge billed as their local swan song. Fortunately, singer and songwriter Daniel Tanghal has shared a heaping helping of his compositions on Bandcamp since 2013, culminating with the March release of a self-titled digital full-length. The 12-song collection paints a lasting picture of the band’s high-energy punk sound and quirky charm. Standout tracks “Verge of Destruction” and “I Wanna Do Acid and Get a Tattoo” best capture the band’s furious and funny take on sex, drugs and rock and roll. [BM]

Mothers: When You Walk a Long Distance You Are Tired

(Grand Jury) No Athens band has attracted as much outside attention over the past year as Mothers, which released its debut in February to immediate international acclaim. The album documents singer-songwriter Kristine Leschper’s swanlike transformation from unassuming solo folk artist to cool, confident bandleader. Though it feels, in retrospect, like a halfway marker given Mothers’ continued evolution as a four-piece over the past few months—fueled in part by a seemingly endless touring schedule—When You Walk… remains a stunning and sophisticated outing from one of Athens’ most essential groups. [GV]

(Normaltown) Unlike the airiness found on New Madrid’s earlier output, there’s a beating pulse throughout Magnetkingmagnetqueen. Producer and engineer David Barbe keeps frontman Phil McGill’s trademark washed-out yawps and howls firmly intact, but the band discovers its groove when it’s grooving together. The group earns more grit by taking cues from the krautrock tradition, as evidenced by the metallic and metronomic 11-minute “Guay Lo.” There are plenty of adventurous lead guitar tones from Graham Powers throughout, but the thump and pomp of bassist Ben Hackett and drummer Alex Woolley prove to be the driving force of the band’s third full-length. [Dan Mistich]

(Laser Brains) Featuring members of Modern Skirts, Tedo Stone and The District Attorneys, Purses has produced an album’s worth of congenial indie rock infused with a slight Americana influence. Obsess Much is 10 tracks of inoffensive, surprisingly catchy rock tunes. “Hitchhiker” could have torn up the charts on late-’90s alt-rock radio, while it’s not hard to imagine other album highlights, like “Clementine” and “Stella McCartney,” being played on a big festival stage in a few years. While some may not be interested in revisiting this sound, if you’ve missed Modern Skirts over the last three years, Purses is definitely going to scratch that itch. [NK]

(Independent Release) Justin “Loyal” Smith and Keefie “3ft” Johnson released Sawce on New Year’s Day, their second album together as Team SS. The extremely eclectic record finds the two putting on for their city (“Let’s Go”), waxing nostalgic on childhood barbecues (“I Remember”) and praising romantic partners (“Beautiful”) in equal measure, and places them at the front of the Athens hip hop pack. Producers Klubba Lang, Ace Infinity and Esskimo provide the duo with a diverse array of beats, keeping things interesting yet simple enough to keep the focus on each lyricist’s delivery. The sparse “World Drama” allows a line like “Sometimes it’s hard to get/ When you’re never taught to give” and other observations on policing and the Black Lives Matter movement to land with full force. No matter your stylistic leanings—socially conscious or braggadocious; low-key or club-friendly—you’ll find plenty to enjoy with Sawce. [AB]

(Plus 100) As Vaperror, prolific electronic producer Jeff Cardinal has released seven projects in just two years. Acid Arcadia indicates a slight shift away from his ambient-infused vaporwave material into something more appropriate for the dance floor. Heavily influenced by juke and other genres of aggressively fast dance music, songs like “Error On the Dancefloor” wouldn’t sound out of place in a Chicago footwork routine. Despite upping the BPM, Cardinal hasn’t abandoned the wistful nostalgia behind his production. Album highlight “Crystal Body” sounds like a TEKLIFE-esque juke-jam remix of the original “Crash Bandicoot” theme. [NK]

Vincas: Deep in the Well

(Learning Curve) Noisy three-piece Vincas’ long-awaited second album, Deep In the Well, has furthered Athens’ reputation as a heavy-rock stronghold. The band’s latest vision is a varied one. Most of bassist and lyricist Chris McNeal’s song ideas took shape as swift, abrasive gut punches, such as “Blackout” and “Blood Bleeds.” Psychedelic stoner jam “Death March” slows things down a tad, revealing the complexities of a sound that’s often presented as an adrenaline-fueled blur. Overall, Deep In the Well is the latest sign that Athens’ run as a noise-rock hotbed has only just begun. [BM]