Waka Flocka’s In Town, But Where the Hell is Flockaveli 2? 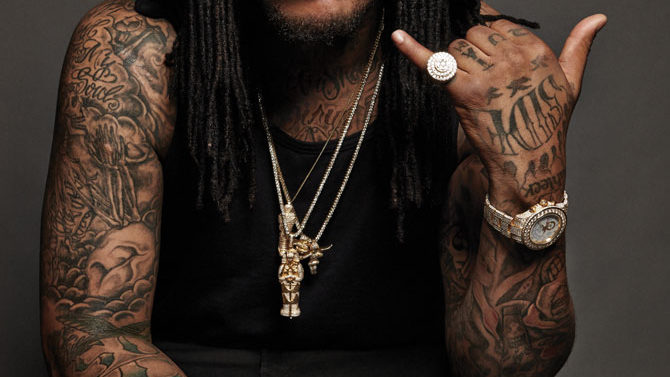 For the last five years, the world has waited for Atlanta rapper Waka Flocka Flame to drop an official sequel to his debut, Flockaveli. Despite dozens of “confirmed” release dates and fan anticipation hitting an all-time high, Flockaveli 2 still hasn’t come out. Ahead of Waka’s Georgia Theatre show this weekend, Flagpole took a look at the rapper’s timeline from Flockaveli until now, in an attempt to discover why we have yet to see a follow-up to the indisputable trap classic.

OCT. 5, 2010: After a string of successful mixtapes and street singles, Waka Flocka signs a collaborative deal with Warner Bros. and Gucci Mane’s 1017 Bricksquad Records to release Flockaveli. Though it recycles some of his mixtape material, Flockaveli quickly becomes known as a classic Atlanta hip hop record. The album’s scream-along hooks, confessional gangster-rap lyrics and trap-style production—provided by the likes of Lex Luger and Southside—enraptures hip hop fans everywhere and goes on to influence artists like Future and Kanye West.

2011–PRESENT DAY: Waka Flocka consistently releases strong mixtapes in lieu of an official follow-up to Flockaveli. (It would take an entirely separate article to chronicle these mixtapes—15 in total, by our estimation. If you want an easy place to start, check out anything from the Duflocka Rant or Salute Me Or Shoot Me series of tapes.)

MAR. 8, 2011: Waka poses nude for PETA’s “Ink Not Mink” campaign and continues to work for the organization for years to come.

AUG. 9, 2011: Waka Flocka and mentor Gucci Mane release a collaborative album, Ferrari Boyz, after rumors of a falling-out. It had become common knowledge on the Internet that the two longtime friends had grown to dislike each other after Gucci fired Waka’s mother, Debra Atney, as his manager in 2010. Despite these rumors, the rappers insist there is no beef and release this mediocre, chemistry-free album.

JUNE 8, 2012: After a few delays, Waka Flocka releases his second solo album, Triple F Life: Friends, Fans & Family. Though its initial sales are decent, Triple F is considered a critical and commercial failure. The album is far from catastrophically bad, but overt attempts to court radio play and a misguided acoustic track fail to impress and clash heavily with the stronger trap songs throughout.

MAR. 5, 2013: Gucci announces that Waka Flocka has been dropped from 1017 Bricksquad. Waka goes on to announce that he wishes to never work with or speak to his former friend again. While neither side directly acknowledges how the beef started, a lawsuit Gucci files against Waka, Atney and others alleges that there was an attempt to take leadership in 1017 Bricksquad away from Gucci. (Approximately one year later, Waka implies on Twitter that the beef has been squashed.)

JUNE 4, 2013: Flockaveli 2 is announced as completed by Waka on Twitter.

NOV. 27, 2013: After a string of festival appearances, it seems Waka is ready to fully embrace a hip hop-EDM crossover. He announces an EDM-based album titled Flockaveli Psychotics, saying it will feature collaborations with producers like Diplo and Steve Aoki. He later changes the title to Turn Up God, but it doesn’t matter, because it is never released.

MAY 5, 2014: Waka and his wife, Tammy Rivera, begin appearing regularly on the VH1 show “Love & Hip-Hop: Atlanta.” After one season on the show, a spinoff, “Meet the Flockas,” is announced.

FEB. 9, 2015: Waka tweets what appears to be a list of Flockaveli 2 collaborators, including heavyweights Jay Z, Kanye West, Drake, 50 Cent and Lil Wayne. He gives a release date of June 1, 2015.

NOV. 15, 2015: Waka has been calling out Atlantic Records (with whom he had been shuffled into business after some restructuring at Warner) on Twitter, claiming they are holding Flockaveli 2 hostage. He urges fans to call the label heads and demand its release. Eventually, he takes matters into his own hands, releasing one of his strongest mixtapes ever, appropriately named Flockaveli 1.5.

PRESENT DAY: Waka is still signed to Atlantic, and it seems that until he can get out of his contract, Flockaveli 2 will never be released.