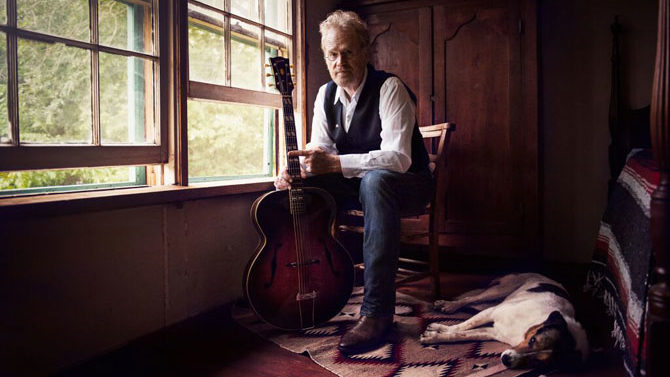 The story of country music veteran Bob Livingston begins in Austin, TX but ends up encompassing the globe. Once a sideman to legendary cowboys like Jerry Jeff Walker and a member of the storied Lost Gonzo Band, a group that helped to define Austin’s weirdness, Livingston’s songwriting style shifted when, in the late ‘80s, he first embarked on a state-sponsored international tour. Livingston says he discovered how the spirit of folk music inspired brotherhood across the world.

“On those foreign tours, I became a storyteller,” Livingston says. “They had never heard of Willie Nelson and Hank Williams, so I started telling stories to put them in the scene, and it transferred to me telling stories when I came back to America.”

After decades of touring abroad, he began working the storyteller format into his solo performances back home. Recently, Texas Tech University Press pushed him to put his wealth of country music experiences to paper in the form of a memoir. Foggy and forgotten memories quickly returned, and Livingston found himself buried in stories.

While some fans clamor for stories of Austin’s country heyday, Livingston is most concerned with capturing the spirit of his 32 international tours. In 1987, he heard rumors of the U.S. State Department sponsoring artists and musicians for a series of cultural programming around various U.S. embassies. Livingston pitched his setlist as an exploration of America’s folk legacy.

His international shows opened with the songs and stories of folk music’s journey from England and Ireland to the Appalachian mountains. From there, he played the obligatory Woody Guthrie covers, followed by a segue into Buddy Holly and the classic “Bo Diddley beat”—found in everything from The Strangeloves’ “I Want Candy” to “Screwdriver” by The White Stripes. Somewhere in those syncopated strums, foreign audiences found familiarity.

“These Eastern musicians would say something like, ‘There’s no way that the East and West can meet. We’re playing different modes and different time signatures,’” he recalls. “And then I start playing the Bo Diddley beat. It immediately changed the scene, so I at least had the musicians on board.”

Conveying the actual stories behind these songs to audiences unfamiliar with American folk music proved to be more difficult. Livingston says he used the story behind Buddy Holly’s “Not Fade Away” as a common thread. Like the Bo Diddley beat, the song’s refrain, “A love for real/ Not fade away,” was an effective means of eroding cultural barriers.

“I was playing for a group of art students in Yemen, and after the refrain this young woman just screams ‘yes!” he says. “No matter who you are, that’s relatable.”

Over the years, Livingston performed the song with Vietnamese geisha singers, Syrian flamenco guitarists and The Royal Oman Symphony Orchestra, just to name a few. His experiences finding brotherhood with musicians from all over the world gives him a perspective unrivaled by any country music contemporary—especially considering that touring war-torn countries like Syria seems like a far-flung idea now.

“I would assume that 90 percent of the people that came to our shows in some of these countries are dead or left the country,” Livingston says. “We were in Damascus and Aleppo, and now they’re complete ghost towns. [The State Department] won’t have this thing happen again for a generation or two.”

Decades after he made a name for himself among Austin’s left-field country icons, Livingston is entering perhaps the most important leg of his career. His recent group, Cowboys & Indians, has sought to bring the same sense of musical unity he found overseas to schools and theaters in Texas. The group features musicians from Austin and India joining together to find the middle ground between yodels and ragas.

In the process of rummaging through his memories, Livingston has discovered the uniqueness of his story. He says he found inspiration in Willie Nelson’s autobiography, It’s A Long Story. Livingston was amazed at the country icon’s prolificness, but he adds that he recognized he had something even Nelson couldn’t match.

“I’m not Willie Nelson,” he says. “I’m Bob, who’s gone to India and Bangladesh and Africa.”

WHO: Bob Livingston
WHERE: Hendershot’s Coffee Bar
WHEN: Sunday, Aug. 9, 7 p.m.
HOW MUCH: TBA