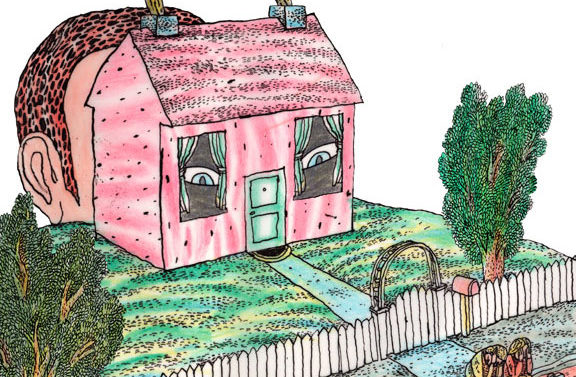 Every academic semester, UGA’s Lamar Dodd School of Art (LDSOA) hosts several series of public lectures by artists, scholars, critics and museum professionals from around the world. The visitors typically give hour-long lectures on topics related to their professional or creative career. These lectures are opportunities for students and locals alike to meet with and ask questions of the speaker.

The Visiting Artist/Scholar Lecture Series hosts several speakers each semester. The visitors typically spend three days working with students and faculty on campus before giving their lectures. Other more specialized lectures are held only once a year, like the Shouky Shaheen Lecture Series—which is supported by long-time LDSOA Board of Visitors member Shouky Shaheen and his wife, Doris—and a lecture by the Lamar Dodd Professorial Chair, who is the school’s annually appointed resident artist and visiting professor.

Unless otherwise specified, the lectures are held from 5:30–6:30 p.m. in Room S151 of LDSOA. More information can be found at art.uga.edu/programs/lectures.

Wednesday, Sept. 2: Visiting Artist Lecture: Henrik Drescher. A native of Copenhagen, Drescher has been working as an illustrator since dropping out after a brief stint in fine art school around 1970. He has since been published in magazines, newspapers and books throughout North America and Europe. His colorful multimedia work often features imaginative monsters and other gruesome-yet-whimsical figures that reflect his interest in non-academic art.

Tuesday, Sept. 9: Visiting Artist Lecture: Farrah Karapetian. Karapetian is a multimedia artist based out of Los Angeles. Her work uses sculpture and a modern take on an old process of photography known as photograms to create large installations that often deal with the topics of control, surrender and war.

Tuesday, Oct. 20: Visiting Artist Lecture: George Scheer. Scheer is the co-founder and director of a living museum and artist residency center known as Elsewhere in Greensboro, NC. This center, among his other public art projects, fosters creative conversations within the community about the role of art in social change.

Tuesday, Oct. 27: Shouky Shaheen Lecture: William Rudolph. Rudolph will give a lecture called “The Mysterious Joseph Blackburn: Fashionable Faces and Figures in the Colonial Atlantic World.” He is the San Antonio Museum of Art’s Chief Curator of Collections and Curator of American Art. Much of Dr. Rudolph’s research has focused on the interactions between American and European art in the 19th century, especially revolving around New Orleans.

Thursday, Feb. 18: Lamar Dodd Professorial Chair Lecture: Paul Pfeiffer. Pfeiffer is a multimedia artist working primarily in sculpture, photography and video. He has been appointed as the 2015–16 Dodd Chair and will hold the status of full professor during his residency.

Thursday, Feb. 25: Visiting Art Historian Lecture: Gregg Horowitz. Horowitz is a Professor of Philosophy and Chair of Social Science and Cultural Studies at the Pratt Institute in Brooklyn, NY. His work focuses on critical cultural theory, the relationship of aesthetics and authority, and a psychoanalytical re-thinking of the liberal arts.

Thursday, Mar. 29: Visiting Artist Lecture: Beth Cavener. Cavener is a sculptor whose work depicts the darker elements of human psychology such as fear, apathy, aggression and misunderstanding. She creates larger than life clay animals such as wolves, rabbits, deer and other creatures often seen at the center of animal fables—their bodies oddly contorted and with darkly expressive faces—to serve as visual metaphors for human primal instincts.

Saturday, Apr. 12: Visiting Art Critic Lecture: Jeannine Falino. Falino is an independent curator and museum consultant who specializes in metalwork, jewelry and other decorative arts. She has published several exhibition catalogues, working with the likes of the Museum of Arts and Design in New York City, the Museum of Fine Arts in Boston and Tiffany & Co.

Athens Power Rankings for the Week of Aug. 3